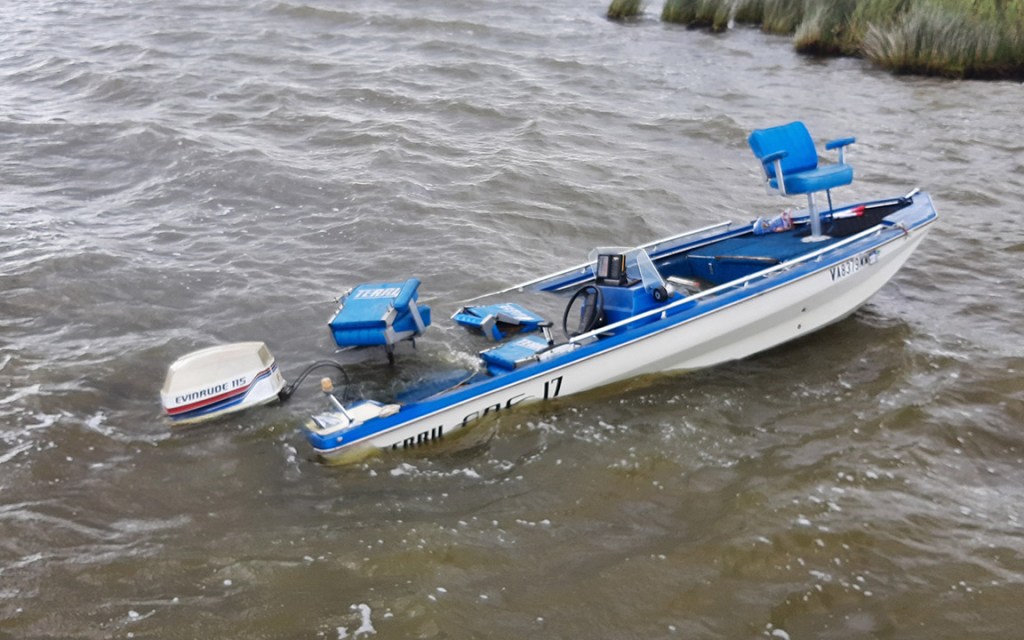 Currituck County Communications received a 911 call Monday, September 7 at approximately 10:30 a.m. from two men in a 17 ft. bass boat that was taking on water in the Currituck Sound near Long Point at the South end of Wells Bay.

CCSO deputies arrived on scene first and took the two men onto their patrol boat. The incident occurred after the 17 ft. vessel began taking water over the stern of the vessel as the two men were fishing.

The men attempted to start the vessel and were unsuccessful, according to Beardsley’s report. When officers arrived on scene, the boat was resting on the bottom of the sound in approximately 2.5 feet of water.

Both men – reported to be a father and adult son who are Virginia Beach residents – were rescued from the vessel and refused treatment from the Currituck EMS.

“We would like to remind boaters to check the weather before going out on the water and wear your lifejacket, especially in rough water,” stated Beardsley.