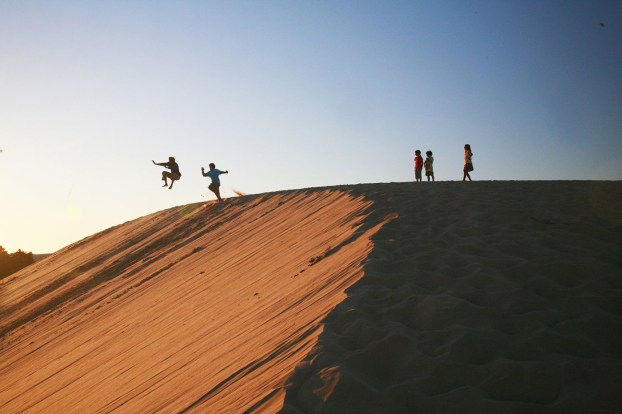 A light August 20 meeting agenda provided Dare County Tourism Board members plenty of time for a close look at how the county is rebounding from previous travel restrictions.

During public comments, National Park Service Superintendent Dave Hallac reported that, while Cape Hatteras National Seashore is experiencing record traffic numbers overall, there have been drops in visitation for some areas like Wright Brothers and Fort Raleigh.

Tourism Board executive director Lee Nettles said the Tourism Board website traffic numbers mirror those numbers, adding that there is likely a perception of safety for outdoor activities like the open seashore.

“In July our web traffic was up 40 percent with sites focusing on outdoor activities showing stronger numbers than those with indoor locations,” Nettles explained.

He went on to say that it appears the community has done a good job of letting visitors know what cannot be done, what is not recommended and what the expectations are.

“It is also important,” Nettles added, “to let visitors know what they can do and to understand what the different businesses and organizations are doing for their safety. Search traffic on our site suggests that people are here and are interested in doing safe things so we just need to help them along a little bit.”

Although budget and finance report figures support a position that visitors have flooded the Outer Banks, those numbers also include gains and losses.

Nettles said while 1.09 percent is not a large gain for occupancy, in view of the current economy any gain at this point is pretty substantial.

In spite of a number of COVID restrictions being in place, the June numbers for hotel/motel stays was up 2.18 percent, vacation rentals were up 1.3 percent and campgrounds were up 32 percent.

On the other end of the spectrum, restaurant prepared meal collections were down 10 percent, but considering that Phase II guidelines only allowed 50 percent cap on customers dining inside, only being off 10 percent may not be that bad a number.

“While we are trying to make up some of those deficits for being closed for a couple of months,” Nettles explained, “the numbers seem to be heading in the right direction. We need to continue with the three Ws, try to stay safe as a community and keep the storms away.”

Also suggested during public comments, with no board discussion or action, was a gift certificate stimulus program for area restaurants backed by the Tourism Board. There was, however, some discussion during staff reports about preparations for a fall advertising campaign. Nettles said plans include bringing back a newer version of a popular campaign. He added that a traditional travel guide is no longer in production and instead, a polybagged package will be inserted in the January issue of Southern Living.

At the end of the meeting, the next Dare County Tourism Board meeting was set for 9 a.m. on September 17.