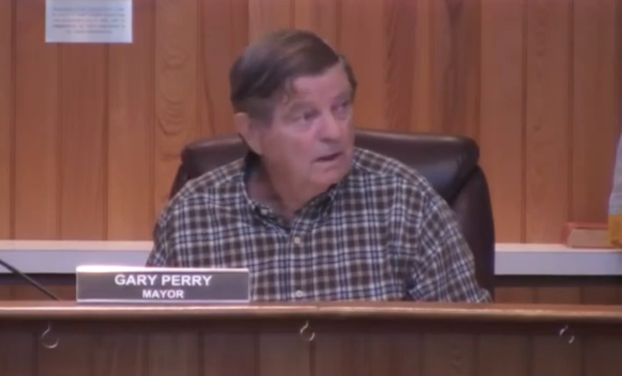 A short Kitty Hawk Town Council meeting agenda was made even shorter Monday, October 5, when one item was rescheduled to be heard Friday.

As the meeting opened, Mayor Gary Perry recommended pulling discussion on a revised budget from the evening’s agenda and rescheduling it for 9 a.m. Friday, October 9. With little or no discussion, a motion to reschedule that one item and approve the amended agenda was given unanimous approval.

During public comments, three speakers offered their views on an investigation into the July 25 death of Amanda LeeAnn Fletcher Hartleben in Kitty Hawk.

A local resident led off the session saying she was curious about the investigation and, while not anti-police, she feels in this specific case, there seem to be many things that were wrong.

In response, Perry pointed out that while he does not know how other areas operate, Kitty Hawk Council does not involve itself in an active investigation.

“Kitty Hawk incorporated as a council-manager system,” Perry explained. “By statute, council sets policy, tax rates and enacts town codes. The manager controls the staff.  The manager hires, he fires, he sets the stage, he controls that sort of thing. So council does not involve itself with that at all and has no legal jurisdiction to become involved in police investigations active or passive.”

Perry went on to say that while speakers are limited to three minutes, council will listen to all that wish to speak and asked if any others in attendance wanted to speak.

“To let you know coming into this,” Perry continued, “Kitty Hawk council fully supports the Kitty Hawk Police Department and I expect that support to continue. Kitty Hawk council also supports town management and staff who have done a good job for several years and there is no reason yet not to support that. If it changes here tonight, then so be it. That’s the way, going into this, what you are talking to.”

After it was voiced from the audience that speaking would be a waste of time because council does not care, Perry advised that if speakers were not going to come up to the podium and speak properly, council would move on.

One said she was not happy about what she considered a prime suspect in a murder case running around Buxton for the past two months and another said that she did not understand why so little was done by officers at the scene or how so much was missed and not processed.

When asked about the case, Kitty Hawk Police Chief Joel Johnson said that it would be inappropriate for him to comment on an active investigation and referred all questions to the District Attorney’s office. Calls to the DA to confirm the status of the investigation were unsuccessful at press time.

Moving to the consent agenda, council approved the September 8 council meeting minutes, several budget amendments and a Bell’s Tree Service bid to remove vegetative debris from streams and ditches caused by Hurricane Florence with $59,702.40 to be paid from the Hurricane Florence Disaster Response Act money.

The next council vote was to schedule a public hearing for November 2 for a conditional use permit request by Sheepdog Ministries for a church to be located at 3834 North Croatan Highway.

As the meeting drew to a close, during his comments, town manager Andy Stewart advised that fall chipping is set to begin Monday, October 19 and that any debris to be collected should be in the right of way by October 18 with additional information on the town website.

Stewart also reminded everyone that with the election next month, the November 2 meeting would begin at 5 p.m.

With the evening’s business completed the meeting was recessed until 9 a.m. Friday, October 9, to review a revised FY 2020-21 Budget.

Draft EIS for Cape Hatteras National Seashore out for review

Currituck Chamber of Commerce honors companies and individuals with awards