A social media post Monday announced that a Target store would be coming to the former Kmart location at 1901 North Croatan Hwy. in Kill Devil Hills.

No other details were included in the Facebook post other than Target will tear down the old retail store building and open a new store on that site. A call to OBX Island Guys Real Estate Group was not returned by press time.

A Target spokesperson did confirm in an email message late Monday evening that Target does have plans to open a store in Kill Devil Hills.

“We’re excited to bring an easy, safe and convenient shopping experience to new guests in the community with this new Target store,” stated the spokesperson. “Located at 1091 N. Croatan Hwy., the store will be approximately 80,000 square feet. As we get closer to opening the store, we’ll have more specific details to share – including how the shopping experience will be tailored to serve local guests and the grand opening date.” 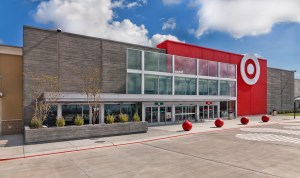 “It was news to us today,” said Town of Kill Devil Hills assistant planning director Cameron Ray on Monday. “Since Kmart vacated the building we have been inundated with commercial real estate agents, designers from different firms, engineers and architects mostly doing their due diligence on what could be in the building. We have had people ask about certain uses but nobody has mentioned Target.”

According to Ray, part of the surprise is that most lenders want something in writing from the town saying that the existing use, or the proposed use, is allowed in the Town of Kill Devil Hills.

“We issue zoning compliance letters all the time, which is really common for the changing of hands of a commercial business and we have not received that.”

The steps behind getting into the building would depend on what is being proposed.

“If it’s like for like, a retail department store similar to Kmart, that is already a permitted use and that is what the site was approved for,” he explained. “Understanding that every corporate type of business is different, I’m sure they may want to make some architectural changes or other minor changes. All those would be subject to our codes today and likely reviewed by our Planning Board and Board of Commissioners.”

Ray did say that there is an administrative review process by town staff to receive a building permit for minor changes.

“I think most businesses would want to make some changes if only to spruce things up,” Ray continued. “If rumor of the old building being torn down and a new structure built is true, then a full site plan review would be required.”

Kmart opened the Kill Devil Hills store in 1992. It closed this past April and was reported to be the last remaining Kmart in North Carolina.

Target, headquartered in Minneapolis, Minn., opened in 1962 under The Dayton Company and promotes itself as a general merchandise retailer with stores in all 50 U.S. states and the District of Columbia.