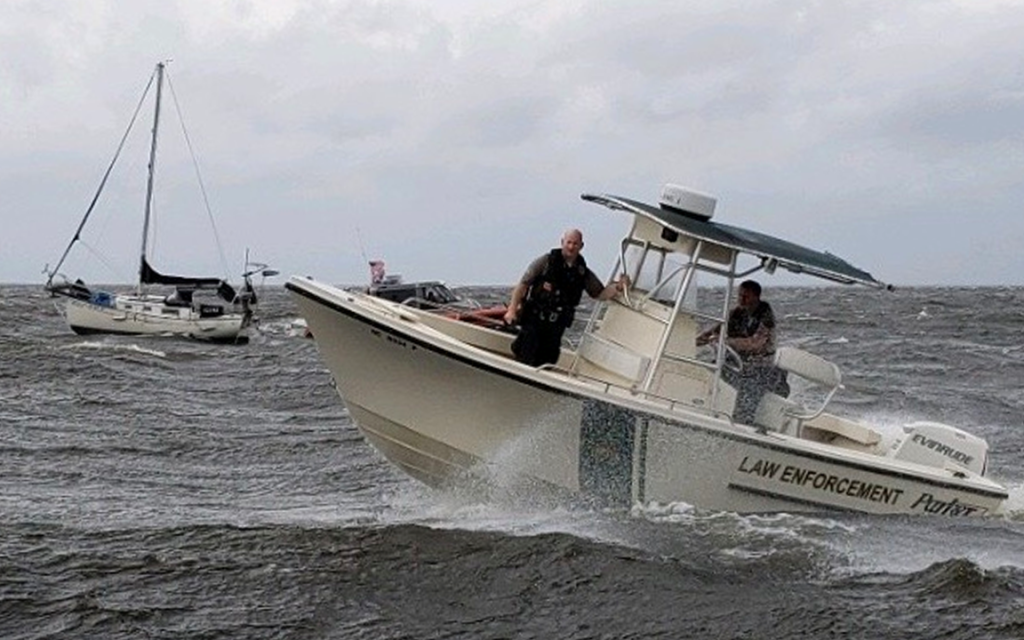 Sergeant John Beardsley with the North Carolina Wildlife Resources Commission Law Enforcement Division reported that on Wednesday, October 29 at 12:30 p.m., NC Wildlife received a call from the U.S. Coast Guard in reference to a sailboat in distress in the Albemarle Sound near the Scuppernong River.

The man was found uninjured. He was unable to make any headway in the small sailboat due to the strong winds, according to Beardsley.

The sailboat operator was approximately 6 miles northeast of the Scuppernong River and 1.5 miles offshore.

NC Wildlife Officer Chad Warren and Beardsley also responded as well as a U.S. Coast Guard boat from Elizabeth City. The U.S. Coast Guard crew agreed to tow the man and his sailboat to Columbia to wait out the bad weather.

“The NC Wildlife Resources Commission would like to encourage boaters to pay close attention to the weather before getting underway and always wear your life jacket,” stated Beardsley.