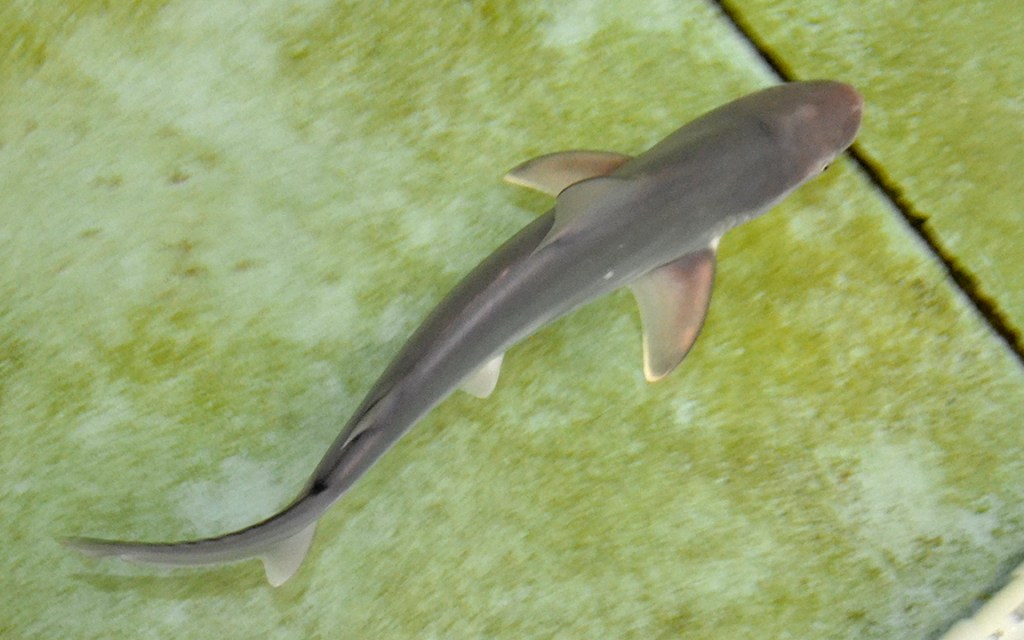 A female sandbar shark pup is under care and observation at the North Carolina Aquarium on Roanoke Island after being born October 16. Courtesy NCARI

Staff members at the North Carolina Aquarium on Roanoke Island are caring for a shark pup born Oct. 16 in the aquarium’s Graveyard of the Atlantic gallery.

According to the aquarium, the two-pound female sandbar shark pup is being watched in an area out of public view.

“We are closely monitoring the animal’s behavior and body condition and tracking its progress,” said husbandry curator Elizabeth Huber. “There are many developmental milestones to go before we can be confident that it is thriving.”

The new arrival sent ripples of excitement through aquarium staff, who don’t often get a chance to see newborn sharks, stated a press release from the aquarium.

Two female pups were born in the Graveyard of the Atlantic habitat and quickly moved to intensive care after staff worked quickly to retrieve them. They were retrieved within minutes by netting to protect them from other animals in the exhibit. After being carefully brought into an acclimation pool connected to the Graveyard of the Atlantic habitat, they were moved to the holding pool behind the scenes in quarantine.

“Unfortunately, one of the sharks did not survive the first night,” stated the release. “The cause of the animal’s death has not yet been determined but tests will be performed to gather information.”

Though there aren’t firm numbers in cases like these, the survivability rate of shark pups in the natural world are low, according to the aquarium. “Biologically, sharks have multiple offspring to increase the chances of surviving the challenges of early life. Animals breeding in an aquarium habitat is a positive indicator of good animal welfare,” the release continued.

An upcoming veterinary check will help firm up some more details about the health and condition of the baby shark.

Sandbar sharks, like many other species of shark, have live births and pups have the same features and proportions as adult sharks. They look, Huber says, just like adult sharks, only smaller. 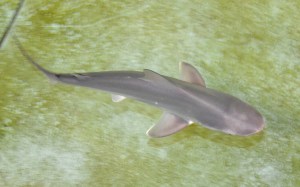 “For the first couple of weeks, the newborn can survive off an internal yolk sac which provides nutrients, but we would like to see her taking in other foods we are providing,” said Huber, who explained why the pup is being offered a range of food options in hopes to entice it into eating.

In the meantime, the aquarium’s husbandry experts have also assist-fed the shark to provide necessary nutrients and any needed medicine.

“We are watching very closely for positive progress,” Huber said.

Yes, Virginia Dare, there will be a Santa Claus…