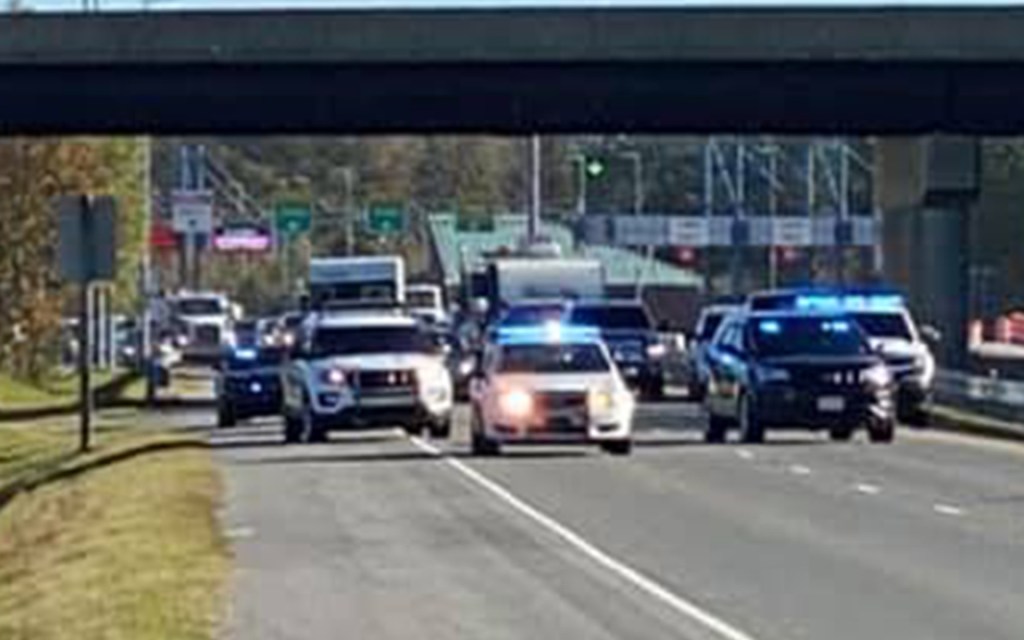 An armed robbery suspect has been apprehended after a chase through Currituck.

On Monday afternoon, Currituck County Sheriff Matthew Beickert said the incident began just after 9:30 Monday morning when the armed suspect approached a person in front of the Food Lion in Grandy and robbed a computer tablet from the person. The suspect then fled in a truck that had been stolen in Chesapeake, Va.

During the police chase, the suspect pulled into the parking lot at Mutt & Jeff’s – where according to a release from CCSO, he fired a round into the passenger window – and  ran into the wooded area near the rest stop.

A release from CCSO stated it surrounded the area and used SWAT, Highway Patrol and Dare MedFlight to comb the area.

“The suspect flushed out to the highway and held another motorist at gunpoint to take a truck which led into a pursuit that went into Chesapeake,” stated the release. “We, with the help of Chesapeake Police, captured the suspect after a foot chase and now he is being detained. Thank you to all called in for your thoughts and prayers!”