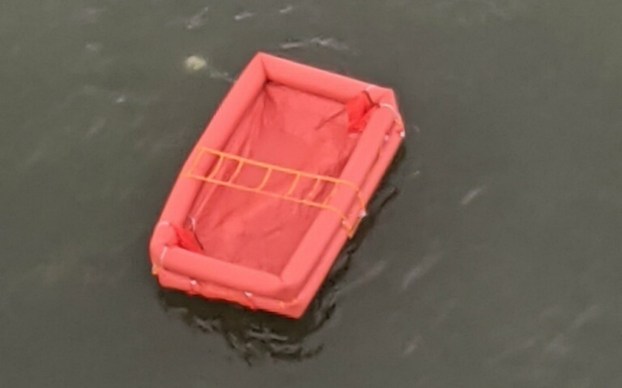 The U.S. Coast Guard has suspended its search for people after an empty raft was spotted off the shore of North Carolina’s Outer Banks.

She said the raft appeared to be brand new and that there were not indications that it had been occupied. The Coast Guard also found no corresponding reports of missing people.

The life raft was spotted one mile offshore of Buxton on Thursday. A Coast Guard aircrew had deployed a swimmer to observe the raft more closely. It was a six-man orange life raft with a sea anchor inside and no visible marine growth or markings.