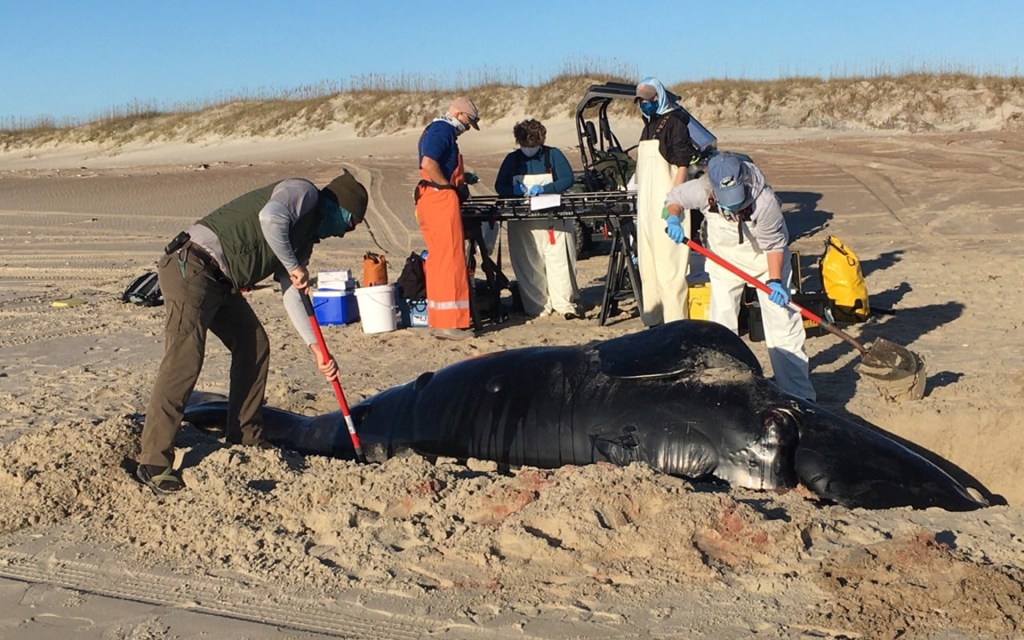 A right whale calf lies on its side on the beach in the foreground while two of the scientists dig around it in the sand with shovels. The other three in the group work in the background on processing some of the samples they took from the calf. Cape Lookout National Seashore

The National Park Service says scientists are trying to discover the cause of death of a whale calf belonging to “one of the rarest marine mammals” on earth after it was found stranded on a Cape Lookout National Seashore beach.

On Saturday, biologists performed a necropsy on the North Atlantic right whale calf to look for the cause of death and took DNA samples in an attempt to identify the calf’s mother. The National Park Service at Cape Lookout National Seashore posted news of the whale’s death on its Facebook page.

The park service says right whales are critically endangered with only about 360 of the animals are still alive and about five or six calves are born each year.