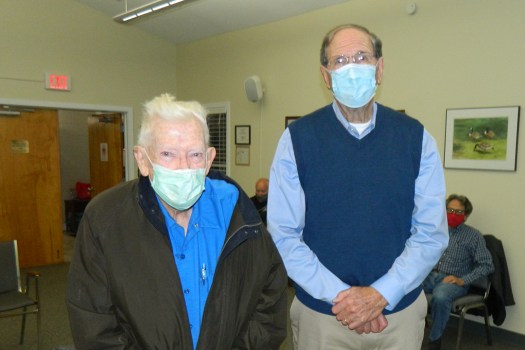 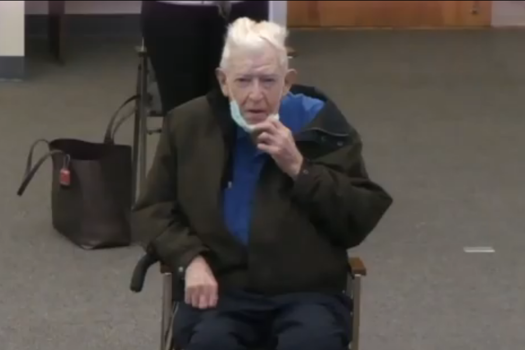 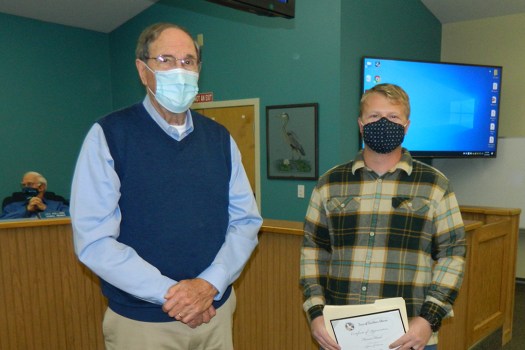 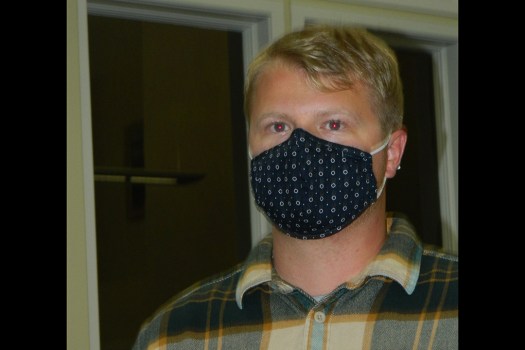 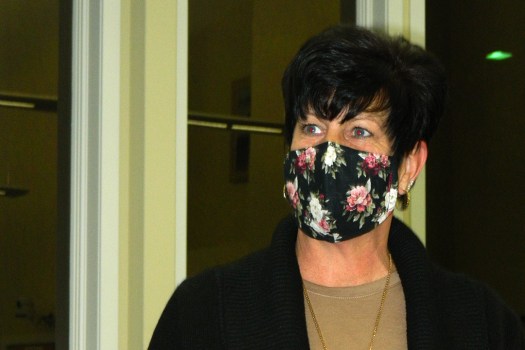 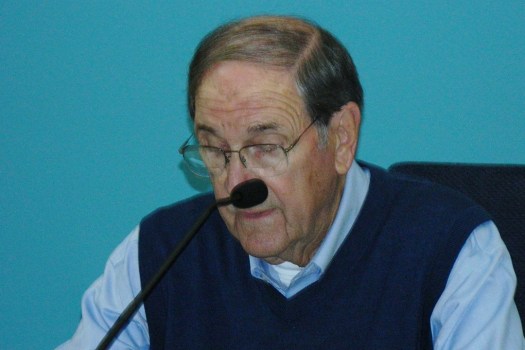 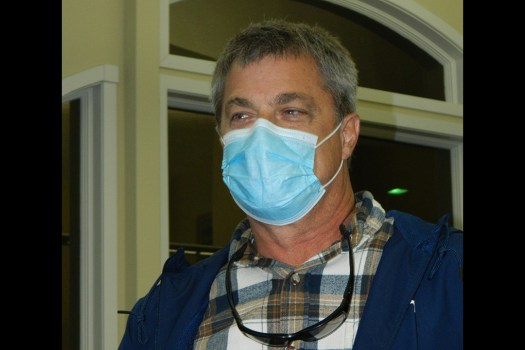 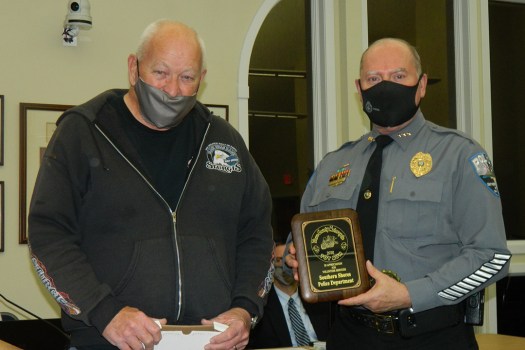 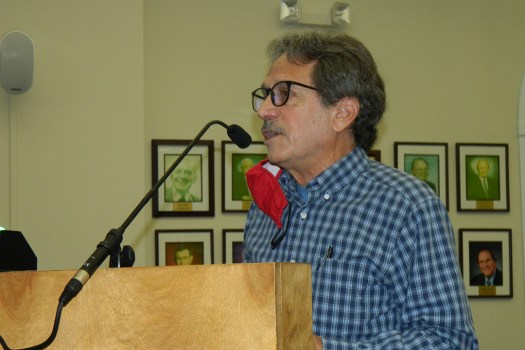 Leading off with a tribute to a long-time resident, Mayor Tom Bennett acknowledged the presence of Warren Davis among the small group of people spread out around the meeting room.

Born in Oklahoma on December 16, 1920, Davis retired from a major oil corporation and moved to the Outer Banks in the early 1980s, where his calendar was almost immediately filled with Southern Shores Civic Association positions and an almost limitless list of other area volunteer activities.

At the end of his comments, Bennett wished Davis an early happy birthday and thanked him for his service to the community.

The next presentation included a certificate of accomplishment for Public Works supervisor Forest Hood who, after starting part time with Southern Shores, recently completed five years of service with the town.

Also on hand for an introduction by deputy town manager and planning director Wes Haskett were two new town employees. According to Haskett, new permit officer Marcey Baum, who started in November, came from New York for vacation and never left and Kevin Clark, who will serve as building inspector and code enforcement officer, started with the town earlier that day.

Rounding out the presentation session, Terry Gray presented Southern Shores Police Chief David Kole with a plaque in recognition of the department’s traffic control assistance during the September Dare County Motorcycle Toy Run. According to Gray, there were 100 motorcycles and 60 jeeps making the run up the Beach Road to Manns Harbor with no incidents.

Council then heard from town manager Cliff Ogburn on the processes behind establishing one or more municipal service districts for a beach nourishment project.

According to Ogburn, setting the district boundaries does not set the actual tax rate, but that $1,224,775 will need to be raised each year for five years to pay the town’s portion of the project. Dare County will also contribute to the $16 million project with an amount determined by how many other nourishment projects are involved. A decision from the county is expected later in December or by mid-January.

Ogburn added that a decision on MSD boundaries will be needed before May in order to develop the associated software.

In other council business for the evening, a consent agenda with October 20 council meeting minutes was approved, council voted to have Monique Mims fill a vacancy on the Southern Shores Fire District Firefighters’ Relief Fund Board of Trustees, and Historic Landmarks Commission members Tony DiBernardo and Richard Perkins were reappointed to terms ending December 1, 2022. It was noted that there are currently no applications on file to fill the vacancy created by the departure of Lorelei Costa.

Council also approved an amended conflict of interest policy along with a water resources grant resolution as required by a $1,408,247.19 N.C. Department of Environmental Quality’s Division of Water Resources grant. The grant award is from a Coastal Storm Damage Mitigation Fund designed to help fund beach nourishment projects.

Mid-month workshop meetings will take place as needed at 9 a.m. the third Tuesday of each month.

After a lengthy discussion, council approved $18,430 toward street improvements for Wood Duck Court and, with a separate vote, instructed Ogburn to prepare a RFQ for bids to complete a street study analysis.

During general public comments, Paul Borzellino spoke at the podium inviting people to visit a Christmas display at his Seventh Avenue home between December 15 and January 5.

With business completed, the meeting was adjourned.