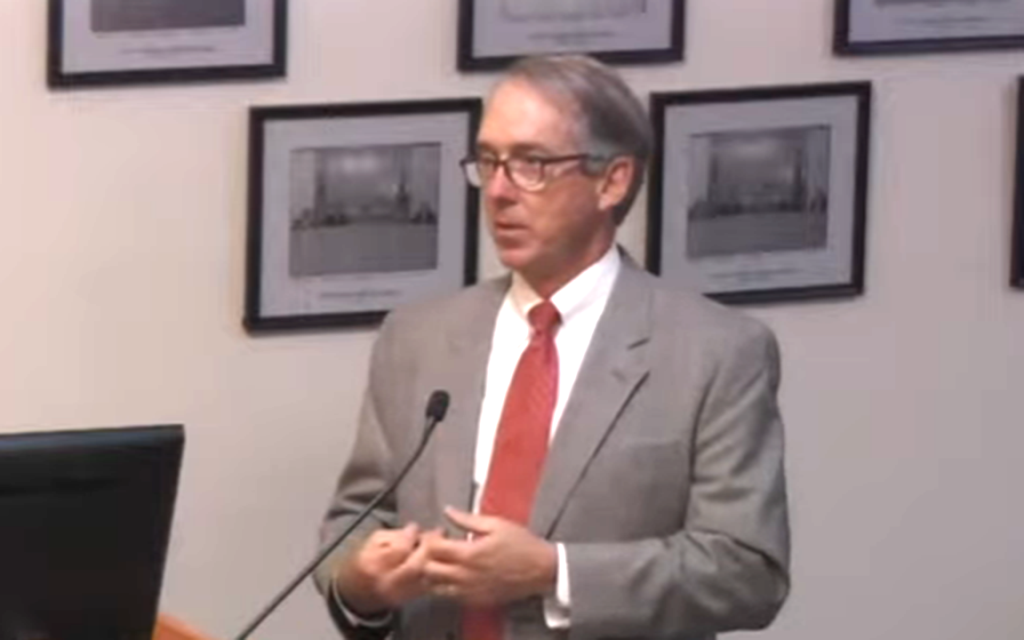 According to Outten, the county is nearing the point where final decisions are needed on nourishment projects.

“Our goal is to place as much sand on the beach as we can,” said Outten. “We want to fund all of Dare County, not just a particular town.”

Outten went on to say that flooding in Avon has at times forced the closure of NC 12 and Southern Shores also wants and needs a project. Even with efforts to combine Avon with the Buxton project to help make the money go further, there is not enough money in the Dare County Beach Nourishment Occupancy Tax Fund to do both projects.

He did say, however, that Kitty Hawk received a $1.4 million Coastal Storm Damage Mitigation Fund grant and, while Dare County cannot take the grant, Kitty Hawk can give it up. The town using that grant money toward beach nourishment would allow the county to reduce its funding by $1.4 million and both projects could move forward.

Outten said he was not looking for an immediate decision, but would like to have some comments and feedback on how to proceed.

Mayor Gary Perry said with councilman David Hines absent due to an excused absence, he would like to discuss the matter with a full board before making any comments.

Taking up another beach project, town manager Andy Stewart reminded council that the beach nourishment project completed four years ago requires renourishment in 2022 as a follow-up to and continuation of the original project.

Stewart said also that bidding is taking place on construction costs for the project and as work progresses, the ordinance will be revised to reflect any changes.

“The ordinance tonight is a recognition of the appropriations for design and engineering services in the amount of $422,748,” said Stewart. “Engineers are already working toward the design of the renourishment in 2022.”

According to Perry, the capital project ordinance sets out that the 2022 beach nourishment is to be financed by special obligation bonds, contributions from Dare County Beach Nourishment Occupancy Tax Fund, ad valorem revenues and other sources of revenue. The project life is estimated to be through July 2027 and the ordinance will be amended throughout the project. Most of the ordinance contains a lengthy list of mundane tasks that must be done.

“In order to get a special obligation bond this is one of the first steps to get that done,” said Perry. “We went through heck the first time, but we’re trying to get things smoothed out this second time.”

The vote to approve the ordinance passed 4-0.

A last minute addition to the evening’s agenda was, according to Mayor Perry, in response to a full-blown NIMBY (Not in My Back Yard) bloom.

Perry said, as expected, council received comments ” . . . resulting from a discussion of public use of public property for public benefit as discussed by a public body.”

He went on to explain that the Kitty Hawk Recreation Committee is a five member all volunteer body composed of town residents who act as an advisory group reporting enhanced recreational opportunities within the town to council. In December, the committee discussed public access parking as part of a master recreation plan, which is used for long range recreational planning. The plan is also necessary for the town to qualify for grant monies to add parks, trail and associated amenities for local and visitor use.

“The future possibility of turning town owned paper street Hurdle into public access parking for beach access was discussed,” Perry continued. “Whether any of the items listed on the master plan ever come to fruition is completely up to the presiding council to decide, plan, budget or to seek funding from sources other than town tax revenue. Hurdle Street parking was discussed as part of a town-wide need for additional beach parking access for all the 3,000 plus residents of town as well as visitors.”

Perry said also that the committee may include Hurdle Street in the planning document, or not. In any event, an engineering plan would be required to determine a possible layout and actual beach access from Hurdle and it will be elected council members who will decide which recommendation to consider for budgeting and follow through considering what will bring the most benefit to the whole town of Kitty Hawk.

He concluded his comments saying public comments received thus far by council are being shared with the Recreation Committee and that future comments should continue, rightly, to come to council.

In other business for the evening, Stewart presented a well-received Kitty Hawk history video that was funded by the Government Education Access Channel, and council passed a consent agenda with December 7 council meeting minutes, a $422,748 budget amendment transferring funds from the Capital Reserve fund to the Beach Re-nourishment fund for design and environmental permitting services, and a $2,500 final invoice for the filming of a town history video funded by the Government Education Access Channel.

At the end of business, council recessed until 9 a.m. January 25 for a Capital Improvements Plan Workshop.