Due to COVID-19, the event was held virtually, with participants swimming on their own and recording their times with the assistance of the staff at the Outer Banks Family YMCA in Nags Head.

Officials from the North Carolina Senior Games then compiled the times submitted from swimmers around the state and determined the winners of each event.

The Outer Banks senior swimmers scored a total of 220 points to take the championship title over the Greater Greensboro Seniors, who came in second with 167 points.

The local swimmers finished as follows:

In 2020, 850 athletes and artists from 52 local senior games programs participated in the virtual North Carolina Senior Games Finals. Approximately 90 swimmers from across the state of North Carolina competed in the swim meet.

Qualifications for the 2021 state finals will be held in the spring at local North Carolina Senior Games events across the state. The local Outer Banks competition is generally held in late April or early May.

For more information about the Outer Banks competition, contact Harry Schiffman at schiffmanharry@gmail.com or 252-305-3405 and the Baum Senior Center at 252-475-5653. 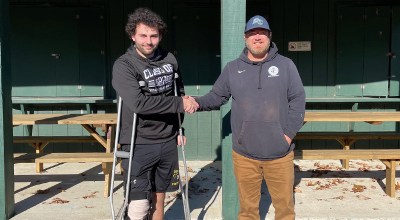