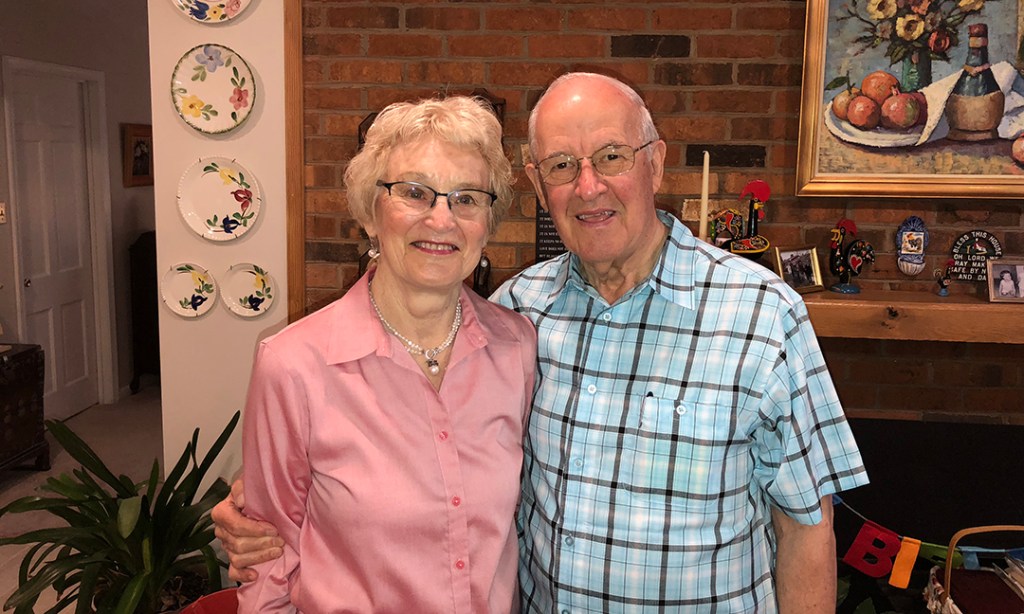 Maxine and Larry Thomasson celebrated their 65th anniversary on February 11, announced their children and grandchildren.

The Thomassons were married February 11, 1956 at Mt. Olivet United Methodist Church in Manteo.  They had met in Virginia Beach, Va. six months earlier. Maxine, having recently graduated from Greensboro College, was teaching 8th grade American history and 9th grade civics at Princess Ann High School. Larry was stationed at Ft. Story after having graduated from Virginia Tech. They met at a party and Larry was instantly smitten. Maxine loves to share the story that she knew Larry was a keeper when he offered to help her grade papers just so he could spend time with her. 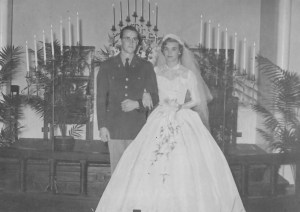 Maxine’s family was from Avon (Kinnakeet), but had settled in Manteo, and Maxine graduated from Manteo High School in 1951. Larry was a farm boy from Bassett, Va. who went to Virginia Polytechnic Institute (Virginia Tech) as part of the Corps of Cadets. Once Larry completed his two years active duty post college graduation, the young couple moved to northern Virginia where Larry began his 35-year career with the U.S. Foreign Agricultural Service (FAS). Their assignments included several stints in Washington, D.C. as well as overseas posts at the American embassies in Rio de Janiero, Brazil; Lisbon, Portugal; Tokyo, Japan and Ottawa, Canada. Along the way, three daughters were born – Elaine in Brazil and Emilie and Susan in Portugal.

Shortly after Larry retired from FAS and Maxine retired from teaching English in Fairfax County, Va., they purchased a home next to the North Carolina Aquarium on Roanoke Island and returned to Maxine’s beloved Manteo.

They dove into life on the Outer Banks, both becoming involved in various ways at Mt. Olivet United Methodist Church, and Larry also worked with The Lion’s Club. Their days were filled with visits from their daughters and families and lots of time with Maxine’s mother, Helen Scarborough, her sister and brother-in-law, Janice and Hughes Tillett, and her cousins Rose Skinner and Carol Haywood.

Maxine and Larry remained in Manteo until 2016 when they moved to northern Virginia to be closer to their daughters and their families. They all now live within three miles of each other. Maxine and Larry have been blessed with nine grandchildren and one great-grandson.

“Our parents have always exemplified faith and unconditional love and support,” said the anniversary announcement. “The lessons they have taught us and the prayers they have lifted on our behalf are too numerous to list. We celebrate them and their love and devotion on their 65th wedding anniversary.”