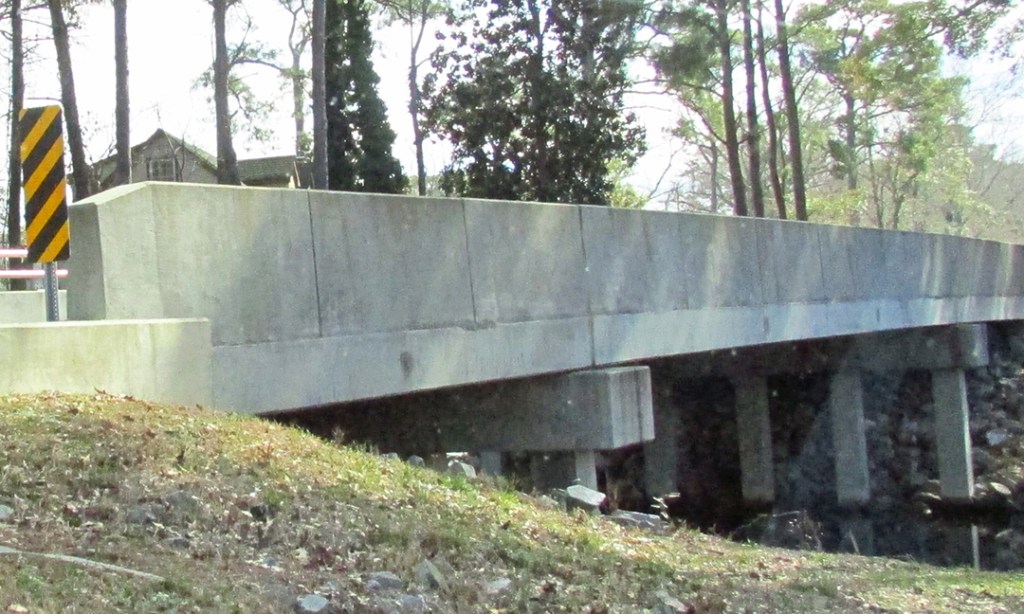 Southern Shores resident Walter Werner says he has been trying every means possible to bring attention to what he considers a serious safety issue — the Tall Pine Bridge. It has a cement wall, which Werner is concerned prohibits proper visibility when making a left-hand turn.

“When you come up [to the intersection], you cannot see oncoming traffic,” Werner said. Though a convex mirror is placed to see around the bend, during rainy weather, the mirror’s condensation makes it hard to see. “I’m shocked there hasn’t been an accident,” he said. 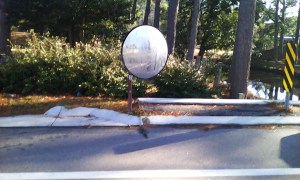 The bridge was rebuilt in 2016 and includes a pedestrian walkway on the east side with aluminum rails. On the west side, however, the higher concrete wall was constructed to meet crash requirements.

Werner said he contacted town officials immediately after the bridge was rebuilt in 2016. He said he was referred to the state, who referred him back to the town. “They all agree it’s a problem,” he said.

Town manager Cliff Ogburn said the town is considering options. One option might be to chip the concrete barrier rail out and then pour a different rail, though the railing would still need to be concrete. Ogburn stated that a signal light is another option and that he is looking at what can be done beyond the convex mirror.

If oncoming traffic has headlights on, Werner says vehicles can be seen in the convex safety mirror; if not, they are easy to miss.

“The people who live here will be cautious,” he said, but it is tourists and delivery drivers that concern him.