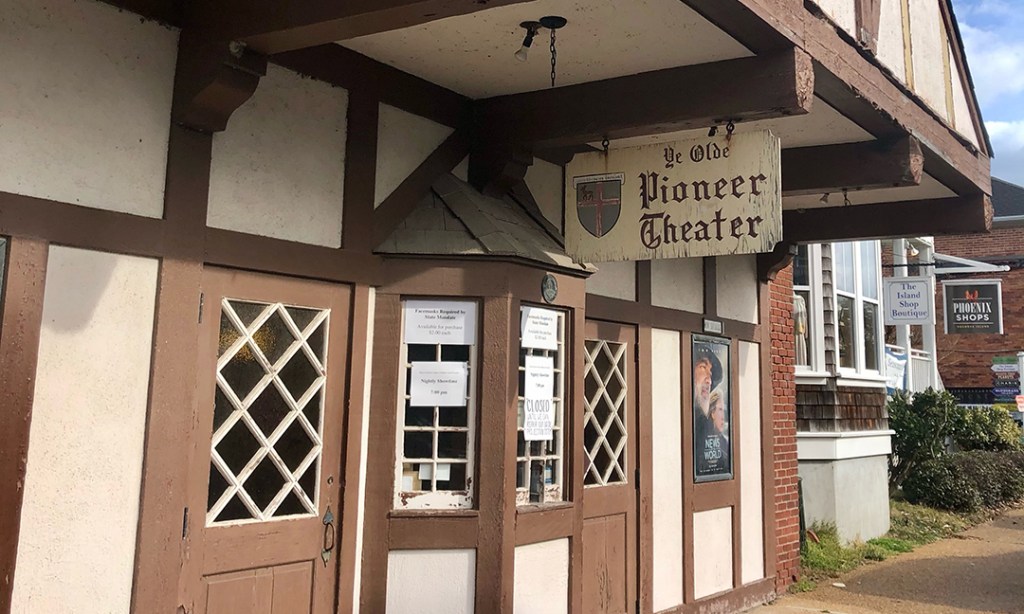 When Ye Olde Pioneer Theater owner Herbert “Buddy” Creef III announced on January 30 that the theater was closed indefinitely due to a broken projector, fans responded with, simply put, love.

The kind of love that isn’t coerced or even asked for. Creef made it clear in a Facebook post he had to swallow his pride to open the GoFundMe account fans were suggesting in the Facebook comments to his post. Sixty-six comments, to be exact, most of them with just a few words like, “I’ll donate!”

“I am so awestruck and humbled by the massive outpouring of support and love for the Pioneer Theater,” Creef wrote in a February 1 Facebook post. “When I woke up this morning and saw the amount of love you have sent us I cried like a baby. It took me many, many hours to actually follow the advice of all who said set up a go fund me account. It was an equal mix of, pride, stubbornness, ego, and embarrassment that kept me pacing, fretting and contemplating . . . It is quite an experience to feel so so much love and appreciation for a business that means so much to you. I love each and every one of you, and put forth a very humble and sincere thank you.” 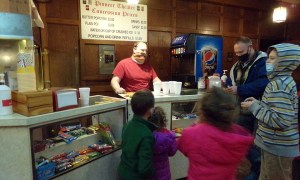 The Stevens family picks up some concessions at the Pioneer Theatre Thursday evening. Summer Stevens photo

Like many small businesses, it had been a rough year for the Pioneer Theater. During the COVID closure, the theater continued to serve the community by offering drive-by concessions sales. When restrictions eased up, the theater offered socially distanced tickets and resumed business in the new normal. But then projector malfunctioned and it seemed like the final blow. “Hopefully we can find the time and the 10k to get our doors back open ASAP,” the theater posted to its Facebook page.

“We love you,” wrote Nessie Siler on the GoFundMe page. “Your family has been so generous to us for all these years. It’s the least we could do. See you as soon as we can!”

Donations came from thirteen states along the east coast, as far away as Washington, D.C.

Creef said the technician is coming Monday and the theater could be opened as soon as Wednesday February 17, playing “Shrek” as scheduled.

But there’s another treat on the horizon for fans.

Creef is planning a showing of the 1939 Technicolor “The Wizard of Oz” starring Judy Garland, a fan favorite. “May have to bring mom who first saw it at the Pioneer Theater back in 1939,” said Hunt Thomas via Facebook.

The historic theater has been in operation since 1918 and has been owned and run by the Creef family ever since. Admission is $7 and all concessions are $2 each, cash only. Showtime for the single screen is 7 p.m. each evening.

Gas prices on the rise in North Carolina