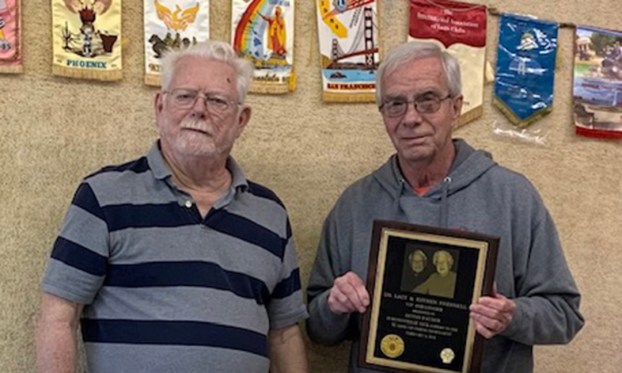 President of the North Carolina Lions Visually Impaired Fishing Tournament Robert Walton presents Lion Dennis Palmer the Lacy and Esther Ambassador Award, which is given to those that are supporters of the fishing tournament.

Palmer was recently elected as a director to serve on the Board of Directors of the Fishing Tournament.

The VIP fishing tournament is held in the fall of each year serving the blind and visually impaired fishermen in North Carolina.