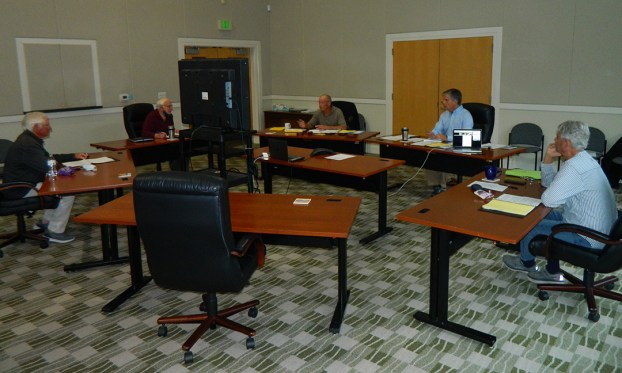 Tourism Board awards grants for fireworks, other event expenses

The Dare County Tourism Board held a regular session monthly meeting Thursday, March 18, with a majority of board members participating through video links. During the morning meeting, board members authorized a small wording change to the event grant application guidelines and approved a dozen grant requests.

The first two grant requests for the day went toward firework displays.

One request was from Kill Devil Hills for help with a $35,000 fireworks contract for a display at Avalon Fishing Pier. The second request, from the Town of Manteo, was for a Manteo Waterfront firework display at Roanoke Island Festival Park. The Manteo contract for $48,750 includes a barge price of $20,000.

After a brief discussion on the two requests, the board split an available pool of money between the two, giving $17,500 to each.

It was also noted that Nags Head and Avon each received fireworks grants in 2020, but did not have fireworks displays last year. Both are rolling their 2020 grants over to displays later this year.

Before taking up the next set of grant requests, board members agreed to amend the Events Grant Program application. Approved twice yearly, in February and August, fund from the program are issued for prior approved allowable grant expenses on a reimbursement basis.

This year’s application included a request to allow an applying organization to purchase infrastructure related to an event.

“We typically don’t like to make guideline changes for one applicant,” explained executive director Lee Nettles. “But in this case the feeling was that it is more of a clarification rather than a change. And, adding infrastructure for annual events should mean that future grant requests would be smaller.”

The only question raised about the change came from Webb Fuller, asking who determines if an item being purchased is or is not a good idea.

“That determination would likely be part of the grant committee evaluation review process,” said Nettles. “The committee looks at each and every application in terms of dollars spent and the return on investment in terms of the tourism impact it will produce in regards to overnight visitation and spending in the market. So if the committee felt the expense was exorbitant or not well founded, it could not grant those dollars.”

Nettles then added that the grants committee, as well as the board, have the ability to say it wants dollars to go toward a specific purpose.

Checking in by video link, W. Jay Wheless, legal counsel to the board, advised that expenses are eligible but not necessarily approved by just having submitted an application. He went on to say that as long as a committee decision is neither arbitrary nor discriminatory in some way against any item in an application, then the committee has full discretion to approve or reject any item to be purchased or leased under the application.

The vote to add the purchase of infrastructure as an allowable expense under the Events Grant Program application passed by unanimous consent.

– Dare County Arts Council $7,500 toward advertising, rental equipment and entertainment for a 2021 Surfalorus Film Festival on September 22-25;
– Eastern Surfing Association $19,000 for advertising, infrastructure rentals, T-shirts and entertainment at the 2021 ESA Eastern Surfing Championship on September 19-25;
– Elizabeth R & Company $15,000 for marketing and entertainment at the OBX History Weekend: Searchers of New Horizons on November 3-7;
– Nags Head Surf Fishing Club $4,000 for rentals and T-shirts at the 2021 Nags Head Surf Fishing Tournament on October 6-8;
– Outer Banks Conservationists $4,500 for advertising, T-shirts and equipment at Island Farm’s Pumpkin Patch on October 2, 9, 16 and 23;
– Outer Banks Sporting Events $18,500 toward marketing and T-Shirts at the 2021 Towne Bank Outer Banks Marathon on November 6-7;
– Outer Banks Sporting Events $9,000 for marketing and T-Shirts at the 2021 Outer Banks Triathlon on September 10-12;
– Pea Island Preservation Society $3,500 for marketing, entertainment, T-shirts and rentals at a Freedmen, Surfmen, Heroes: Wreck of ES Newman program on October 9-10;
– Rotary Club of Manteo $1,000 for a 2021 Inshore Slam Fishing Tournament marketing on October 1-2;
– Town of Manteo $20,000 for entertainment and marketing for the 2021 Dare Day on June 5.

Other business for the day included a budget and finance report by committee Chair Ervin Bateman, who reported February receipts of January meals and occupancy tax were over budget by $182,444, or 136 percent, and calendar year receipts show February receipts were 75.3 percent above February 2020. In addition, the fiscal year receipts are up in total $901,440, or 13.8 percent, over the prior fiscal year. Although occupancy is up 22.7 percent, meals are down 5.3 percent.

Bateman noted that December retail collections were up 29.8 percent and that calendar year 2020 finished 4.27 percent over 2019.

The gross occupancy numbers reported for January 2021 were 173.8 percent higher than the January 2020 numbers and December was up 73.19 percent over December 2019. All classes of occupancy appear to show growth in January 2021, with property management up 212.4 percent. Northern beaches, Hatteras Island and Roanoke Island/mainland all have record occupancy for January 2021.

Gross meals, which are gross sales for prepared meals tax reported to Dare County, for January 2021 were up 11.5 percent compared to January 2020. It was noted, however, that approximately $936,000 was reported in that month for December. Adjusting for this, January would be up 1.7 percent. Northern beaches, Hatteras Island and Roanoke Island/mainland all showed increases for January 2021.

Calling in during public comments was National Park Service Superintendent Dave Hallac, who advised that recent visitor numbers show that last year was the busiest year Cape Hatteras Seashore has had in the past 17 years. Hallac added that this past January was also the busiest recorded January at Wright Brothers since formal record keeping began in 1979.

“So not only was it a busy year last year,” said Hallac, “but this year is getting a busy start.”

Hallac then said there will be low density climbing at the Bodie Island Lighthouse, but that a set date for that to begin has not been scheduled yet. He explained that it likely will be similar to past schedules, which will probably be from 9 a.m. to 5 p.m. with 8-10 people at a time monitored through an electronic reservation system.

Hallac then said Cape Hatteras Lighthouse in Buxton will not have any climbing this year and possibly for additional seasons. He went on to say the lack of climbing will be disappointing, but is due to an opportunity to perform some needed lighthouse repairs and painting.

“We will be removing decades of paint inside the lighthouse and making other repairs,” he explained. “And while it sounds easy, scaffolding the interior is going to be a challenge.”

Hallac also advised that NPS officials are working with the Oregon Inlet Fishing Center lessee on some significant site improvements that include a new building. A public comment period on those changes ends April 5.

Hallac reported that all National Parks are following COVID guidelines requiring masks inside and masks outside when social distancing is not possible. He added that in response to a flood of comments, a strategy for this summer includes preparing for more people by reallocating more staff people to be outside where they are needed.

He concluded his report by advising a more formal presentation is scheduled for April and suggested that anyone with specific topics of interest they want covered to let him know in advance so they can be included.

During his report to the board, Nettles advised that discussions are continuing on the Tourism Board buying out the Town of Nags Head interest in the Soundside Event Site.

After Windmill Point Restaurant, which was owned by the late Dr. Sarah Forbes, shut down in 2007, the Town of Nags Head and the Tourism Board joined forces to buy the three parcels that make up the Soundside Event Site property.

“The town has other uses for those dollars,” explained Nettles. “They helped us buy the property and now we want to be a good neighbor and help them out.”

Nettles said a draft contract is currently being reviewed and that any transition would take place over a period of several years.

With business for the day completed, the board set the next meeting for 9 a.m. on April 15 in the Curtis H. Creech Memorial Boardroom at the Outer Banks Visitors Bureau Administrative Offices in Manteo.

Pamlico Sound ferry schedule altered due to shoaling near Ocracoke

The North Carolina Department of Transportation’s Ferry Division will be running an alternate schedule on the Pamlico Sound between Cedar... read more