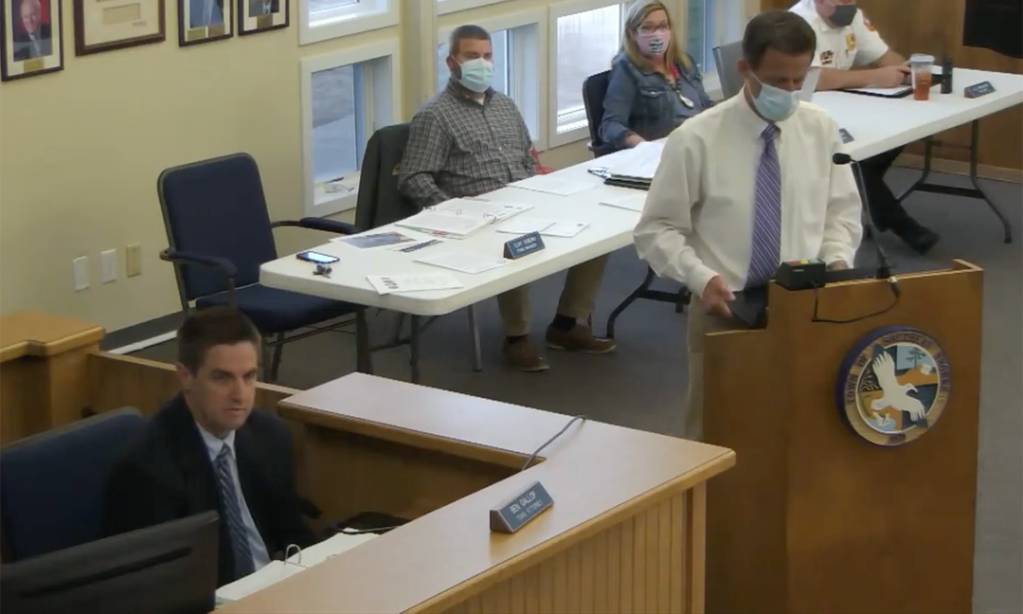 At the regular meeting of the Southern Shores Town Council on Tuesday, April 13, town manager Cliff Ogburn requested that council members authorize a resolution to be sent to the state opposing House Bill 401 and Senate Bill 349, which seek to eliminate single-family-only zoning.

The statute would allow duplexes, triplexes, quadplexes and townhomes in all zones that also include single family homes, as well as mandate that local government allow at least one accessory dwelling unit (ADU) per lot, giving all single-family landowners the right to build an ADU if they conform with established property line setbacks.

According to Ogburn, “Obviously this legislation is in severe contrast with our land use plan, our zoning ordinance and our vision and values of the town. The town vision states that we are a quiet residential community comprised primarily of small, low-density neighborhoods consisting of single-family homes primarily on large lots.”

If passed, Ogburn said, “It would wipe that out.” The law would “dramatically change who we are and what we are.”

The council agreed to take action immediately, approving the resolution with minor edits to send to bill authors and chairs, alerting them of the impact the bill would have on the community of Southern Shores. Mayor Pro Tem Elizabeth Morey stressed that the town is in favor of and supportive of increases in affordable housing options, but “[the bill is] the sledgehammer approach instead of being more strategic.”

Next, the council heard from community members during the public comment portion of the meeting regarding, primarily, the establishment of municipal service districts (MSD) to fund beach nourishment. The town also received written requests from Thomas Peabody, Charles and Janan Usher and The Southern Shores Civic Association requesting exclusion from the MSD. Concerns ranged from inequality in proposed boundary lines between MSD 1 and MSD 2, which will be taxed differently, to statements claiming that one’s property was not in need of beach nourishment.

Though the General Statute states that towns must allow a process whereby residents can request exclusion from an MSD, it does not explain a required process for deciding these requests.

The town council did not grant any of the three requests for exclusion.

However, they are still considering boundaries and tax rates. According to Ogburn, there will be three rates: beachfront properties (MSD 1) will pay the largest share; all properties east of NC 12/Ocean Boulevard and Duck Road and those abutting the west side of NC 12 up until the road splits (MSD 2) will be assessed a lower rate than MSD 1 but higher than the town rate; and all properties townwide will be assessed the lowest rate.

Next, the council moved on to approve Robert McClendon as a regular member of the Planning Board and Jan Collins as first alternate.

The next item of new business involved the continued work on the town code amendments regarding hunting and trapping, beekeeping, auxiliary police and noise ordinances. The council adopted clarifying language restricting hunting or trapping of wild or domestic animals, but chose to table the discussion on beekeeping. They struck all the code referring to an auxiliary police, and voted to revisit the noise ordinance amendments at the second council meeting in May.