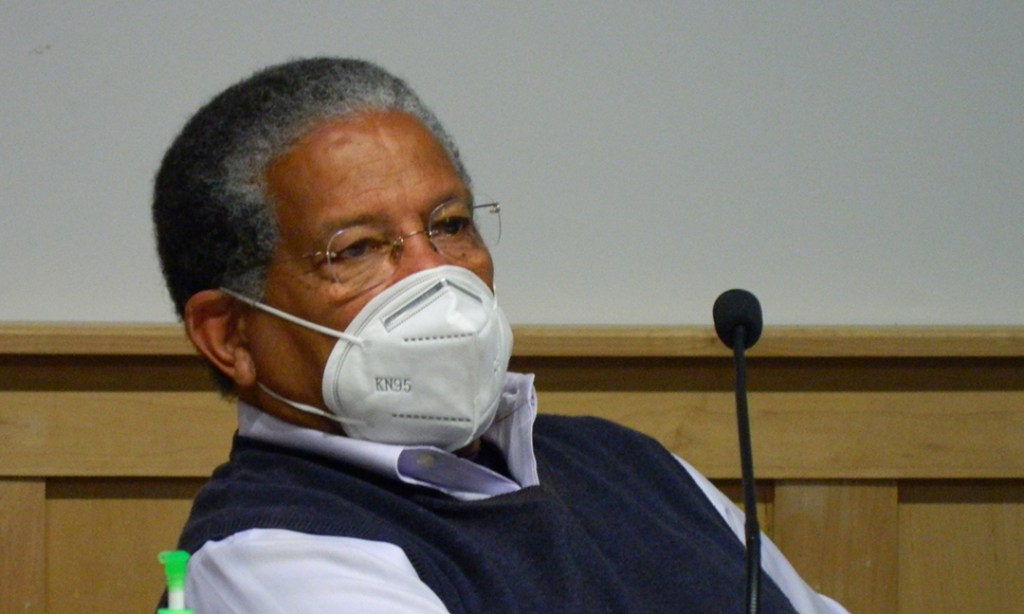 James Cofield is vice-chair of the Duck Planning Board, which meets the second Wednesday of each month. Philip S. Ruckle Jr. photo

After a majority of meeting time spent reviewing recommended changes, the board voted to approve an overhaul of the town’s zoning ordinance and subdivision ordinance.

According to Joe Heard, director of community development, this is the first major re-codification and modernization of municipal and county development regulations in several decades. The revision process was initiated in 2013 by the Zoning and Land Use Section of the N.C. Bar Association. Consensus changes were included in the enabling legislation made law by the NC General Assembly on July 11, 2019, while debatable or controversial measures requiring further consideration were not.

He added that the comprehensive amendments are required to comply with recently adopted state legislation in NCGS Chapter 160D and must be approved by July 1. Duck contracted with Stewart, a planning/engineering firm, to provide a thorough review of the town’s zoning and subdivision ordinances.

While providing a summary overview of proposed changes, Heard went on to explain that many of the changes were minor and related to definitions and changes in terminology. The proposed changes are not intended to change any standards of the town.

Heard pointed out that there are, however, two amendments of particular note that involve necessary changes to approval processes:
(1) conditional use permits and special exceptions no longer exist as such, but have been consolidated into a special use permit process;
(2) subdivision review is now solely an administrative function.

In addition, decisions on various actions are broken into three categories: administrative, legislative and quasi-judicial.

The workload will also be spelled out, with staff taking care of administrative functions while the Planning Board, Town Council and the Board Of Adjustment will rule on legislative and quasi-judicial functions.

STAFF:
–  Administrative permits
–  Certificates of occupancy
–  Site plans (not associated with a special use permit)
–  Subdivisions

During the meeting Heard pointed out that making subdivision approval an administrative function may be the biggest change involved. Previously, the Planning Board had a role in the process and while subdivision standards will still be set by council with Planning Board recommendations, this change is probably a moot point for Duck. Unless at some future date the government abandons the Corps of Engineers property, there are no areas large enough for a new subdivision.

After a lengthy review, the board voted 5-0 to approve the recommended re-codifications.

Also approved was a text amendment proposal to allow the installation of post-and-rope or post-and-rail supports along dune walkovers in the beach nourishment sections of town.

According to Heard, that amendment is intended to provide individual homeowners and homeowners associations with a guide for construction of beach access improvements that provides reasonable and safe public access to the beach with minimal impact to the dune system. 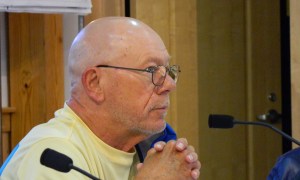 Duck Planning Board member Randy Morton said during an April 14 meeting that post-and-rail or post-and-rope structures are very helpful in providing public access to some sections of the beach. Philip S. Ruckle Jr. photo