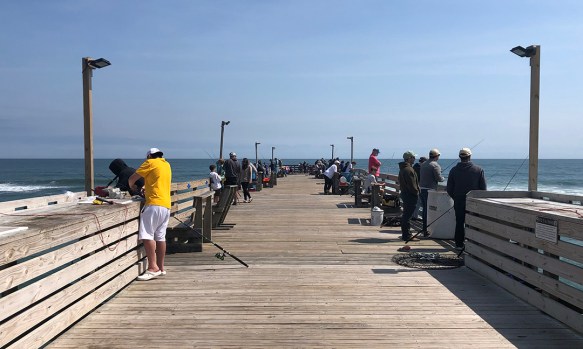 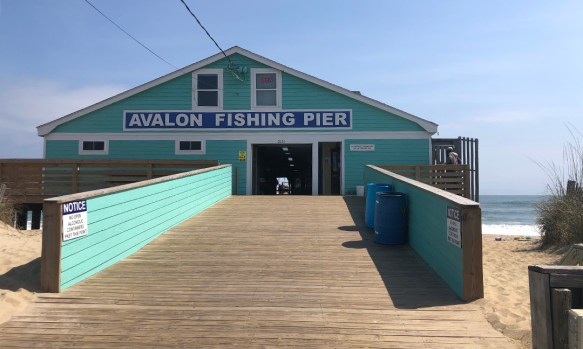 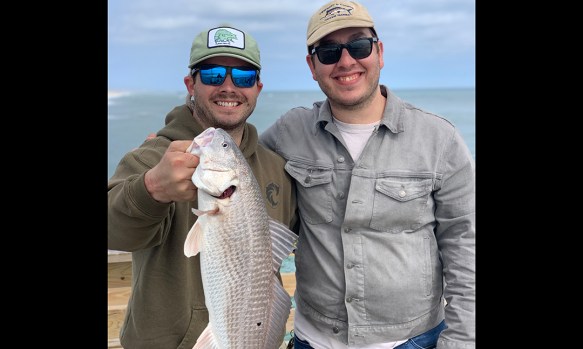 John and Bryant Stephens with a 24” puppy drum. Courtesy photo 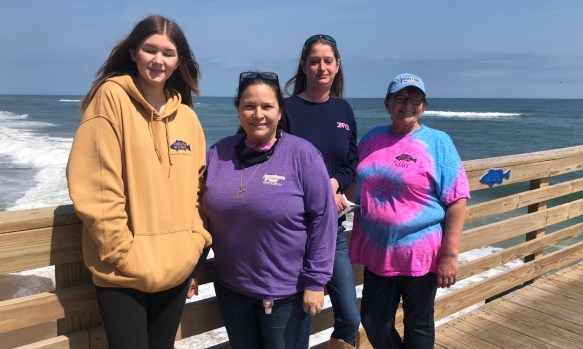 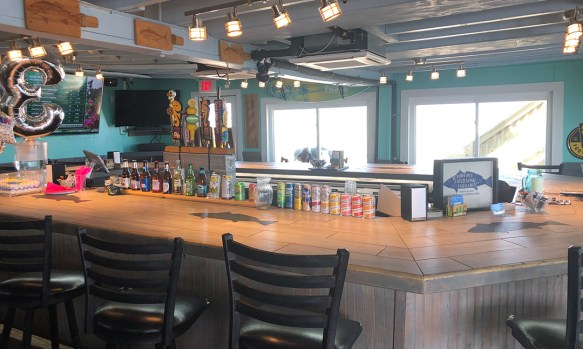 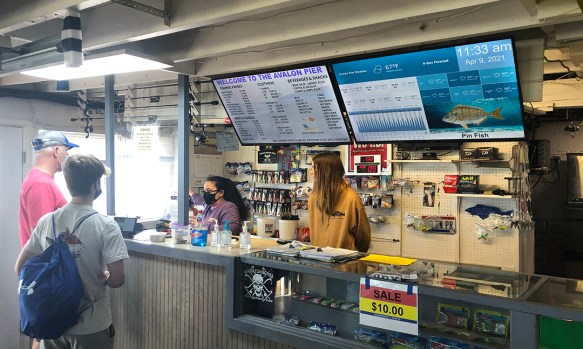 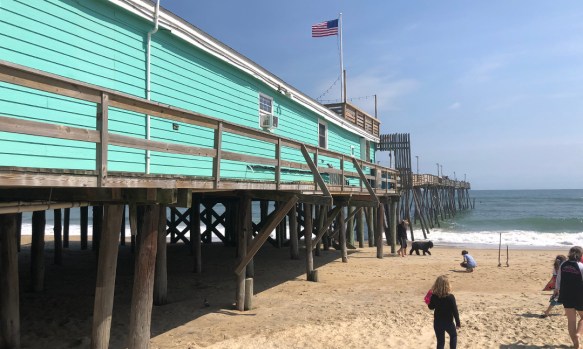 Brothers John and Bryant Stephens have been coming to the Avalon Pier in Kill Devil Hills with their dad Hugh for thirty years. “It’s a quick two-day trip from Virginia,” John Stephens said. The trio catches mostly croaker and spot, and on a recent day they said, “We caught a twenty-four inch puppy drum!”

Residents and visitors have loved the Avalon Pier since it was built in 1958. According to bar manager Ashley Merritt, the pier lost 220 feet to Hurricane Dorian, making it approximately 400 feet now. Renovations to the pier brought a new side deck and a second story deck.

All along the deck are bright blue “memorial fish” as the pier calls them, tacked onto the wooden slats, giving evidence to the decades of memories enjoyed at Avalon. Dozens of fish dot the inside of the pier, engraved with the names of loved ones. “After Hurricane Dorian all of the fish were washed away. With the exception of six, all of them were brought back,” kitchen manager Laurie Hanchar said fondly.

At Avalon there’s a lot more to do than just fish. The pier offers two bars – “Low Tide Bar” on the main floor and “High Tide Bar” located upstairs. “We’re the only pier on the beach with a second story deck,” Merritt said. There is live music from local bands on Friday and Saturday nights from 7 to 10 p.m. and in peak season they offer live music four times per week.

“We have the best steamed shrimp in town!” Hanchar said.

Families will enjoy the arcade, games, skee ball and pinball machines. “I’ve been coming here since I was a kid,” Hanchar said. “It’s a legend.”

“It’s a great place to have a cold beer and listen to the ocean,” Merritt said.

The pier is open for fishing from 6 a.m. to midnight each day. Prices are on their website avalonpier.com or you can reach them by phone at 252-441-7494.