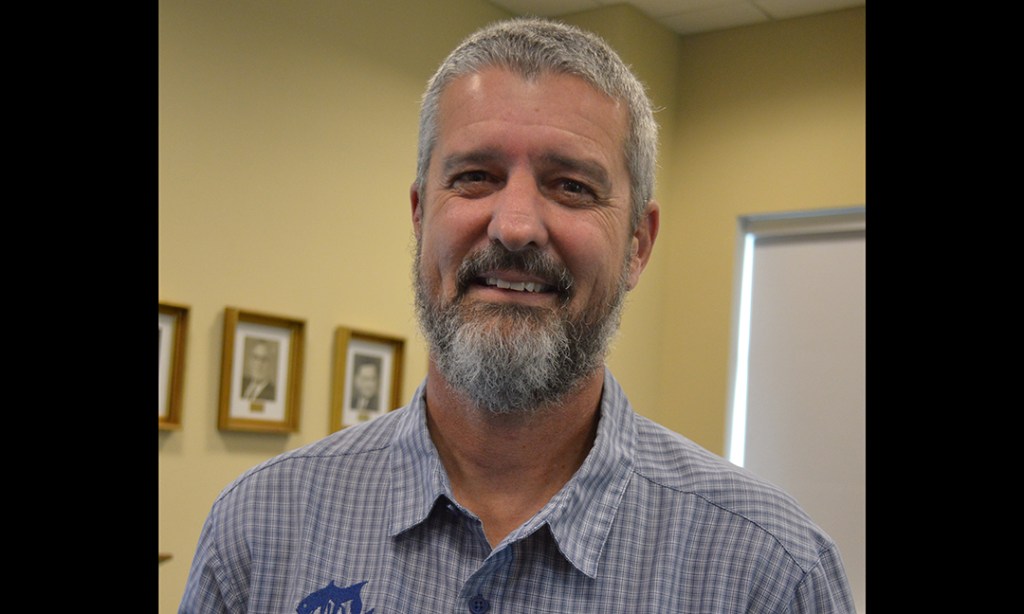 In mid-May, Jennette’s Pier director Michael P. Remige spoke to the Dare County Board of Commissioners. In April 2022, an international competition will take place at the pier. The Waves to Water Prize competition will showcase designs for using wave energy to desalinate salt water. M.H. Goodloe-Murphy photo

On May 21, 2021, Jennette’s Pier celebrated the tenth anniversary of its grand reopening.

Dare County and the Town of Nags Head helped acquire the oceanfront property. Construction of the $25 million concrete pier lasted from 2009 to 2011.

Since that reopening, 1.75 million people have walked the pier. Some 4.5 million people actually visited the site. School children visits number 60,000. Summer camps have engaged 2,500 students. The site has hosted more than 500 weddings.

Two exciting projects are underway at the pier:

– Waves to Water Prize. A year from now, this international competition is coming to Jennette’s Pier. Sponsored by the U.S. Department of Energy’s National Renewable Energy Laboratory, the five-stage competition aims to spur innovation in wave energy and desalinization.

For five days in April 2022, Jennette’s Pier will serve as the research and competition platform for four to six competitors to set up devices and angle for a $500,000 prize.

The competition brings more to pier. For the entire month of April, the National Renewable Energy Laboratory is renting the pier’s 3,500 square foot event space for displays and education adventures.

– Atlantic Marine Renewable Energy Center. The center is a collaborative with University of New Hampshire, the Coastal Studies Institute, Lehigh University and Stony Brook University. The group is pulled together to address research, development and testing of marine renewable technology leading toward commercialization. The collaborative is developing the power for the “blue economy.”