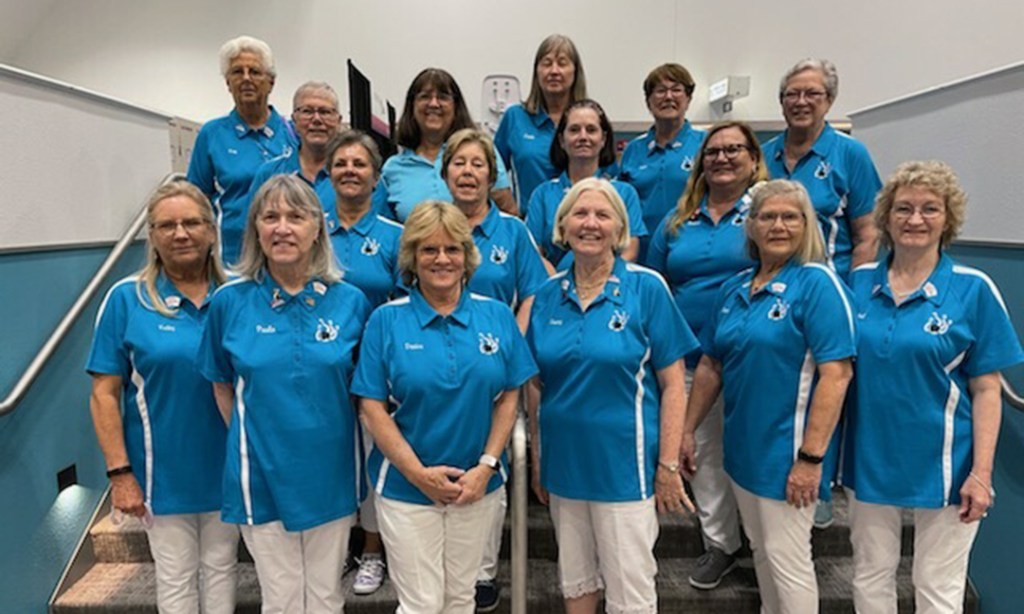 A group of 16 area bowlers were on hand for the 2021 National Women’s Bowling Tournament at Reno, Nevada, held earlier this month.

After missing the 2020 tournament, which was canceled due to COVID-19 restrictions, four teams from the OBX Bowling Center in Nags Head were able to attend this year’s event. Competition began April 23 and is spread out over a 12 week schedule at the 32,000 sq. ft. National Bowling Stadium in the heart of downtown Reno. Teams from across the United States take turns on the center’s 78 state-of-the-art bowling lanes.

“It was a special treat for one of our teams to be selected as Grand Marshal of Saturday’s team event and lead the teams into the stadium,” said Sherry Rollason.

“We have several teams from our area that attend every year,” Rollason continued. “Our scores were pushing 200 but we had a lot of fun and are glad to be able to travel again.”

Tournament brackets are being updated as each team completes their turn. Official standings and prizes will be announced after the final doubles and singles squad championships which are set for July 4.

The 2022 United States Bowling Congress Women’s Championships are scheduled for April 24-July 10, 2022 at the 84-lane Stardust Bowl in Addison, Illinois. More than 16,000 bowlers are expected to compete there making it the world’s largest participatory sporting event for women.

Rollason said several local bowlers have already made reservations for the 2022 championships.

Bingo is back at Lions Club facility in Kill Devil Hills