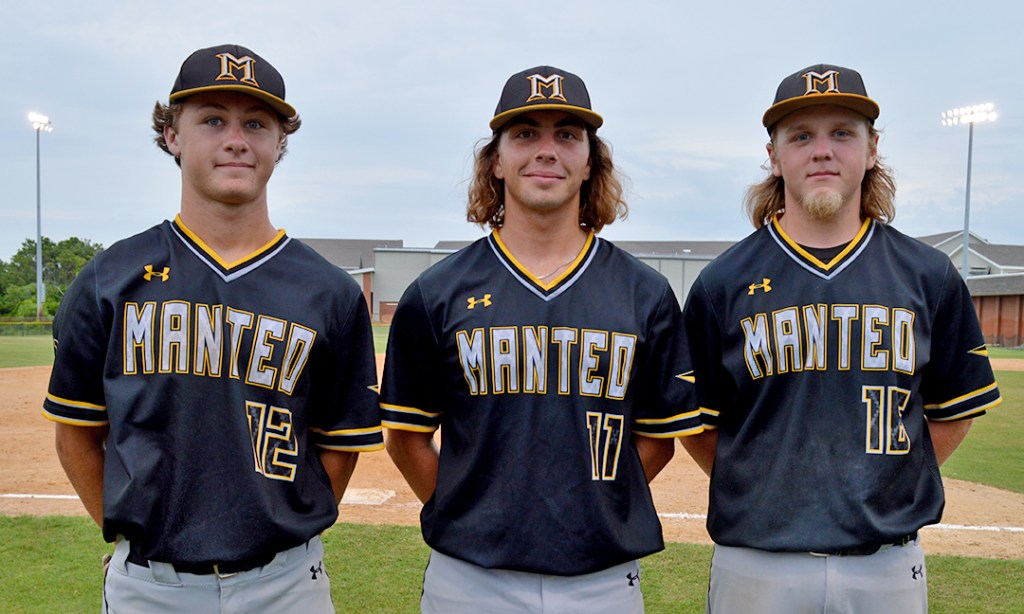 In the last game of the baseball season, Manteo High defeated Cape Hatteras Secondary 25-0 in Buxton on Thursday, June 10, 2021.

For three Manteo seniors and four Cape Hatteras seniors, it was also the last game of their high school baseball careers.

The first three innings shaped up as competitive baseball. Manteo scored one run in the first and three in the second for a 4-0 lead.

Manteo junior Trey Pearce pitched three scoreless innings and posted three strikeouts. In the field, Manteo executed a double play in the first and a run-down between second and first in the second inning. 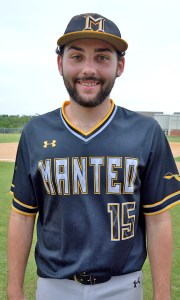 Ayden Paddock was the starting pitcher for Cape Hatteras and together with catcher Al Hodges tagged Manteo’s Caleb Bliven at home plate in the first inning. For three innings, Paddock faced 17 batters and struck out one.

Manteo blew the game open in the top of the fourth. Bases stayed full for most of the inning. The first 10 batters scored runs. Cape Hatteras coach Keith Durham selected Brayan Garcia Caldera to face Manteo. Garcia struck out two, but another seven runs crossed the plate.

For Manteo, Cal Dixon pitched the last two innings for Manteo. His sidearm pitching earned two strikeouts in the fourth. Cape Hatteras left two runners on base in the fifth. 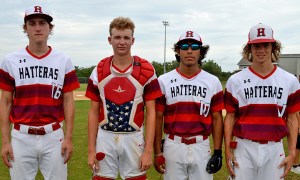 After the baseball game and a special ceremony for departing seniors, the team and parents gathered in the Cape Hatteras cafeteria for pizza and cupcakes and team awards.

Awards were presented as follows:

Most Valuable Player: Ayden Paddock, the “most consistent guy in every spot,” said Durham.

Golden Glove Award for defensive play: Cody Denton, who had the highest fielding percentage of all players.

Coach’s Award: Al Hodges, who became the coach on the field for Cape Hatteras.