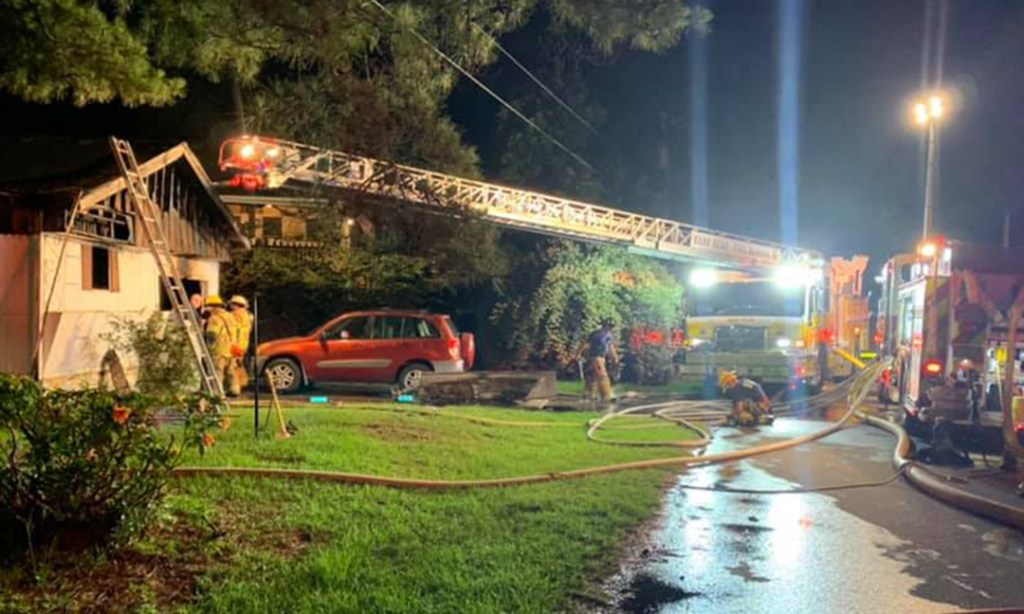 Fire crews from Colington and Nags Head fire departments as well as the Kill Devil Hills Police Department and Dare County EMS also arrived on the scene to assist.

“When the first unit arrived on the scene, there was fire coming through the roof and eaves of the garage,” stated the release. “The fire was extinguished; however, extensive damage occurred to the structure.”

No injuries were reported and the American Red Cross was notified to assist the occupants.

The Kill Devil Hills fire marshal is investigating to determine the fire origin and cause.