Falling short: Why the White House will miss its COVID-19 vaccination target 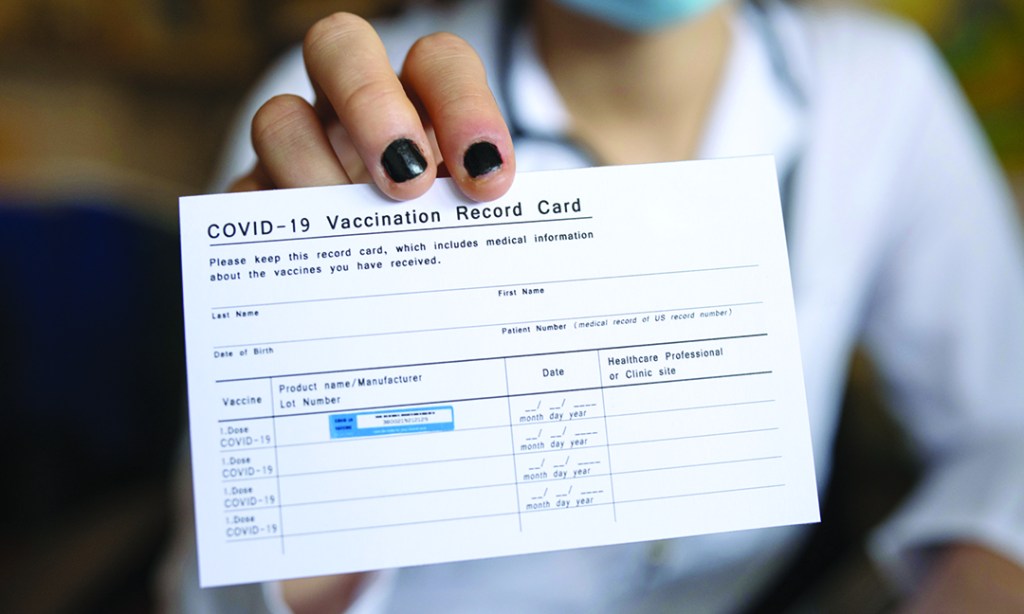 Standing in the State Dining Room on May 4, President Joe Biden laid out a lofty goal to vaccinate 70% of American adults against COVID-19 by Independence Day, saying the U.S. would need to overcome “doubters” and laziness to do it. “This is your choice,” he told Americans. “It’s life and death.”

As for the ambition of his 70% goal, Biden added: “I’d like to get it at 100%, but I think realistically we can get to that place between now and July Fourth.”

With the July Fourth holiday approaching, the White House acknowledged this week that Biden will fall shy of his 70% goal and an associated aim of fully vaccinating 165 million adults in the same time frame. The missed milestones are notable in a White House that from the outset has been organized around a strategy of underpromising and overdelivering for the American public.

White House officials, while acknowledging they are set to fall short, insist they’re unconcerned. “We don’t see it exactly like something went wrong,” press secretary Jen Psaki said earlier this week, stressing that Americans’ lives are still better off than they were when Biden announced the goal.

A half-dozen officials involved in the vaccination campaign, speaking on the condition of anonymity to discuss the missed target candidly, pointed to a combination of factors, including: the lessened sense of urgency that followed early success in the vaccination campaign; a decision to reach higher than a play-it-safe lower goal; and unexpectedly strong recalcitrance among some Americans toward getting a shot.

Nonetheless, the White House says it’s not letting up on its vaccination efforts. Biden will be in North Carolina on Thursday urging Americans to roll up their sleeves as part of a nationwide “month of action” to drive up the vaccination rate before the holiday. The White House is continuing to roll out increasingly localized programs to encourage specific communities to get vaccinated.

A drop-off in vaccination rates was always expected by the White House, but not as sharp as has proved to be the case. The scale of American reluctance to get vaccinated remains a source of global curiosity, particularly as many nations are still scrambling for doses to protect their most vulnerable populations.

When the 70% goal was first announced by Biden seven weeks ago, on average more than 800,000 Americans were getting their first vaccine dose each day — down from a high of nearly 2 million per day in early April. Now that figure is below 300,000.

Paradoxically, officials believe the strong response to the early vaccination campaign has served to reduce motivation to get a shot for some. One of the most potent motivators for people to get vaccinated was the high rate of COVID-19 cases and deaths. Now that those figures have dropped to levels not seen since the onset of the pandemic, officials say it’s become harder to convince Americans of the urgency to get a shot — particularly for younger populations that already knew they were at low risk of serious complications from the virus.

Separately, two officials involved in the crafting of the 70% goal said officials knew 65% would have been a safer bet, but they said the White House wanted to reach for a figure closer to experts’ projections of what would be needed for herd immunity to bring down cases and deaths. Aiming for the higher target, the officials said, was seen as adding to the urgency of the campaign and probably increased the vaccination rate above where it would have been with a more modest goal.

Other officials said the White House, which has always cast the vaccination campaign as “hard,” nevertheless failed to grasp the resistance of some Americans to getting a shot when it set the 70% goal.

“The hesitation among younger Americans and among Trump voters has been too hard to overcome,” said GOP pollster Frank Luntz, who has worked with the White House and outside groups to promote vaccinations. “They think they are making a statement by refusing to be vaccinated. For Trump voters, it’s a political statement. For younger adults, it’s about telling the world that they are immune.”

Of the White House, Luntz said, “I think they did as good a job as they could have done.”

The White House points to all that the nation has achieved to play down the significance of the goals it will miss.

Back in March, Biden projected a July Fourth holiday during which Americans would be able to safely gather in small groups for outdoor barbecues — a milestone reached by the U.S. months ago. Nearly all states have lifted their virus restrictions, businesses and schools are open and large gatherings are resuming nationwide.

“The most important metric at the end of the day is: What are we able to do in our lives? How much of ‘normal’ have we been able to recapture?” said Surgeon General Vivek Murthy. “And I think what we are seeing now is that we have exceeded our expectations.”

The White House also has taken to crunching the vaccination numbers in new ways to put a positive spin on the situation. On Tuesday, the administration announced that 70% of adults 30 and over have been vaccinated — removing the most hesitant population from its denominator. But even that statistic glosses over lower vaccination rates among middle-aged adults (62.4% for those aged 40-49) and millennials (52.8% for those aged 25-39).

The administration’s predicament is all the more notable given what had been an unbroken streak of fulfilled vaccination goals. Before taking office, Biden in December pledged to vaccinate 100 million Americans in the first 100 days of his presidency — a rate that the U.S. was exceeding by the time he was sworn in. Within days he suggested a goal of 150 million and ultimately easily met a revised goal of 200 million shots in the first 100 days.

Biden’s 70% goal also was achievable, officials say — if in retrospect too ambitious — but critically relied less on the government’s ability to procure shots and build capacity to inject them and more on individuals’ willingness to get vaccinated.

“We did that as a team, relying very heavily or exclusively on the docs and scientists,” White House COVID-19 coordinator Jeff Zients said Tuesday on how the targets were selected.

More significant that the 70% statistic, officials said, is the vast regional disparities in vaccination, with a state like Vermont vaccinating more than 80% of its population while some in the South and West are below 50%. Within states, there’s even greater variation. In Missouri, some southern and northern counties are well short of 40% and one county is at just 13%.

With the delta variant first identified in India taking hold in the U.S., officials say the next vaccination boost may not come from incentives like lotteries or giveaways, but out of renewed fears of preventable illness and death. Other officials project a significant increase in vaccine uptake once the shots, which have received emergency use authorization from the Food and Drug Administration, receive final approval from the agency.

Heading into the end of the month another Biden goal also was in doubt.

The president last month set a target of shipping 80 million COVID-19 excess vaccine doses overseas by the end of June. U.S. officials say the doses are ready to go, but that regulatory and legal roadblocks in recipient countries are slowing deliveries beyond what was expected.

About 10 million have been shipped so far, including 3 million sent Wednesday to Brazil. Shipments are expected to pick up in the final days of the month, but meeting the goal by June 30 appears unlikely.

It takes time to share a lifesaving and delicate vaccine, one White House official said, but the administration expects to share “every single drop” of the promised doses.