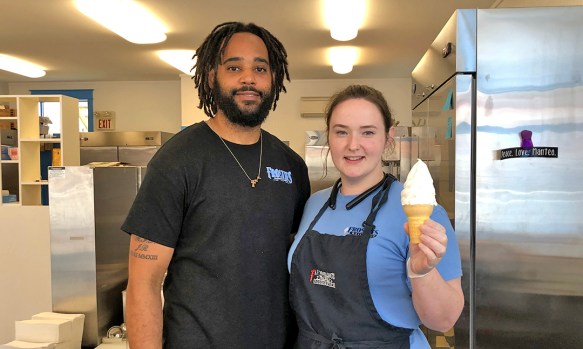 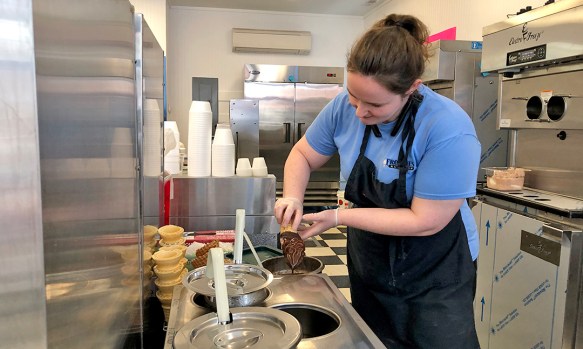 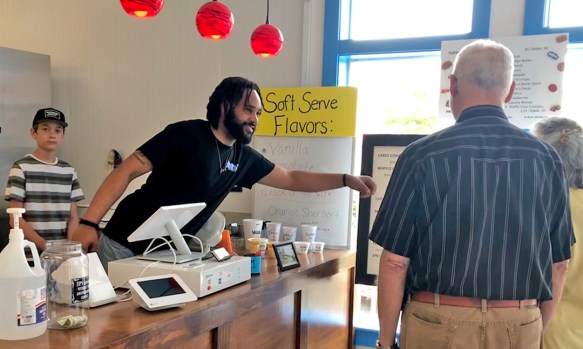 Damian Weaver points out his favorites on the menu. Summer Stevens photo 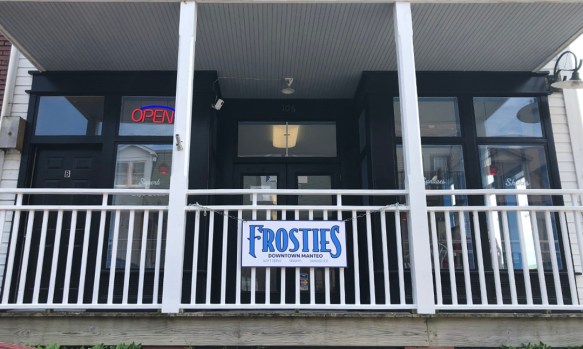 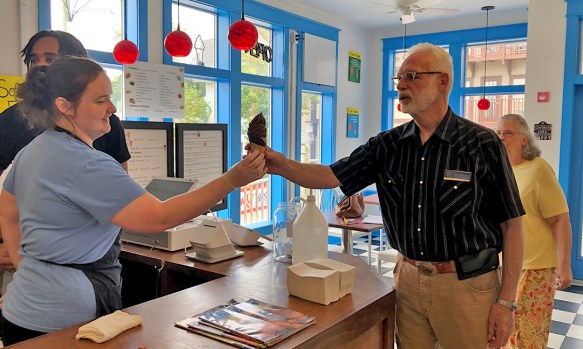 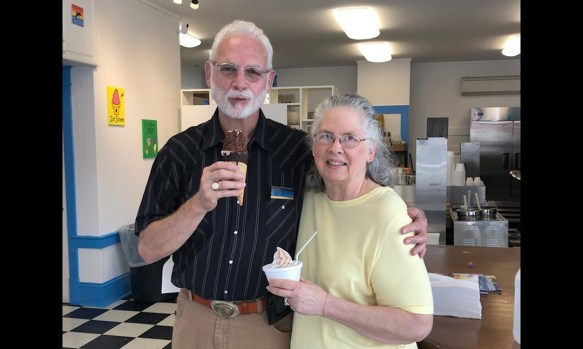 Manteo residents Steven and Lanie Vohs stop at Frosties for a chocolate dipped cone and a chocolate-vanilla swirl soft serve in a dish. Summer Stevens photo 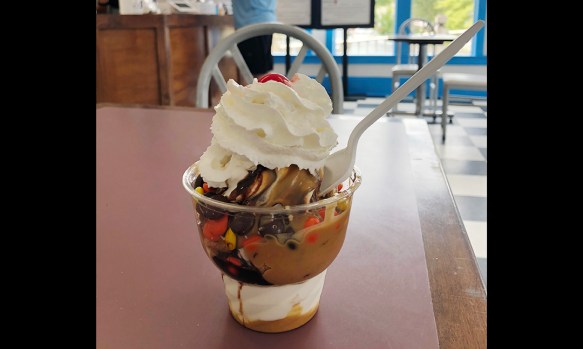 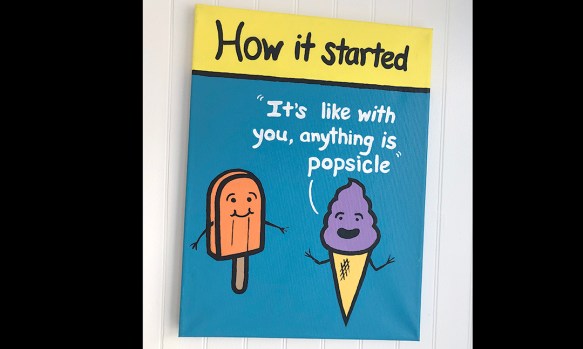 Husband and wife team Damian and Stewart Weaver have owned Frosties Rail Stop in Charlottesville, Virginia since 2019. While vacationing in the Outer Banks last year, they noticed that there was something that might make a good addition to the area: “We thought maybe there was a need for a really high-quality soft serve here,” said Stewart.

Frosties’ ice cream is delightfully creamy thanks to a milkfat content three times higher than most competitors, according to the Weavers.

They order the ice cream from a supplier in Pennsylvania. “We love it so much we actually ship it out every week ourselves. It’s just one little shop and it’s a very long trip for them. They don’t come to this area yet and we thought, we just have to get it down here – we’ll do it ourselves!” she laughed.

The soft serve flavors change each week. They start with a base of vanilla and make the flavor combinations onsite. Strawberry, for example, is made by pureeing fresh strawberries, adding the vanilla, straining out the bigger chunks “and you’ve got amazing strawberry,” Stewart said. “We’ll be trying a lot of new flavors together.”

And the shaved ice!

“That’s kind of our hidden gem for kids,” Stewart said. “It’s pretty big. It comes with a mound of ice. We tell people, beware of the size you choose! The kids get really excited when they see it.”

Another popular choice among Outer Banks customers is the chocolate dipped cone. “I think it’s got a lot of nostalgia for people. I remember getting a dipped cone with my parents when I was growing up,” Stewart said.

The shop has a nostalgic feel with its black and white checkerboard floors and bright white painted walls with a sunny-sky blue trim. “Stewart did all the artwork,” bragged Damian. “I like to keep it light and fun and goofy,” she said of the painted canvases with quirky cartoon ice cream characters.

Since its opening, the shop has been busy and is fast becoming a local favorite. “The people here are so warm,” said Stewart. “It’s a really small town . . . the number of people who come through here, and to still be able to maintain that, it’s incredible,” she said.

Damian has been working to get the word out about Frosties Downtown Manteo by going to businesses and building rapport. “I’m just getting the product out, taking care of our customers that way. The locals have really been taking care of us,” he said.

And he has plans to give back to the community through events like Cone With a Cop, a fundraiser that Frosties Rail Stop hosted to support local law enforcement. “We like to bring awareness to what they do,” Damian said.

Frosties Downtown Manteo will be open full time through October and the Weavers have some exciting fall flavors planned. They also plan to open the shop for special holidays like Thanksgiving and Christmas.