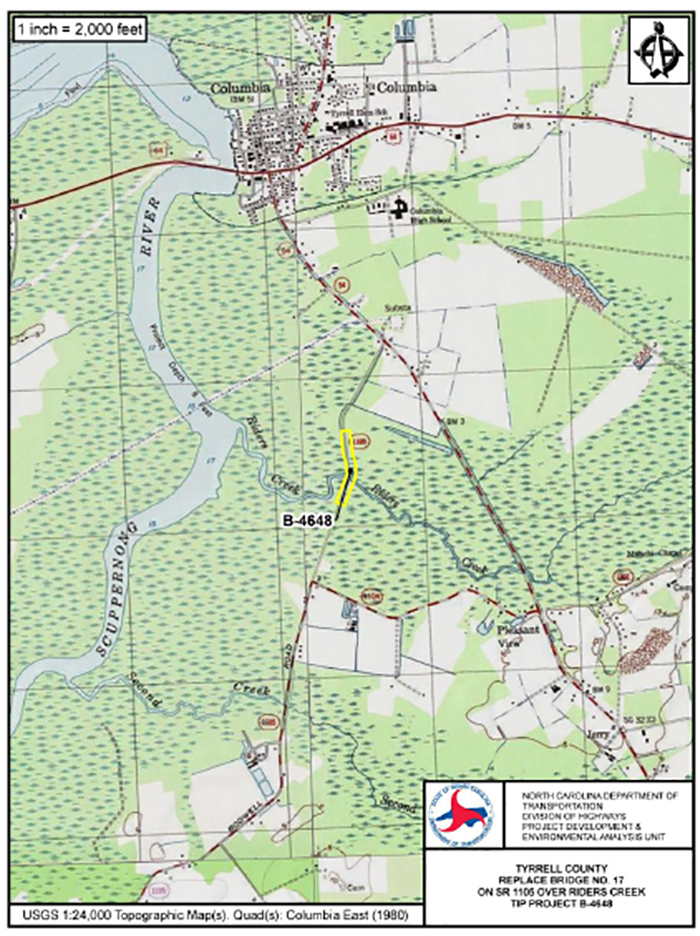 On June 18, 2021, the U.S. Fish and Wildlife Service announced the availability of a draft Compatibility Determination for a Right-of-Way Permit for the North Carolina Department of Transportation Bridge 17 (Ryders Creek Bridge) Replacement on Pocosin Lakes Refuge in Tyrrell County. The proposed right-of-way will be on Pocosin Lakes National Wildlife Refuge.

The Service is seeking comments on the benefits and impacts on the bridge replacement right-of-way through July 5, 2021.

The National Environmental Policy Act (NEPA) requires federal agencies to assess the environmental effects of proposed actions prior to making decisions. These actions include decisions on permit applications, adopting federal land management actions and constructing highways and other publicly-owned facilities.

Using the NEPA process, the refuge can evaluate the environmental and related social and economic effects of these proposed actions. For this project, an Environmental Action Statement was completed.

All comments must be submitted no later than close of business, 4 p.m. on July 5, 2021. For additional information or to request documents in alternative formats, contact Stanton at wendy_stanton@fws.gov or wildlife refuge specialist Sarah Toner at sarah_toner@fws.gov.