Rose and Clarence Skinner: A Manteo love story of 70 years 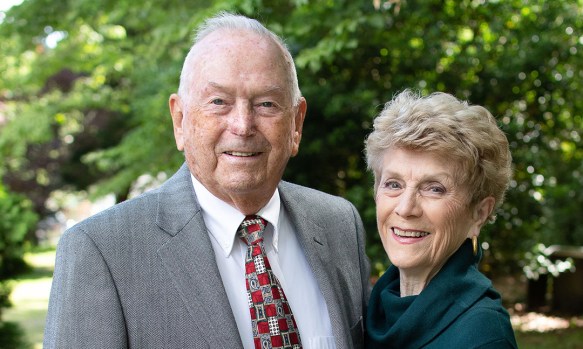 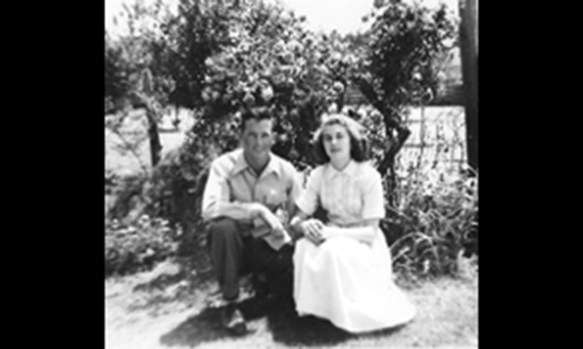 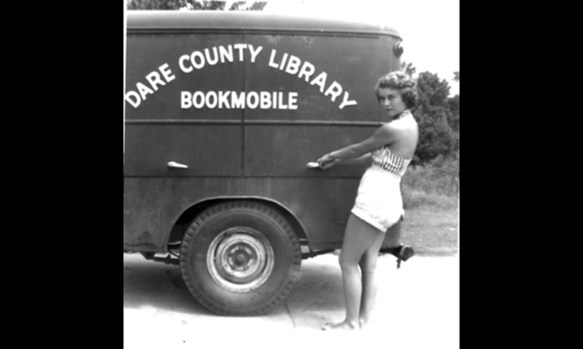 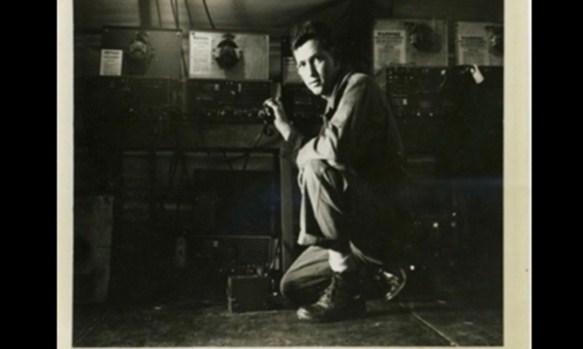 Their love story began in the summer of 1948 when Rose’s family moved to Manteo.

Clarence, who was born and raised in Manteo, had cleared the land that Rose’s family built their new home on. Shortly afterwards, he met Rose for the first time while she worked at a local restaurant.

Rose and Clarence dated throughout high school and family members recall Clarence coming to visit Rose on Sunday afternoons. Riding his blue bike, he would arrive at Rose’s family home with a large Orange Crush soda pop in his hand. They would spend the afternoon sitting on the sofa, listening to music from the radio while they drank their soda pop and ate Tollhouse chocolate chip cookies that Rose had made for their “date.”

Just two weeks later, Clarence left to serve in Korea for 18 long months without his new bride. They wrote letters constantly and the letters, which Rose has kept, are now considered treasured family heirlooms. During the 18 months that Clarence served in Korea, Rose worked for the Dare County Library, driving the mobile library to various remote locations in the Outer Banks, saving every penny she earned for their very first car.

Upon returning from Korea, a 25-year career with the Air Force took Clarence and Rose all over the world as they raised their three children, Laura Skinner Rhodes, Bud Skinner and Mark Skinner. Living overseas in France, England, Okinawa, Japan, with trips to Italy, Switzerland, Belgium, Holland, Brussels and Germany provided many unique experiences that the whole family still enjoys reflecting on at their gatherings. They also enjoyed living in the United States in Texas, Mississippi and Nebraska.

In 1975, Clarence retired from the Air Force and after having traveled the world, there was only one place that he and Rose now wanted to call home, and that was their beloved Manteo.

They joyfully returned to Manteo and they did not retire, they “re-fired!”

Rose began working at the old Christmas Shop and later at Charlotte’s in downtown Manteo.

She continued oil-painting her original pieces of artwork, which now grace the homes of family members, and she filled her kitchen with fragrant recipes from all around the world.

The historic Mount Olivet United Methodist Church has held a special place in the hearts of Rose and Clarence throughout their marriage. Rose regularly joins other members of the Chancel Choir as they sing on Sundays and participates in the Joy Sunday School class. Clarence has enjoyed teaching middle-school Sunday school classes, serving on the finance committee, participating in a mission trip to Bolivia and he currently teaches the men’s Sunday School class.

Life in Manteo has been a great blessing to Rose and Clarence, where they are surrounded by numerous family members and life-long friends. They spend their days now enjoying the beautiful gardens that surround their home and visits from their three grown children, seven grandchildren and five great-grandchildren. Their steadfast love for each other and the faithfulness that their marriage of 70 years reflects is an inspiration to all of their family and they are a shining example of the famous quote from the Song of Solomon, “I have found the one whom my soul loves.”  Song of Solomon 3:4