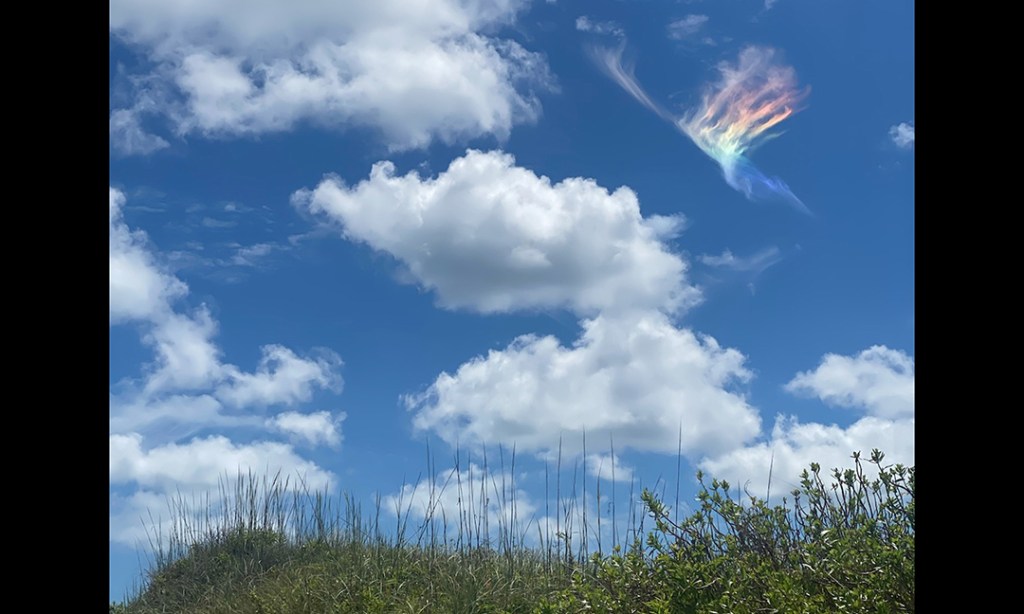 Many people in the area spotted a rainbow-hued cloud late Wednesday morning.

Bob Frederick with the National Weather Service Newport/Morehead City Office stated that, based on photos, it appeared to be cloud iridescence.

According to SciJinks.com – a joint effort of NASA and NOAA – so-called “rainbow clouds” typically happen “in altocumulus, cirrocumulus, lenticular and cirrus clouds. Iridescent clouds happen because of diffraction – a phenomenon that occurs when small water droplets or small ice crystals scatter the sun’s light.”

“Cloud iridescence is relatively rare. The cloud must be thin and have lots of water droplets or ice crystals of about the same size. When that happens, the sun’s rays encounter just a few droplets at a time,” the SciJinks.com post continued. “For this reason, semi-transparent clouds or clouds that are just forming are the ones most likely to have iridescence.” 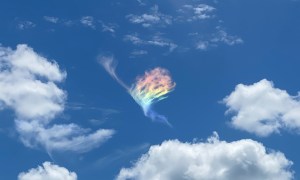