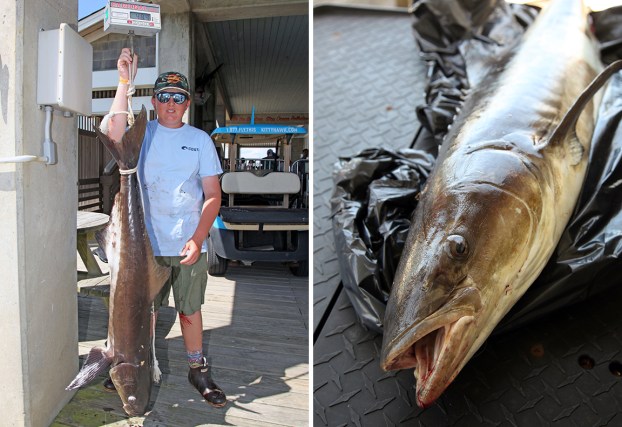 Griffin Geddie, 15, of Duck landed this cobia after pitching a bucktail lure towards the fish swimming near the end of Jennette’s Pier in Nags Head.

It weighed 44.8 pounds and filled up a large boat cooler.

Geddie was thrilled because he had been putting in his time trying to get one for several weeks. The green and clear water temperature was 71 degrees.

Anglers also had a good run of Spanish mackerel to start the day. Later, they picked up bluefish, black drum, small puppy drum and even a small tarpon.

Cape Hatteras National Seashore reminds visitors and adjacent homeowners that it is illegal to detonate fireworks or have fireworks in... read more