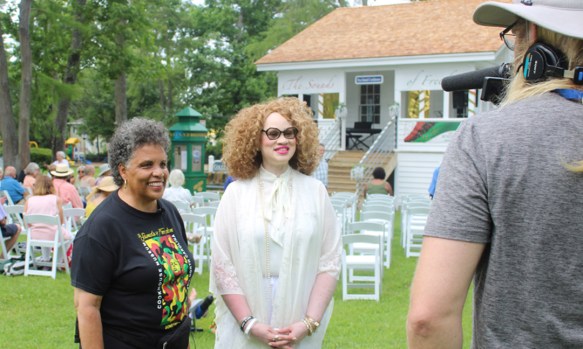 Two members of the Pea Island Preservation Society, Joan Collins, director of outreach and education, and Coquetta Brooks, secretary, are interviewed by Current TV before their Juneteenth celebration on June 19. Courtesy Joan Collins 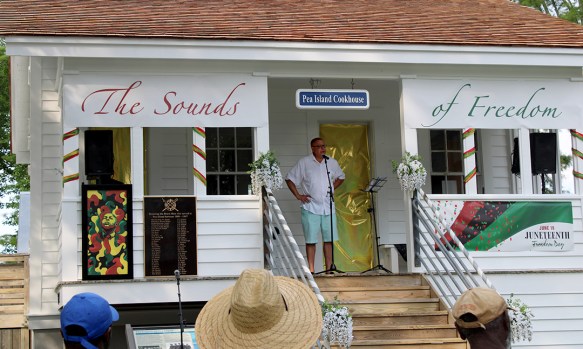 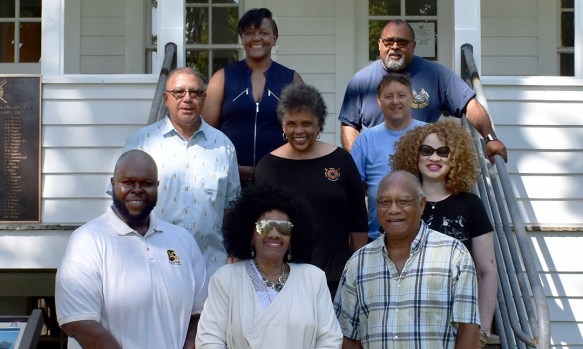 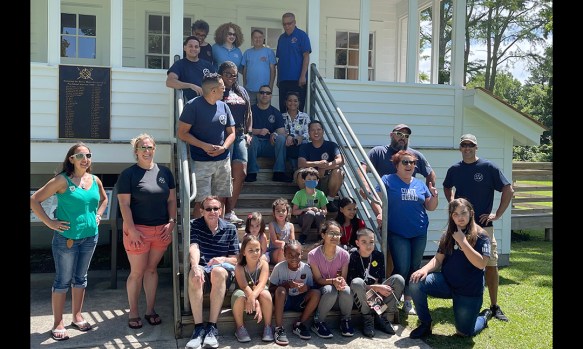 The Pea Island Preservation Society has been awarded a $30,000 grant from the Z. Smith Reynolds Foundation for their newest project: a documentary that will dive into the depths of history, exploring and explaining the past of the Outer Banks.

The Z. Smith Reynolds Foundation (ZSR) announced that in May, trustees awarded Community Progress Fund grants to 32 organizations in North Carolina, totaling $1.3 million. This fund was created to aid in the productions of community-oriented projects to move an issue, idea or organization forward.

“ZSR’s Community Progress Fund is intended to support local projects by making time-limited investments in communities at key moments in time,” said Darryl Childers, Z. Smith Reynolds Foundation program officer. “We are grateful to be in partnership with these 32 organizations that are employing various strategies to create meaningful change in their communities.”

Joan Collins, director of outreach and education, shared that this project is intended to capture the history of Richard Etheridge and the Pea Island Life-Saving Station. But more importantly, this documentary will serve as a better understanding of the divided yet united past of black, white and racially mixed men who were tied together by service. The film is envisioned to portray the significance of a time when divided members of society came together to accomplish one of the biggest feats in history.

“We’re always trying to think about what our experiences have taught us,” said Collins, “and that we have to use a variety of approaches to make history known.”

The Pea Island Preservation Society has spent years bringing the history of the Pea Island Life-Saving Station to life. Through their physical, living Cookhouse Museum, Richard Etheridge Statue and Herbert M. Collins Boathouse in Manteo, the society has been able to visualize this checkerboard past for individuals that visit today. The newly established “Freedmen, Surfmen, Heroes” virtual program is in full swing local in Dare County elementary schools, along with their successful live program than had run prior to the COVID-19 pandemic. This program has been featured also at the North Carolina Aquarium on Roanoke Island on numerous occasions, while also being presented at the Graveyard of the Atlantic Museum, the Dare County Center along with several other locations in and around the county.

The Pea Island Preservation Society has worked in collaboration with Outer Banks Conservationists to create this film. The documentary is set to be entitled “A Checkered Past: The Story of Richard Etheridge and the Pea Island Life-Saving Station,” and hopes to include videos and clips of Island Farm, where the living history site of the white Etheridge family resides. The plan is to include images and interviews with descendants whose ancestors served in the United States Life-Saving Service on the Outer Banks in the documentary.

“People don’t really stop to think about the fact that in the 1800s, black and whites were serving at these stations together, and men shared the same last names but were very different from each other,” Collins said. “We wanted to do a documentary that would bring more light to that history and use it as an opportunity to speak to descendants of slaves as well as descendants of slave masters.”

While the focus of their retellings has primarily focused on the heroic rescue of passengers aboard the E.S. Newman by members of the Pea Island Station, Collins explained that the society does not want to recreate what has already been told time and time again. “We just want more insight into history and talk about the things that have happened since the gold medal was awarded.”

The society has been granted $30,000 and two years to produce this documentary. While having a few filmmakers in mind, the society wants to primarily focus on having this project exude accuracy and “document what needs to be documented” in order to bring this history to light. “We really are pleased to have the opportunity to do this,” Collins shared.

Darrell Collins, president of the Pea Island Preservation Society, said “A lot of history is not known, so we were trying to reach as many people we can . . . more and more people are becoming interested in it.”

The Pea Island Preservation Society hosted a Juneteenth celebration on Saturday, June 19, expanding on their continued efforts to make this history known. Honorary board members Tshombe Selby, James Melvin and Doris Creecy were inducted into the society and have pledged to assist with music, art and educational outreach. Many community members came out to show their support and recognize the impact this history has made the Outer Banks as a whole today. Community support has been the goal of the Pea Island Preservation Society since its inception.

While recognizing the long road ahead, Darrell and Joan noted that their efforts have made an impact so far. “I think were at the point where we are starting to gain momentum and interest and that feels delightful,” said Joan. The struggle, Joan noted, comes with people who are visiting the Outer Banks for the first time every year who do not know the history of the life-saving station. While not known to be a main attraction on the island, “where we are is the heart and soul of African American history,” Joan stated.

She added, “If we can really make people understand why this is significant and why this is important for the whole community, then I think we will have accomplished our mission.”

Along with an understanding and general knowledge of the past, there are many other goals the society has set out to obtain. There is a hope to receive funding to expand on the current Cookhouse Museum and add more structures to teach children to “essentially do things that they would help them become historical interpreters and teach others about the history of their community.” The plan is to have a place to rotate exhibits and store artifacts safely. “That’s our ultimate vision,” said Joan.

The Cookhouse Museum is now open on Tuesdays, Wednesdays and Thursdays from 10 a.m. to noon and 1 p.m. to 3 p.m.