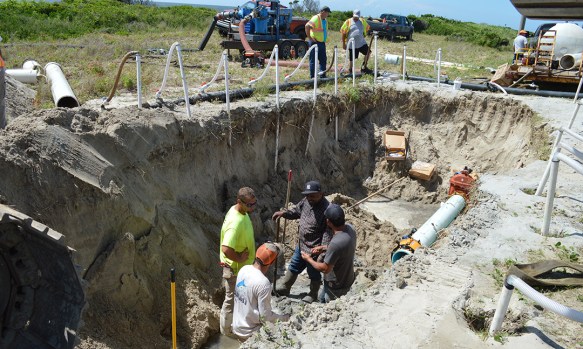 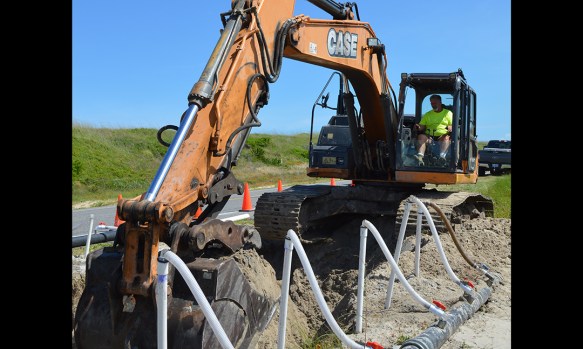 Derek Hatchell is at the excavator controls at the water main break between Buxton and Avon. Mary Helen Goodloe-Murphy photo 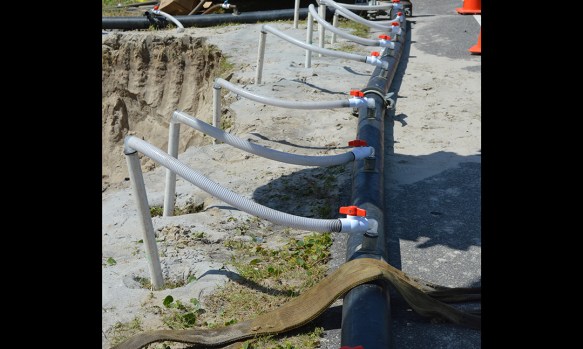 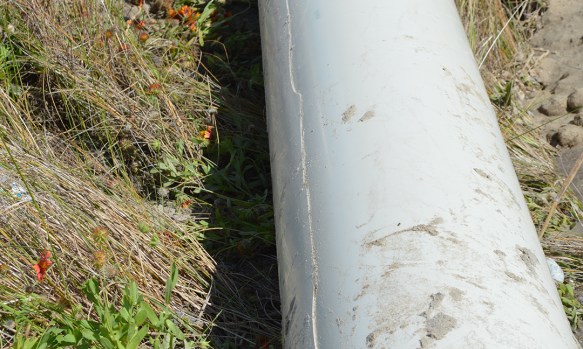 A thin line marks the split in the water main between Buxton and Avon. Mary Helen Goodloe-Murphy photo 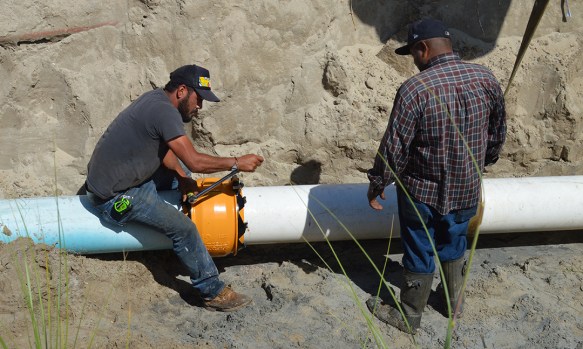 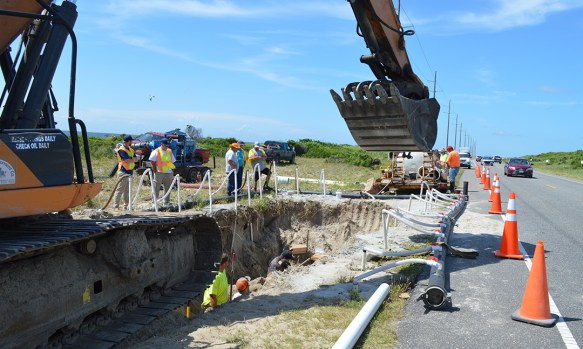 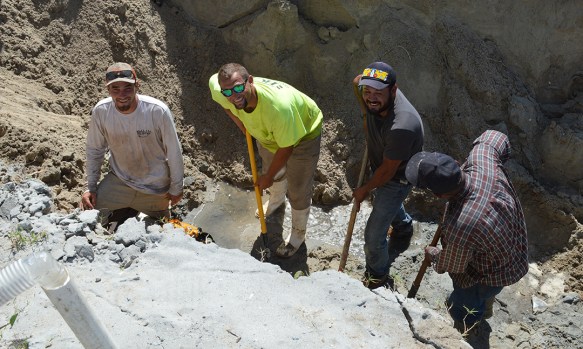 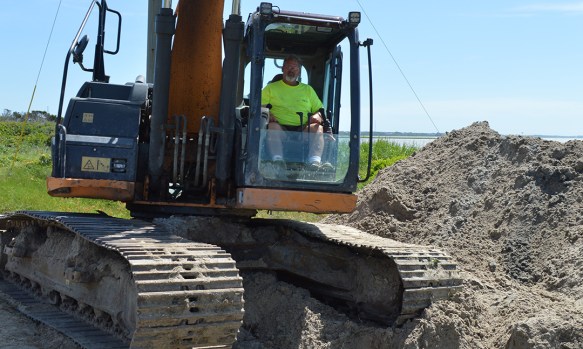 Close to 9.a.m. on Thursday, July 1, a break in the water main between Avon and Buxton was noticed by the Dare County Water Department.

A few minutes later, Derek Hatchell with Hatchell Concrete, Inc. got a call to help. He assembled a nine-person crew, loaded up equipment and made the journey to Hatteras Island.

At 9:23 a.m., a message arrived from Dare County asking water users in Avon to conserve water.

The estimated time for repair was four or five hours.
Pat Irvin, public utilities director for the county, said this line split happened due to a power outage in Frisco. A motorist ran into a guy wire, which popped free and knocked out a circuit, reports Cape Hatteras Electric Cooperative.

The power outage caused water system pumps to go out. A water hammer slammed through the system and was followed by a vacuum. The result was a split between joints.

The water main that was split is the deepest pipe in the system.

Hatchell used an excavator to dig a deep hole to uncover the pipe. To fix the pipe, the hole had to be dewatered. The hole was ringed with lines and pipes and a big pump pulled water out of the hole.

Two sections of new pipe were sawed to size. At the north end of the break, a gate valve was installed, which will make it easier to shut off water to Avon and prevent blackflow. To complete the repair, two alpha couplings were installed.

Then a fire hydrant at the Buxton end of the water line was opened and a fire hydrant at the north end was opened, to rid the main of sand. Derek Hatchell at the controls of the excavator carefully dumped buckets full of sand around the exposed pipes. The crew pushed and stamped down the sand under the pipe. Tools were collected. The crew in the hole waited. No water leaked from the repaired joints.

Water flowed to Avon just after 4 p.m. System pressure was dropped from 50 to 40 psi during the incident. The state low pressure standard is 20 psi.

At the start of the water emergency, 20 feet of water was stored in the Avon water tower. At the end, 13 feet remained.

Just in case another emergency occurs during this holiday weekend, Hatchell Concrete stored equipment on Hatteras Island and has five crew members on standby.

Engineers are engaged and working on a solution.

This is the third time the water main has broken recently. The first break was June 3 and the second June 13.