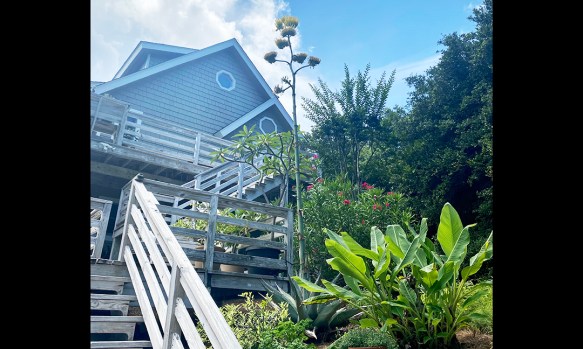 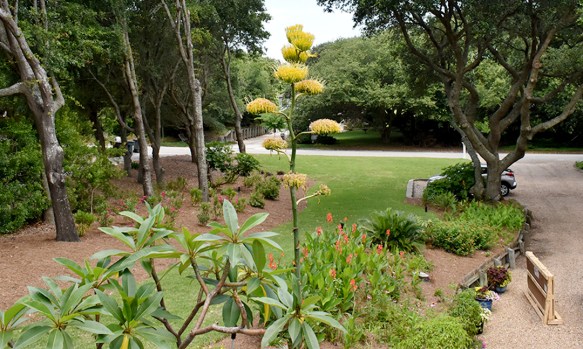 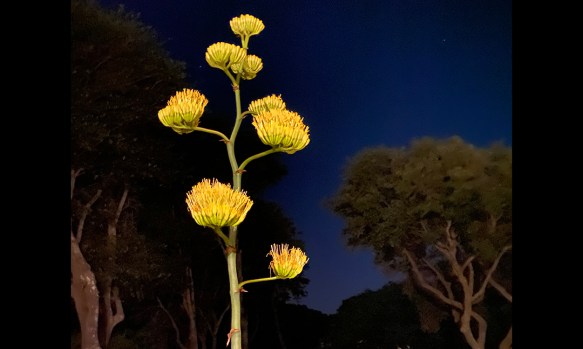 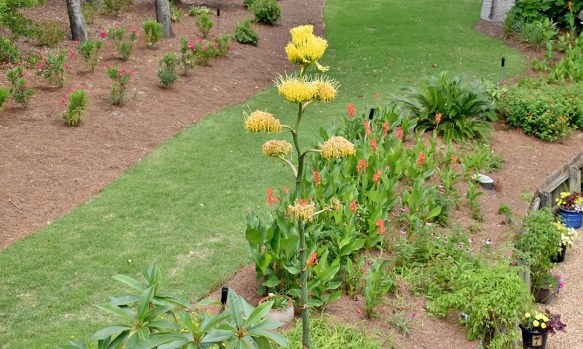 Off of 13th Avenue in Southern Shores, a few houses down on the left, you can find the beautifully maintained and artfully landscaped home of Dan and Cat Osman. Among the colors of their front gardened yard lies a rather large and now-blooming plant – a century plant – standing around 13 feet tall.

Scientifically known as the Agave americana, the century plant is native to North America and can be found in various locations across the United States. It can be described as a large succulent that grows in a range of habitats and soil types, tolerant to salt spray, high temperatures and extreme droughts. It is most commonly known for its rather odd and unique way of blooming, which only happens every 15-25 years.

Dan Osman has lived on the Outer Banks since 1994 and moved to his current residence from Kill Devil Hills in 2005. A contractor by trade, Osman has met many local builders, architects, developers and the like over the past 27 years. One in particular, Mickey Hayes, is the reason the century plant lives in Osman’s yard today.

“He [Hayes] used to own a house on the oceanfront right here on 13th Avenue,” said Osman. “He gave me this century plant back in 2000 when I was living on the Beach Road in Kill Devil Hills. I had it in a pot back then and kept it there until I moved here in 2005. Then I planted it in the ground.”

Osman said the bottom leafy portion of plant has grown steadily over the past 20 years. However, just about a month ago, a stalk started growing from the base rapidly. “It grew really fast,” Cat said. “I would walk outside and it was almost like you could see it moving.”

Cat explained that she would watch the plant grow daily, noticing how much higher it would stand as the days passed by. Over the course of a month, the stalk had grown significantly and had started to bloom. “All the blooms came out over two weeks, the bottom tier opened into flowers first and now they’re at the top,” Cat said. Boasting bright yellow flowers, the Osmans’ century plant has now reached its peak.

Interestingly enough, this plant is known as “monocarpic,” meaning that once it blooms, the plant will die. A striking display of nature at its finest, only to be enjoyed for a small amount of time.