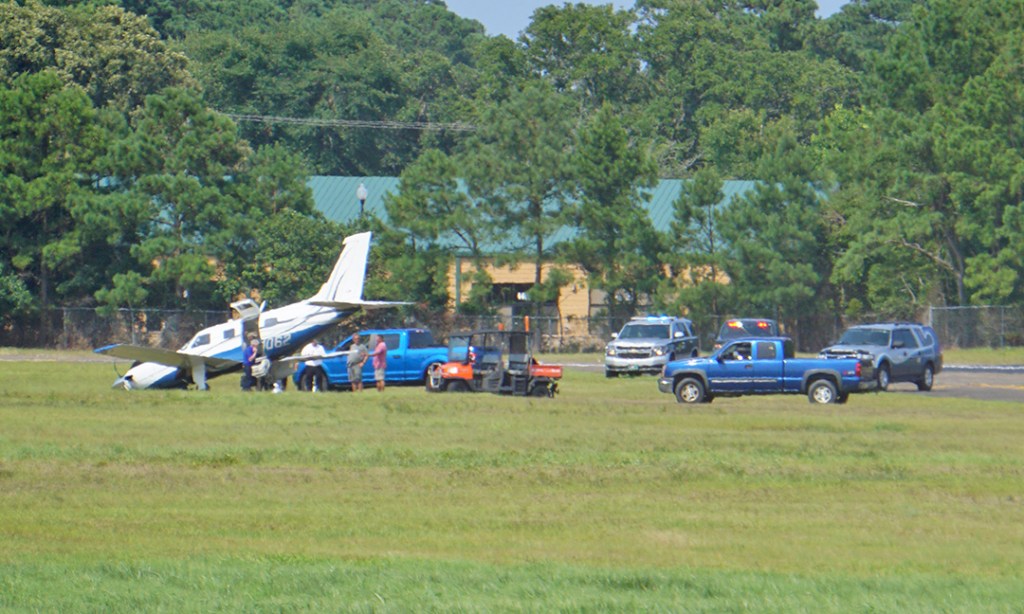 A plane crash was called in on the grounds of Dare County Regional Airport around 3:30 p.m. on Tuesday, July 6.

According to Dorothy Hester, Dare County public information officer, a privately owned single engine Piper Meridian turboprop out of Virginia experienced engine trouble shortly after taking off. The pilot circled back around to land, at which time the engine was sputtering. The nose gear collapsed and the plane went off the runway into the grass. 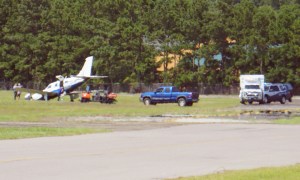 Two people were on board – the pilot and a passenger. No injuries were reported.

Airport operations were briefly shut down. The main runway was reopened fairly quickly with the secondary runway remaining closed until first responders were finished.