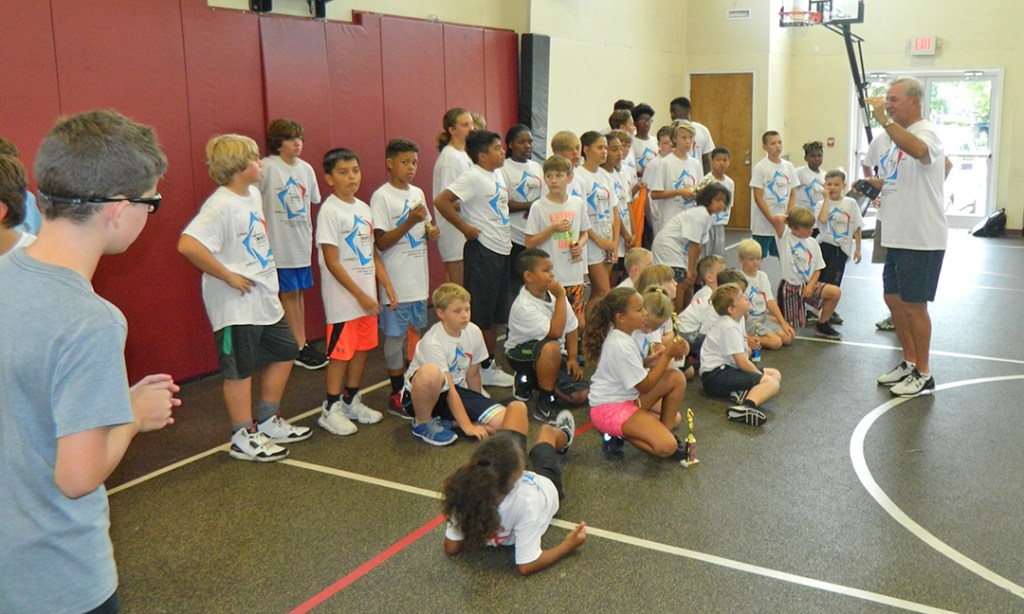 Summer may be in full swing, but any young athlete willing to give up a little beach, video game or television viewing time this summer will have a chance to develop a number of important basketball skills.

Open to boys and girls ages 9-14, the annual Manteo Baptist Church Summer Basketball Camp is currently accepting applications for this year’s event running July 12-16 from 9 a.m. to noon each day.

Almost any athlete will tell you that the pathway to success requires first mastering a series of basic skills. Operating on the basic theme that “with God all things are possible,” Hendrix takes things one step further when he says you can love the game and love yourself.

In years past, as many as three dozen boys and girls have attended a week-long summer camp. With COVID restrictions in place, the ninth annual 2020 camp was canceled. With this year’s camp dates rapidly approaching, Hendrix said he is anxious to get the summer camp up and running again. He added that the church gym at the intersection of 406 U.S. Highway 64 and Ananias Dare Street in Manteo is the perfect setting.

Keeping the main thing the main thing, Hendrix is challenging athletes to participate in an activity that will teach how to make a positive impact on the court – and in the world – while at the same time having plenty of fun.

He explained that athletes will spend most of their time learning about shooting form, defensive footwork, offensive moves and team play, all within a fun environment. There will also be testimonials daily from camp leaders.

The team of coaches Hendrix assembled have considerable skill and experience to be able to provide each participant with an understanding of basketball fundamentals.

Hendrix went on to say while all the basics are covered on the court like rebounding and teamwork for both offense and defense, there is more to the camp than basic basketball skills.

“We do cover the whole spectrum of the game but it’s not just about basketball,” explained Hendrix. “Along with dribbling, passing and shooting, we will have a devotion every day.”

To that end, Hendrix often invites people from the church to speak to campers and may have a video devotion with NBA players giving their testimonies.

“I think our kids enjoy that as much as anything,” Hendrix added.

According to Hendrix, there is a $20 per camper registration fee, only enough to cover the cost of materials including a T-shirts, awards and an end-of-the-week celebration.

“Nobody’s making any money here,” explained Hendrix. “I recruited my coaches telling them that there was no pay but we’re still trying to make it as nice a camp as we can.”

Hendrix then added that there are scholarships available to help cover the registration fee.