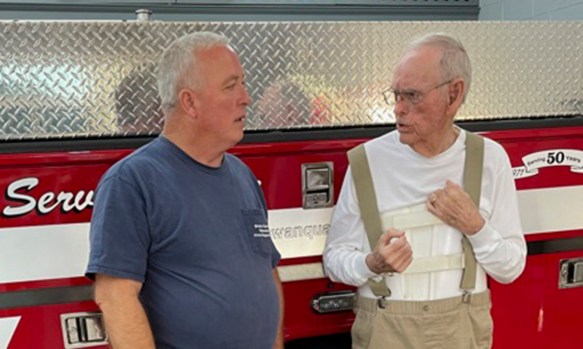 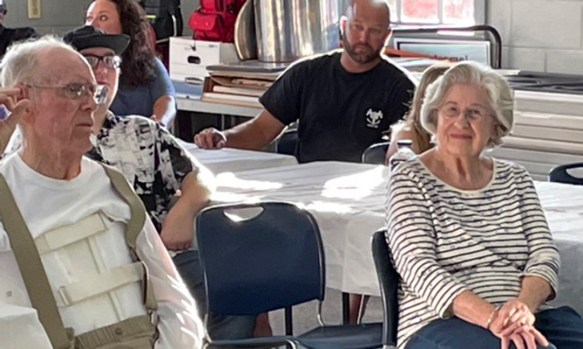 Hiatt and Norman Cahoon were honored during a recent reception at the SQVFD. Courtesy SQVFD 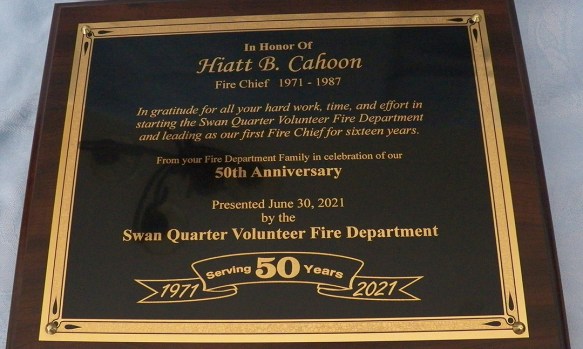 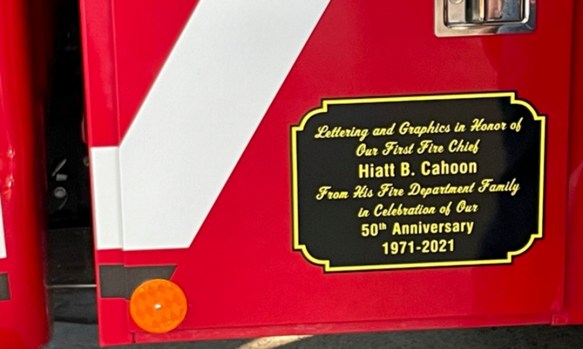 On June 30, 2021, the Swan Quarter Volunteer Fire Department kicked off the celebration of their 50th anniversary year with a small reception to honor its first fire chief, Hiatt B. Cahoon.

In March of 1971, a group of concerned citizens met in the former Hyde County Agricultural Building in the center of the village of Swan Quarter with the intent to officially form an organization that would provide a viable organized fire safety presence for the community.

At that meeting, 13 Hyde County citizens stepped forward and pledged their support of the project. Cahoon, a Swan Quarter native and business owner, agreed to serve as the fire chief.

On July 1, 1971, the Swan Quarter Volunteer Fire Department, Inc. was incorporated in the State of North Carolina. Plans to build a new fire station were already underway and later that year work began in earnest to construct a station house right across the street from where their March meeting had taken place.

Cahoon went on to lead the SQVFD as chief for 16 years.

Many memories and bits of history involving the SQVFD were shared during the evening, followed by the presentation of a plaque to the former chief honor of his service. A special graphic that had been added to the current SQVFD’s brush truck was unveiled, which also expressed the appreciation of the chief’s “fire department family” for a job well done during his years of service and also for the leadership he still provides to the community.

The chief’s immediate family, including his wife Norma, were present for the celebration. She was also recognized as being the force behind the scenes, quietly doing her part to help the department become a mainstay in the community that it is today.

Other upcoming 50th anniversary activities are planned, including an open house at noon on Saturday, July 17 at the station, located at 25 Oyster Creek Road.

Earlier that same day, there will be a groundbreaking ceremony at 10:30 a.m. for the SQVFD’s new Lake Comfort Substation, located at 149 NC 94. The public is invited to attend both events.