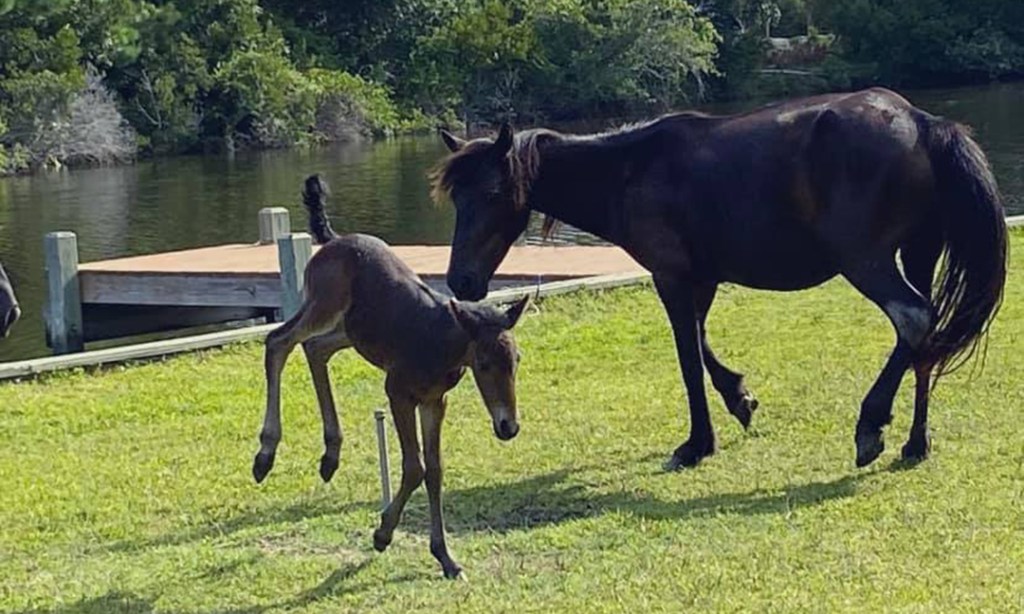 Three fishermen came to the rescue of a newborn horse struggling in a canal on the northern Outer Banks.

The Corolla Wild Horse Fund says on its Facebook page that the foal, named Beatrice, was born Saturday, July 10. According to the post, herd manager received a call around 6 a.m. that there was a foal struggling in the canal.

Owen Carson of Asheville also posted to Facebook that he and his two fishing buddies saw the foal struggling as its parents stood at the edge of the canal. He said the group circled back and he got out of the boat and waded over to the foal, guided her around a seawall abutment and to the nearest boat slip.

Carson said he carried the foal to shallow water and coaxed her back to her parents. 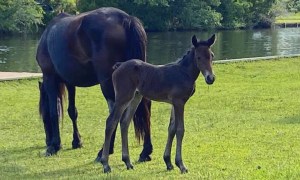 “Owen, Jeff, and George – you saved this filly’s life,” stated the Corolla Wild Horse Fund post. “And thank you to Carova Beach Volunteer Fire & Rescue and our staff and volunteers who responded immediately too.”

The News & Observer of Raleigh reports Beatrice is recorded as the seventh foal born this year on Corolla, where there’s a herd of about 100. One horse died last week due to an infection and another was recently removed from the wild after nearly choking to death on something he ate.

“Beatrice means ‘bringer of joy’ and after the last couple weeks, with the loss of Lizzie, and Junior’s removal from the wild herd, we all certainly need a little joy in our lives,” the Corolla Wild Horse Fund post continued.