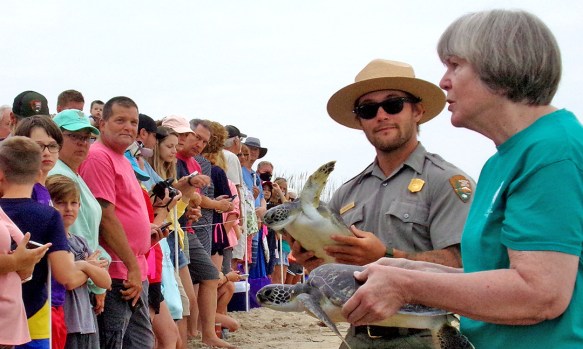 Smarties and Skittles get a close up look at the crowd before being released back into the ocean. Summer Stevens photo 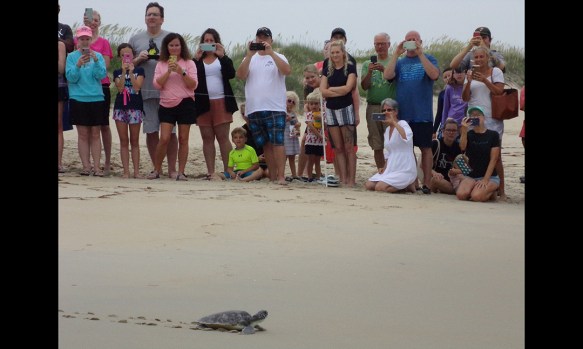 The crowd is thrilled to see Skittles make it to the surf. Summer Stevens photo 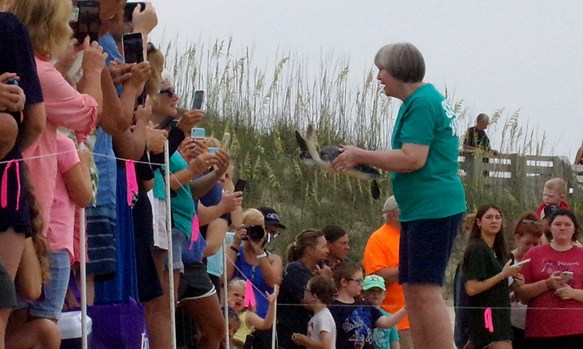 N.E.S.T. board member and STAR Center volunteer Louise Vance carries a sea turtle around to spectators minutes before the turtle is released. Summer Stevens photo 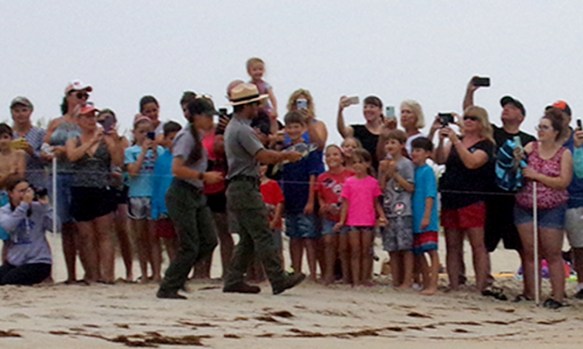 A park ranger carries a sea turtle to give spectators a closer look. Summer Stevens photo 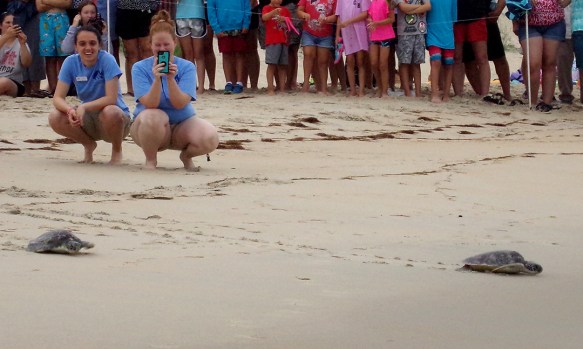 Smarties and Skittles head toward the sea. Summer Stevens photo 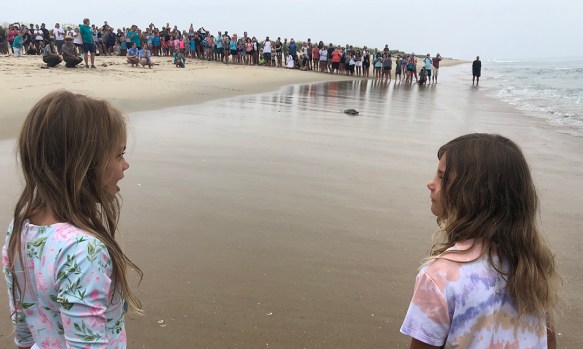 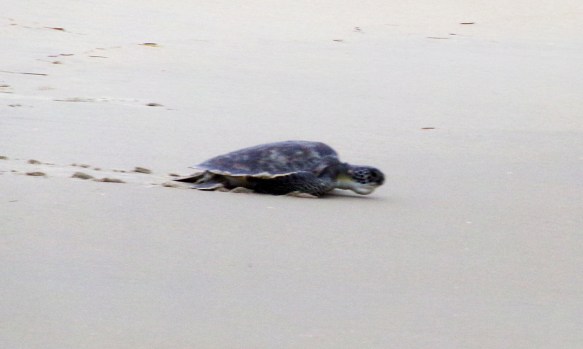 Skittles takes the lead and heads for the water first. Summer Stevens photo 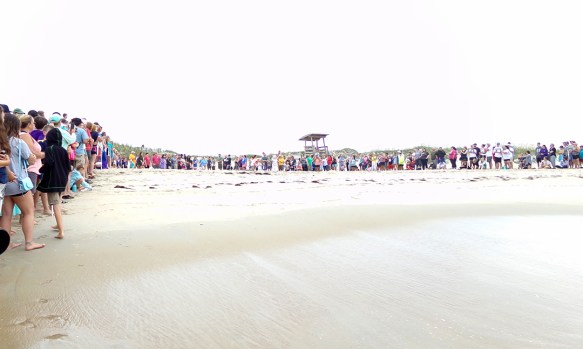 A crowd gathers at Coquina Beach in Nags Head to watch the release of two sea turtles back into the ocean. Summer Stevens photo

A crowd of about 300 people gathered at Coquina Beach Wednesday morning to witness the release of two green sea turtles, Skittles and Smarties, back into their natural habitat.

The turtles arrived in two containers and volunteers carefully took them out and paraded them around to the crowds of people eager to get a closer look and a photo. The onlookers formed a large semicircle. Just past 8 a.m., Skittles and Smarties were placed on the sand to begin their journey back home.

Smarties immediately took the lead, crawling the 50 or so feet to the surf. Skittles was a little more hesitant, but within a couple of minutes, both turtles were safely back in the ocean, followed by applause from onlookers.

Network for Endangered Sea Turtles (N.E.S.T.) and the Sea Turtle Assistance and Rehabilitation (STAR) Center at the Aquarium on Roanoke Island, along with Park Rangers, organized the release of the turtles after seven months of care due to upper respiratory infections. Skittles and Smarties, estimated to between three and five years old, only weigh about five pounds, though they will grow to up to 500 pounds, according to N.E.S.T. board member Louise Vance.

When asked if she had any concerns how the turtles would fare in the wild after months in care, Vance replied, “None whatsoever.”

“We will miss them,” said STAR Center volunteer Barbara Delvillar. “We enjoy playing with them, but we are happy to send them home.”