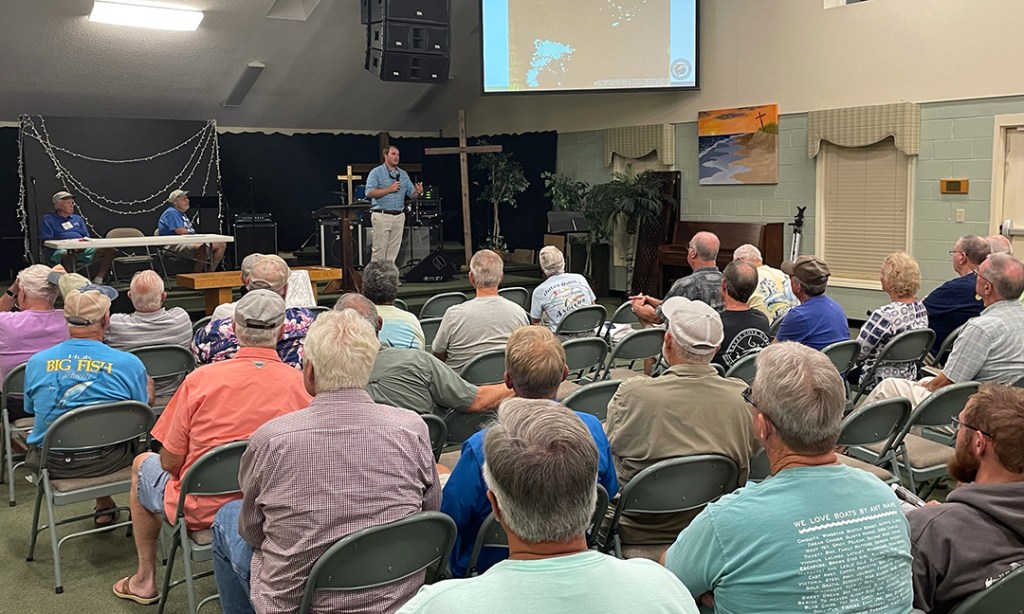 The Outer Banks Anglers Club held its most recent meeting on Monday, July 26, 2021. The special guest speaker was Jordan Byrum, artificial reef coordinator at the habitat and enhancement section of the NCDMF and NCDEQ.

Those who missed the meeting, may access information about the North Carolinas Artificial Reef programs at: https://tinyurl.com/ncreefs.

The next Outer Banks Anglers Club meeting will be held on Monday, August 30, 2021 at 7 p.m. at the Kitty Hawk United Methodist Church, located at 803 West Kitty Hawk Road in Kitty Hawk.