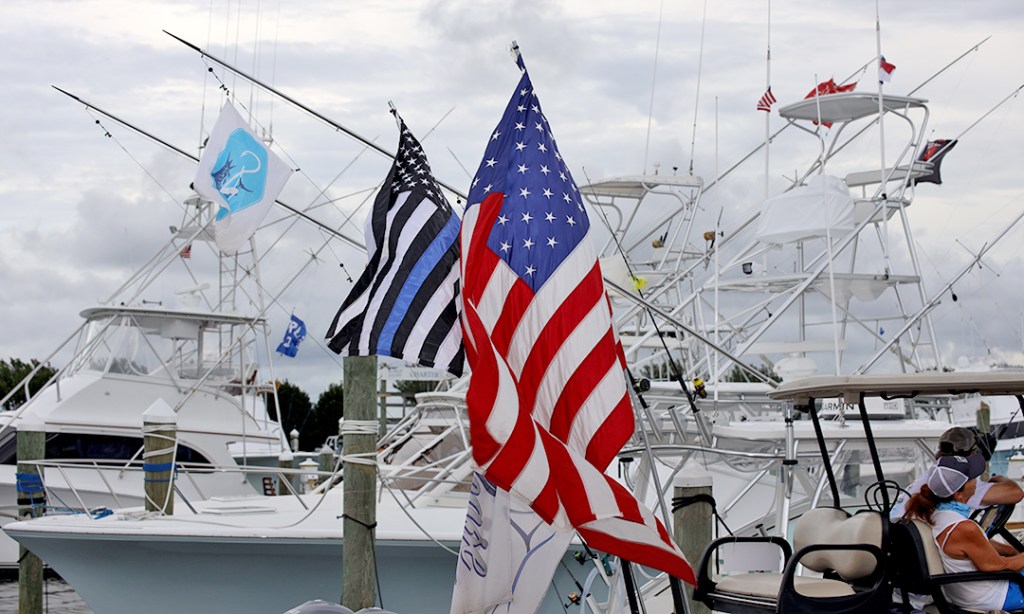 In 2017, the tournament director from Pirate’s Cove met a bunch of war heroes at a boat show and the idea for the Sheep Dog Challenge was born.

“Since that time, 40 wounded warriors from around the country have come to the Outer Banks for fishing and brotherhood,” stated a Pirate’s Cove press release. “And because fishing a tournament sometimes is not enough the PCBT Board of Directors decided to throw a party for our local active and retired military and first responders. And we did just that.”

The Sheep Dog Challenge tournament and raffle have raised much-needed funds for the Sheep Dog Impact Assistance, a nonprofit that organizes outreach programs for veterans and mobilizes for national disasters. All entry fees for the Sheep Dog party (a donation of cash or canned goods) have gone to the local food pantry.

“In 2021 we have had some changes, most related to the sheer number of visitors on the Outer Banks,” stated the release. “Fishing for our warriors is postponed, but only for a short while. Pirate’s Cove Billfish Tournament will still hold host to our Thank You For Your Service Party with dinner and dancing.”

Visit fishpiratescove.com on the “tournament” page or contact Heather Maxwell at 252-305-3610 for more information.