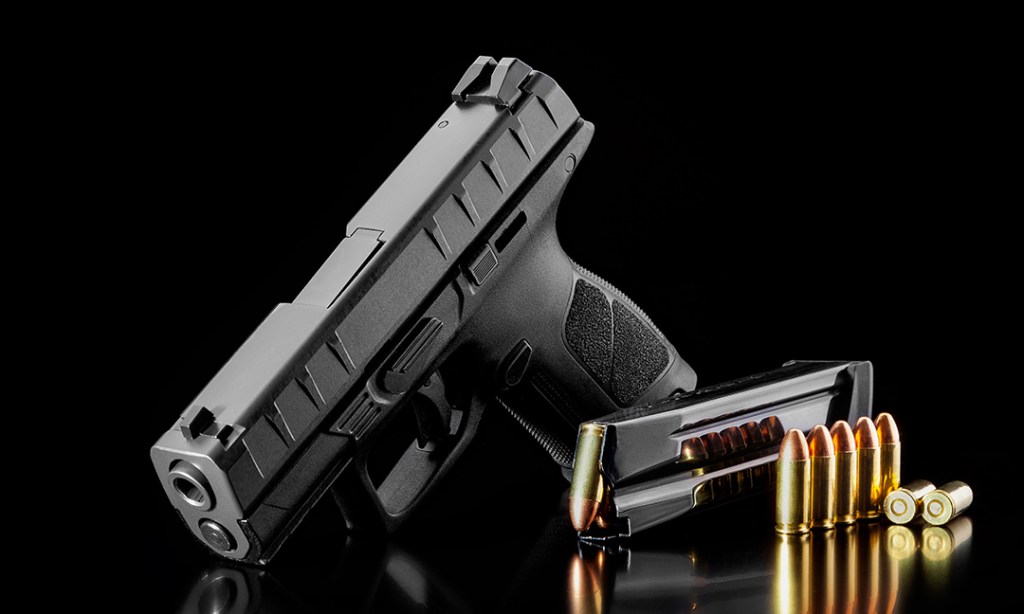 North Carolina Republicans completed a push Wednesday to eliminate the state’s long-held requirement that a handgun buyer obtain a permit from the local sheriff. But the repeal is likely to get vetoed by Democratic Gov. Roy Cooper, who supports more gun-access restrictions.

The Senate voted 27-20 along party lines to approve a House bill that would end the pistol purchase permitting system. The current law directs a sheriff to perform a background check on applicants, evaluate their character and ensure the gun will be use for a lawful purpose.

Any Cooper veto would likely survive an override effort since there are enough Democrats in each chamber opposing the measure. The GOP-controlled House approved the measure in May on a near party-line vote.

The removal has the backing of the group representing the state’s sheriffs, which for years opposed a repeal. The North Carolina Sheriffs’ Association reversed itself this year, saying the background check is redundant given the federal background checks that licensed gun dealers must conduct before a sale are more comprehensive and reveal possible problems, such as mental health commitments or substance abuse.

But the national background check wouldn’t be required in a private sale between two individuals — in contrast to current law, in which the purchaser needs a permit from a sheriff. While bill sponsors said most people don’t know they need a permit in such a transaction, opponents of the measure say it would create a large loophole that would allow weapons to be purchased freely.

“This bill would remove one of the few protections that we currently have in place to stop dangerous people from buying handguns,” said Sen. Natasha Marcus, a Mecklenburg County Democrat.

Cooper’s office didn’t immediately respond to an email seeking comment on the bill. Attorney General Josh Stein, also a Democrat, asked legislators earlier this week to consider “the serious threat to public safety this legislation carries and reject it.”

The bill, if it were to become law, wouldn’t end the requirement that sheriffs issue concealed weapons permits.

The legislation evolved this year from its initial version, which would have allowed pistol permit purchase applicants to file an application in a county contiguous to where they live. The original bill was designed to ease huge backlogs in permit applications in urban counties that began during the COVID-19 pandemic. Individuals and gun-rights groups sued the Wake County sheriff for delays last year, and the Mecklenburg County sheriff just last week.

State law requires sheriffs to tell permit applicants within 14 days whether a permit will be granted or denied. Mecklenburg County Sheriff Garry McFadden’s office currently has almost 5,300 applications in hand and is working on those received in April, according to the sheriff’s web site.

Sen. Ralph Hise, a Mitchell County Republican, accused sheriffs in large urban areas of intentionally slowing down the process to the point that it was denying citizens their constitutional right to bear arms.

Becky Ceartas with North Carolinians Against Gun Violence, speaking at a virtual news conference earlier Wednesday, said the solution to backlogs is to provide more resources to local sheriffs to process applications — not to do away with the system all together.

Wake Sheriff Gerald Baker, who also spoke at the news conference, doesn’t agree with his association’s position. He said law enforcement should do what it can to keep weapons out of the hands of bad actors during a time of rising crime.

“Everyone has a right to bear arms,” Baker said, “but we’ve got to realize that and agree that we’ve got to make it tougher to lawfully own” a weapon.

News conference speakers pointed to studies that showed Missouri’s repeal of a pistol purchase permitting system led to the homicide rate going up by as much as 27%, while Connecticut’s rate fell in the two decades after a purchasing permit system started.

The local pistol permit requirement began in 1919 during the Jim Crow era, and some bill supporters argue it’s still preventing law-abiding black residents from obtaining weapons. But a local NAACP leader spoke against the bill earlier Wednesday, and Marcus said such opposition is evidence to her that the current permitting system isn’t racist.

Rep. Keith Kidwell recovering from COVID-19 at home after hospitalization