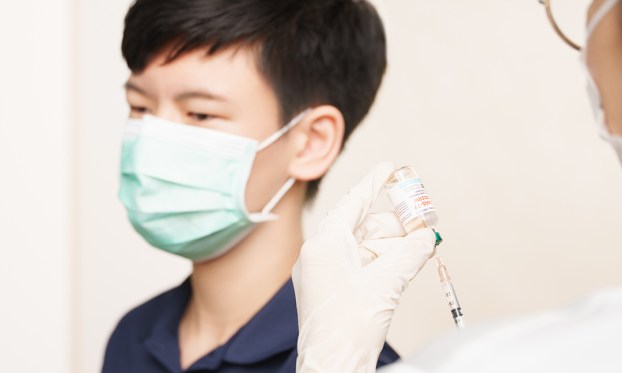 North Carolina children now must get approval from a parent before receiving the current COVID-19 vaccine available to them under legislation that Gov. Roy Cooper signed into law on Friday.

The written consent requirement is contained in a broader measure that largely expands the medications or immunizations, including vaccines, that pharmacists trained to deliver shots can administer to consumers.

The measure, which received near unanimous support in the Republican-controlled General Assembly, also states that trained pharmacy technicians and interns can administer a COVID-19 or flu vaccine under a pharmacist’s supervision.

“This important legislation will help our state administer COVID-19 vaccines more quickly and efficiently,” Cooper, a Democrat, said in a news release announcing the bill signing.

Permission from a parent or guardian applies immediately to vaccines authorized by federal regulators for emergency use — such as the coronavirus vaccine produced by Pfizer — and administered by any health care provider. Pfizer is the only COVID-19 vaccine now available in the U.S. for children 12 and older.

State law has given minors the ability on their own to be treated for certain health issues, including communicable diseases. That had included a COVID-19 vaccine if they showed “the decisional capacity to do so,” according to the state Department of Health and Human Services.

That worried some legislators and their constituents who wanted more say over whether their child could be immunized given the speed in which the vaccine was approved.

The new prerequisite, which would end once an emergency-use designation is removed, comes as many parents seek the vaccine for their older children as public schools on traditional school calendars return to class next week.

As of Friday, 292,759 North Carolina youths age 12 to 17 have gotten at least one shot of the two-dose Pfizer vaccine, DHHS data shows. The vaccinated youth are close to 37% of the nearly 800,000 children in that age group. Sixty-four percent of adults in North Carolina have received at least one dose of any COVID-19 vaccine.

The broader bill would direct the state health director to issue standing orders for immunizing pharmacists to administer more medications without an additional doctor’s prescription. They include certain nicotine smoking cessation programs, some oral contraceptives or those delivered through a skin patch, and prenatal vitamins.

A statewide mask mandate ended last month in North Carolina. As coronavirus cases and hospitalizations increased this summer, Cooper and health officials ultimately urged K-12 schools in the new school year to require masks for students and staff while indoors.

Many local school boards who initially decided to make masks optional this fall changed their policies. As of Friday, 85 of the state’s 115 districts have now decided to require masks, The News & Observer of Raleigh reported.

Child in critical condition after shooting that also injured mother