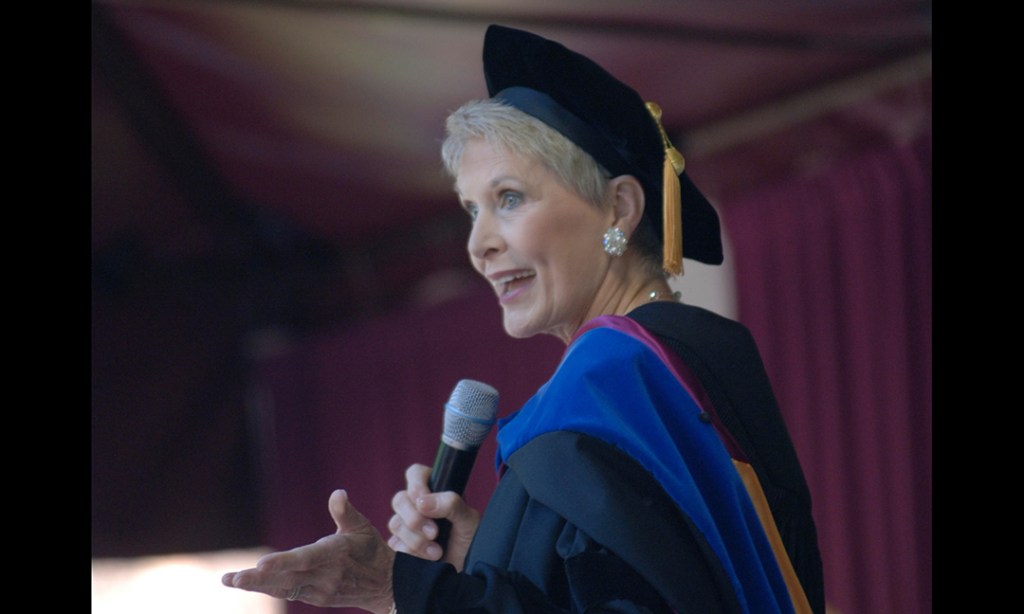 Jeanne Robertson, who parlayed her appearance in the Miss America pageant into a career as a speaker and humorist, died unexpectedly Saturday. She was 77.

Her death was announced by Elon University, where she served as a trustee. A cause of death was not released.

“We have lost one of Elon’s greatest friends,” university President Connie Ledoux Book said in a statement. “Jeanne Robertson loved to tell the Elon story wherever she went.”

Her pageant experience – and her 6-foot-2-inch frame ­ often provided fodder for her comedy routines, delivered in her Southern accent.

She played college basketball at Auburn and taught physical education in North Carolina for eight years after graduating in 1967.

She was a one-time president of the National Speakers Association and was inducted into its Hall of Fame in 1981.