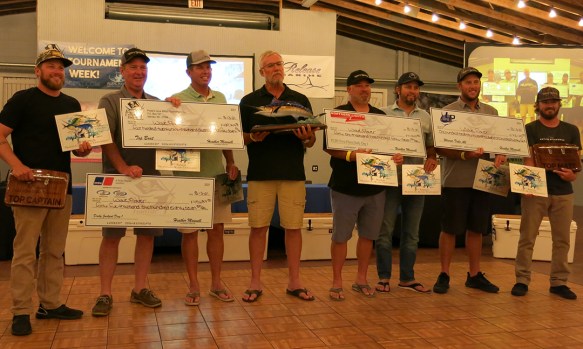 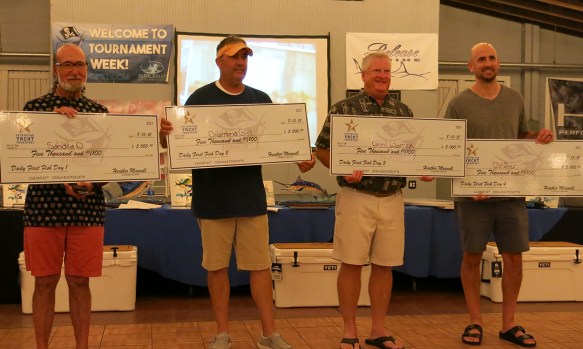 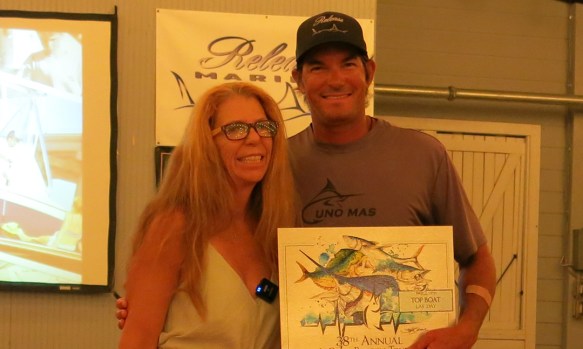 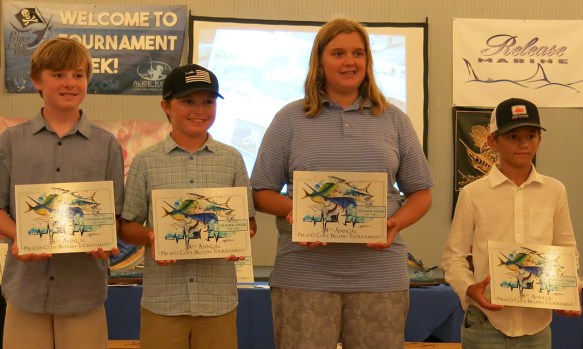 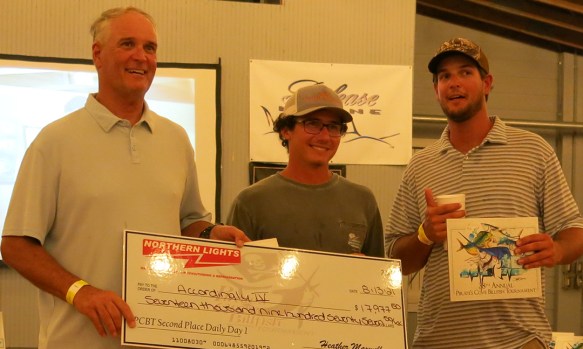 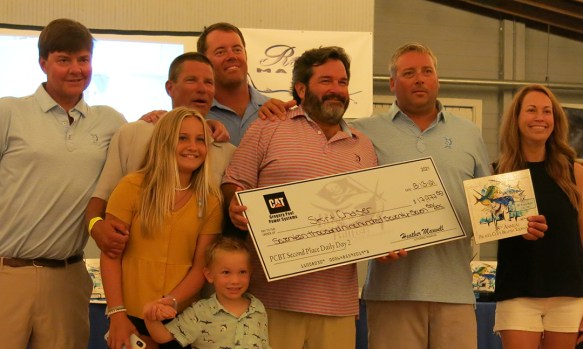 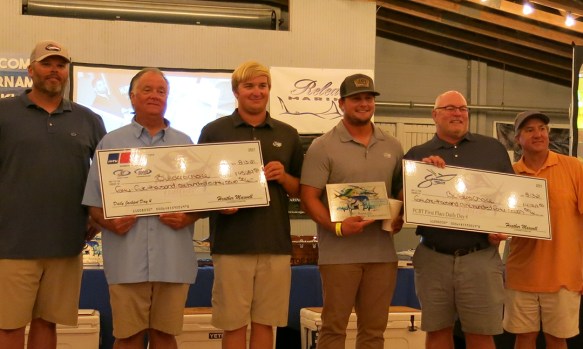 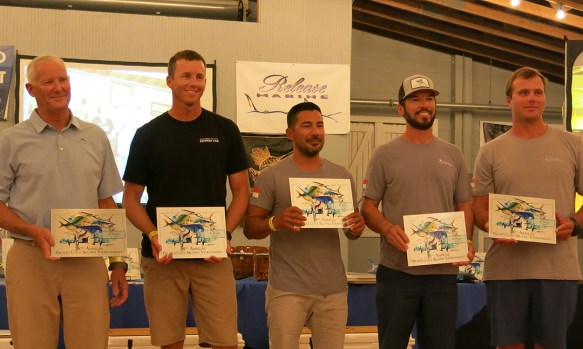 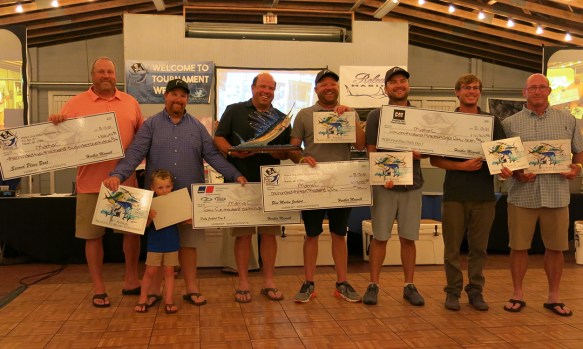 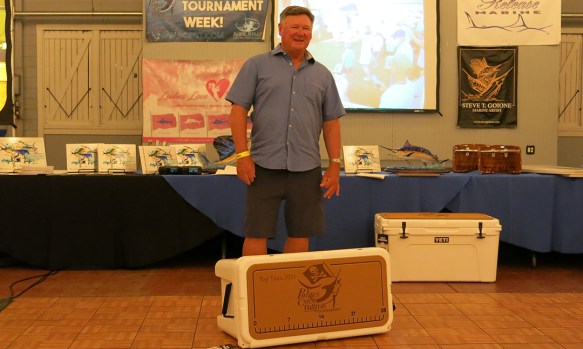 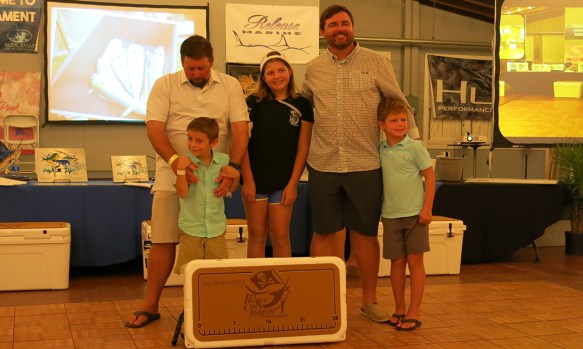 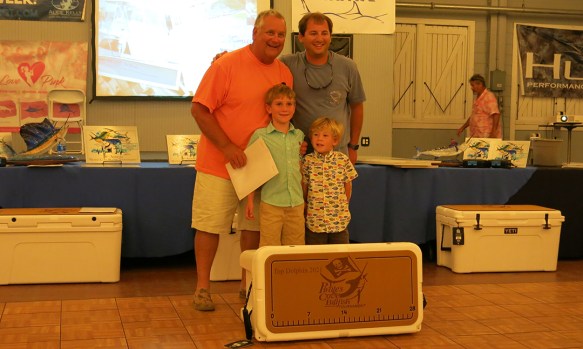 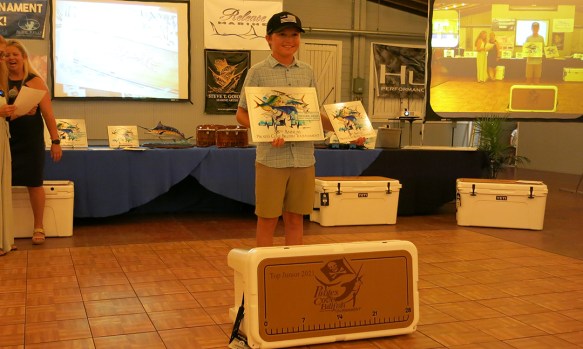 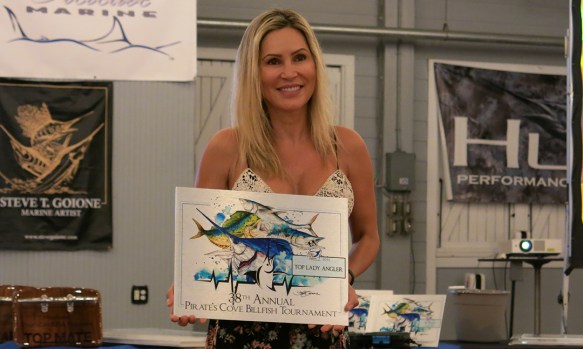 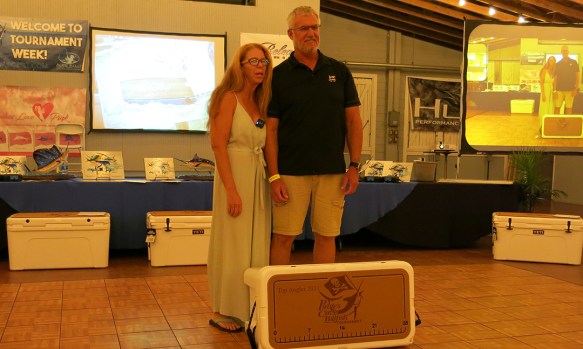 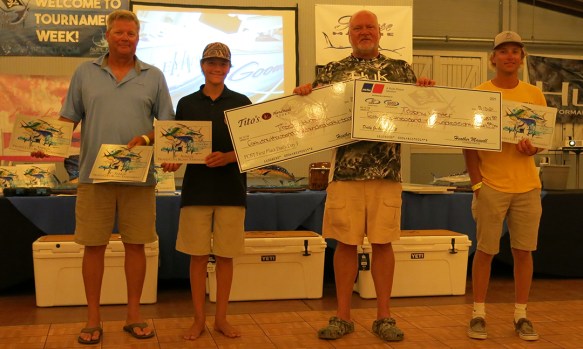 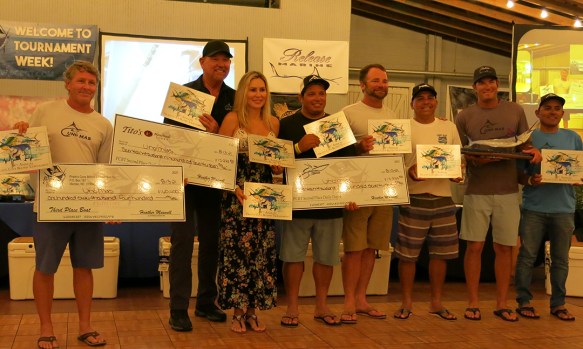 The action during the 38th annual Pirate’s Cove Billfish Tournament wasn’t quite up to the usual pace associated with this event. But that didn’t stop Wave Paver from claiming victory over the other 98 competitors and capturing the biggest share of the more than $1.2 million in overall prize money. The 77’ Bayliss released 11 billfish, worth 1,250 points, during three days of fishing. Wave Paver is owned by JR Davis, with Capt. Russell Sinclair at the helm. Doug Southworth and Garett Van Orman are the mates. The boat is based in Port Canaveral, Florida.

Wave Paver swept first-place categories for top boat, overall points, Day 1 billfish daily and jackpot, plus the new winner-take-all jackpot for total winnings of $429,747. Davis was named the top angler of the week with six releases to his credit.

Brown Gaddy, fishing with his father Capt. Fin Gaddy aboard Qualifier (57’ Paul Mann), was named the Top Junior Angler for the week with his billfish release.

A total of 252 billfish were let go overall, including 228 white marlin, 19 blues, four sailfish and one spearfish. Fifty-seven game fish came to the scales, including 40 yellowfin tuna.

“My goal when I returned to the Pirate’s Cove Billfish Tournament was to get the purse back over one million dollars to make it a world-class event again and we did that,” said tournament director Heather Maxwell. “Thanks to all our teams for participating, our wonderful sponsors, including Willis Yachts, and my great staff and volunteers. We look forward to seeing everyone again next year.”