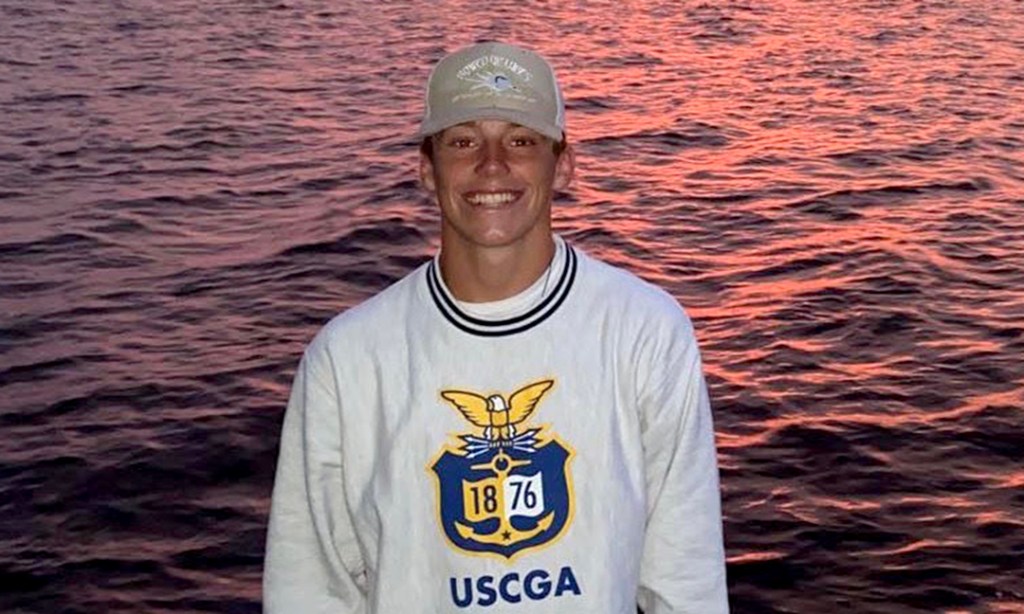 Mark Twain said: “The two most important days in your life are the day you are born and the day you find out why.”  Nick Gardill, a senior at First Flight High School, is getting close to learning his “why.”

The Coast Guard Academy is the service academy of the United States Coast Guard in New London, Connecticut. Founded in 1876, it provides education to future Coast Guard officers in one of nine major fields of study. Students are officers-in-training and are referred to as cadets. Upon graduation, they receive a bachelor of science degree and are commissioned as Coast Guard ensigns with a five-year active-duty service obligation, with additional years if the graduate attends flight school or subsequent government-funded graduate school. 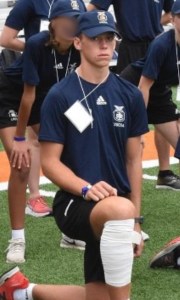 Nick Gardill and other students learning how to mass greet their cadre as a platoon. Courtesy photo

Gardill and the 200 other program participants were challenged with a 24/7 program of physical challenges, intellectual exploration and team building opportunities that stretched them to the max. They enjoyed competitions like the one Gardill’s team won requiring them to quickly build popsicle stick boats that would hold several Coke cans while still floating. They were also challenged to build a working antenna that would allow them to communicate from point to point across the Coast Guard Academy’s campus.

Beyond all the activities, Gardill confirmed that he experienced some of the treatment that one might encounter at the Coast GuardAcademy. “About Face!” “Right Face.” “Eat square with your eyes on the boat.” While some of these military-bearing lessons were a bit shocking, they ingrained in the students the Coast Guard motto: “Semper Paratus – Always Ready.” Gardill is ready to take the next step in his life as he looks to apply to the Coast Guard Academy in the fall, with the hope of playing on the lacrosse team.

Gardill serves as a lifeguard for Duck Surf Rescue and a junior firefighter for Southern Shores Fire Department. He plays lacrosse, baseball and swims for First Flight High School. In his spare time, he enjoys fishing, hunting and boating.

The Outer Banks Flotilla of the Coast Guard Auxiliary was proud to have supported Gardill’s attendance through a full scholarship to the AIM program.

The Coast Guard Auxiliary is the uniformed civilian component of the U.S. Coast Guard and supports the Coast Guard in nearly all mission areas. The Auxiliary was created by Congress in 1939. For more information about a boating course near you or to learn more about water safety or becoming one of America’s Volunteer Lifesavers, visit www.cgaux.org.

– Submitted by the Outer Banks Flotilla of the Coast Guard Auxiliary.