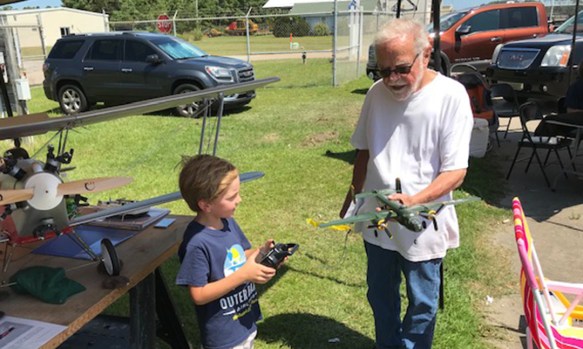 Virgil Kee explains how his B-25 Mitchell is controlled to a young guest at National Aviation Day. Courtesy Dare County Radio Control Flyers 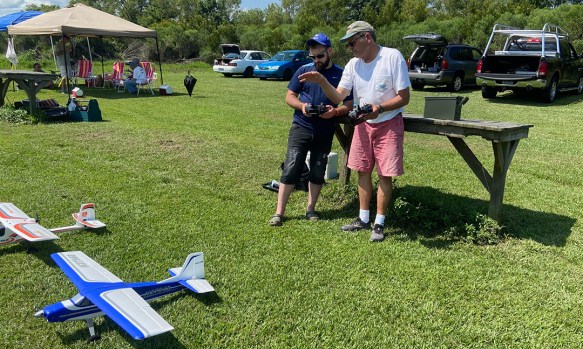 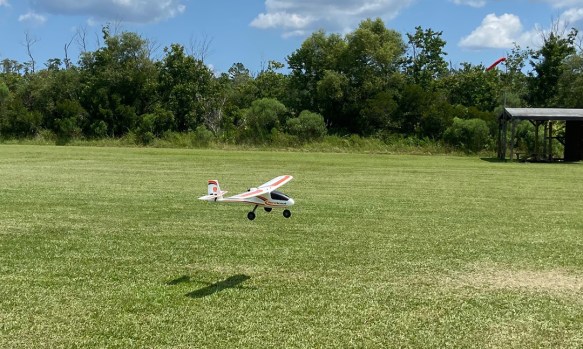 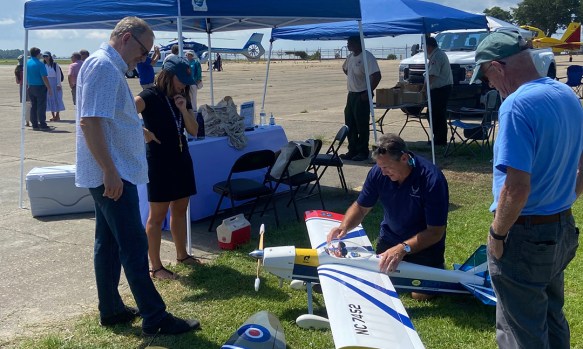 “The AMA is the nation’s oldest aeromodeling organization that works to promote, develop, educate, advance and safeguard model aviation activities,” stated a press release from the Dare County Radio Control Flyers. “It serves more than 200,000 members from every walk of life, income level, and age group, and includes over 2,500 chartered clubs throughout the United States.”

According to club president Jim Davis, “Our members have been working hard to meet these standards over many months, and we are very pleased that our efforts were realized.”

“We strive to make events which we host or participate in informative and fun for everyone,” stated Davis.

Both events were well-attended and many attendees were either afforded the opportunity to actually fly a model aircraft or were given a hands-on experience about how a model aircraft is controlled in the air. “Seeing the enthusiasm, curiosity, and interest of especially the younger attendees was especially inspiring to our members,” Davis added.

Dare County Radio Control Flyers was chartered in 1989 by the AMA and serves to promote radio control model aviation as a sport and recreational activity at the home of the Wright Brothers first flight, the Outer Banks of North Carolina. The club is a self-supporting, not-for-profit organization that is always looking for new members to share their passion for radio control model aviation. Membership is open to anyone with an interest, including those with little or no experience in the hobby. Those interested in further information are invited to visit dcrcf.club or to contact the club at 252-656-2FLY (2359).

New event added to Day at the Docks schedule