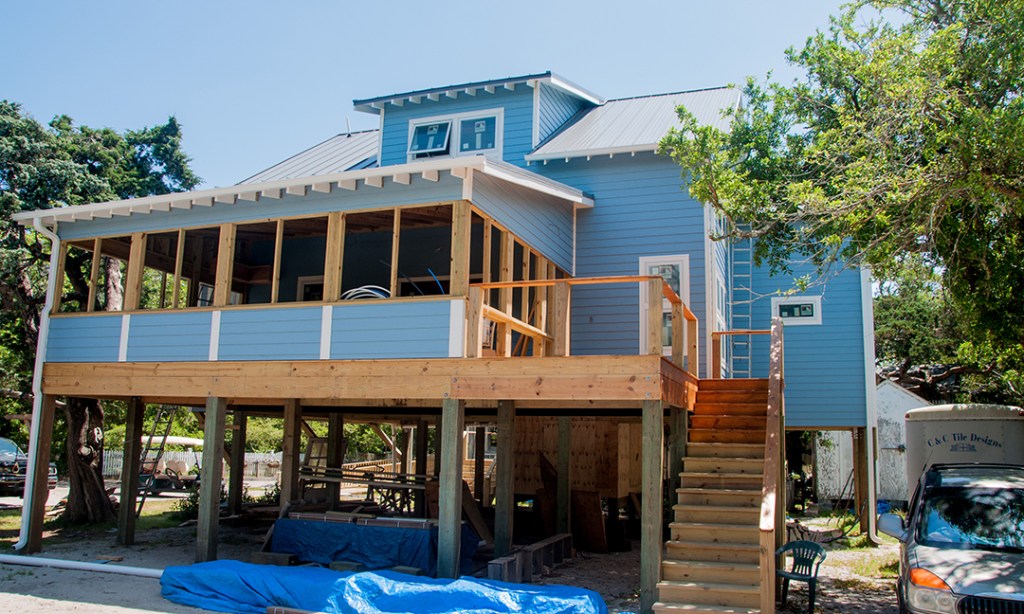 The Outer Banks Community Fund completed work on a grant funded by the American Red Cross. The grant was designed to assist families in need following Hurricane Dorian and to provide the Community Foundation with resources to review and improve its disaster response process.

“The partnership between the Red Cross and the Outer Banks Community Foundation leaves both the Community Foundation and the community we serve stronger and better prepared to respond to future disasters,” said Community Foundation president and CEO Chris Sawin. “Our thanks go out to our nonprofit partners, and to disaster relief coordinators Bob Muller and Susan Rhew, for their work on this grant.”

The grant also funded mental health services on Ocracoke Island, which were provided through Ocracoke Interfaith Relief and Recovery Team (OIRRT) and staffed by Earle Irwin, a retired clinical nurse specialist. “Her services were welcomed by the island’s residents as they worked to overcome the extensive damages, losses, and disruptions caused by Hurricane Dorian,” stated a press release from Outer Banks Community Foundation.

Work managed under the grant helped repair and rebuild 41 homes, six of which were funded directly by the Red Cross. The home repair work was accomplished by volunteers working with Ocracoke Interfaith Relief and Recovery Team and UMCOR (the United Methodist Council on Relief).  Work done by Cape Hatteras United Methodist Men to repair and elevate repetitive loss properties on Hatteras Island was also administered under the ARC grant.

“In addition to repairing hurricane-damaged homes, the Red Cross grant afforded the Outer Banks Community Foundation the opportunity to restructure its disaster response program,” stated the release. “The program will now include more nonprofits and will have better defined operating parameters. Changes were made as to how costs are covered, to the Community Foundation’s internal and external operational plans, and even how disaster relief donations are accounted for. The improvements were driven by the Community Foundation’s nonprofit partners, and discussions with Dare County Emergency Management, Dare County Social Services, and Hyde County.”

Final funds from the Red Cross grant were awarded to Ocracoke Interfaith Relief and Recovery Team, Cape Hatteras United Methodist Men and Cape Hatteras Community Emergency Rescue Team and are being used to replace supplies and equipment expended but not replaced by the groups after Hurricane Dorian.