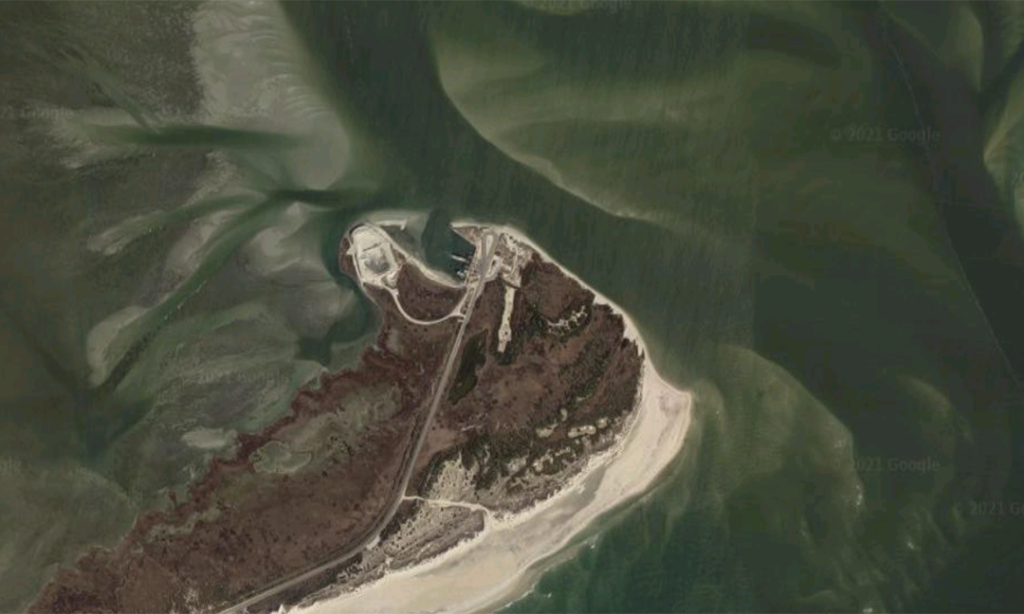 The area of Hatteras Inlet near the Ocracoke ferry docks. Google Maps image

According to information from Sgt. John Beardsley, on September 6, 2021 at approximately 2 p.m., “Hyde County 911 received a report of a serious boating incident in the vicinity of Hatteras Inlet near the Ocracoke ferry dock. A rented vessel from Hatteras Parasail was traveling South West across Hatteras Inlet when it ran aground on a sand shoal.”

Brandi A. Lash, 29, of Round Hill, Va., was ejected from the 21′ Carolina Skiff and then run over by the same vessel, stated the information from Beardsley. Lash died as a result of her injuries and her family has been notified.