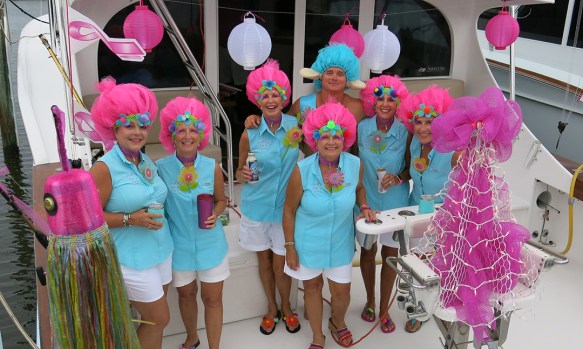 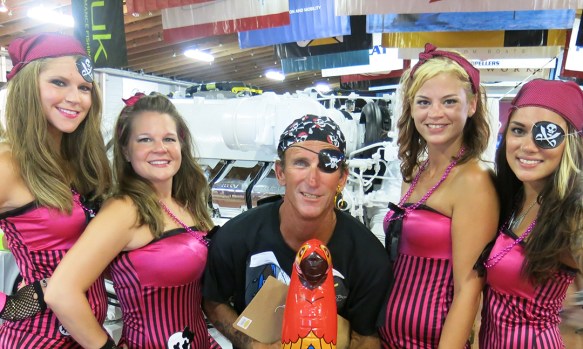 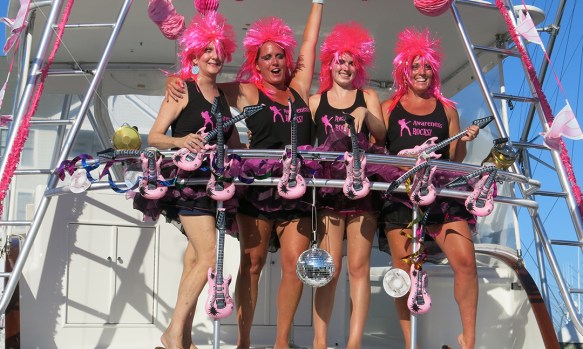 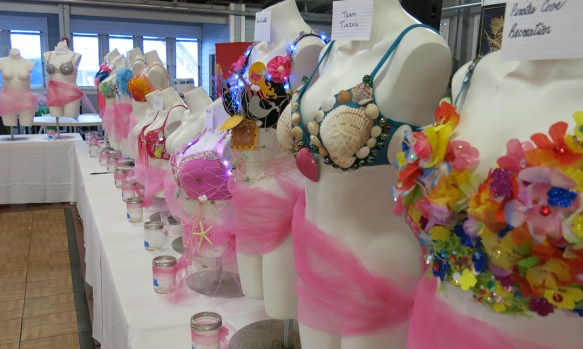 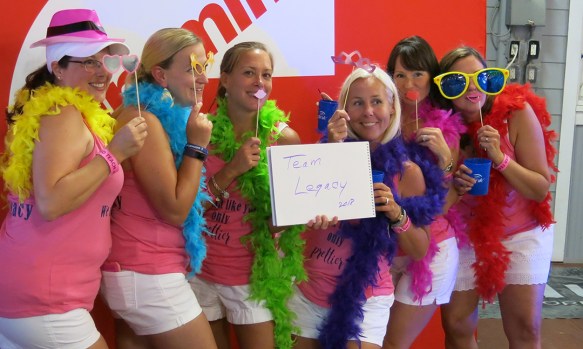 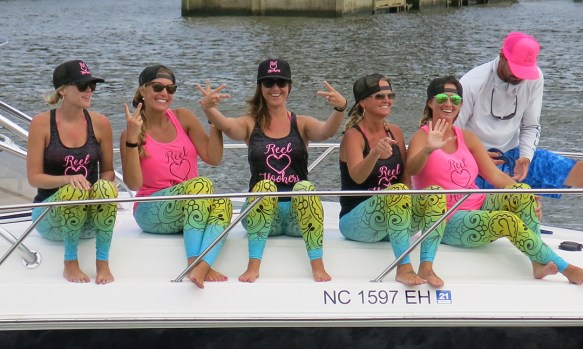 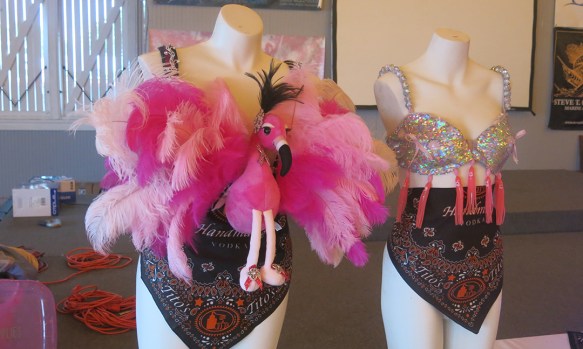 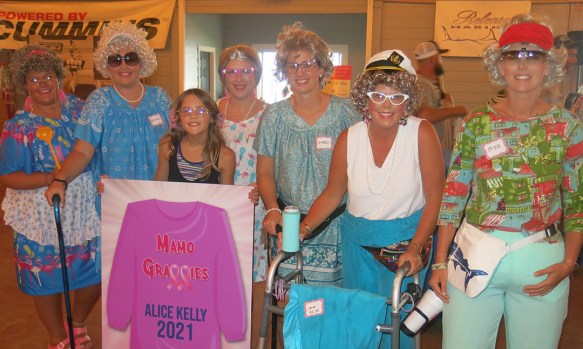 The 2021 Alice Kelly Memorial Ladies Only Billfish Tournament is now part of the event’s long history, but the impacts continue to be felt all over Dare County, North Carolina. For a recap, this was the 32nd year of this colorful charity contest. Tarheel, a 62’ Bayliss Boatworks owned and run by Capt. John Bayliss, and the team of local lady anglers took the top trophy as well as the Billfish Jackpot prize of $42,500 after releasing three whites and one blue marlin. A record 145 boats with nearly 900 female anglers competed in this year’s Alice Kelly Memorial.

In addition to a fun day on the water, colorful team costumes and the boat/bra decorating contests, this tournament is a major fundraiser for a local non-profit and the recent jumps in participation now make it the largest ladies-only billfish tournament in the world. An avid Outer Banks angler – Alice Kelly – was the inspiration.

After she was diagnosed with Hodgkin’s lymphoma and couldn’t get local treatment, Kelly formed the Outer Banks Cancer Support Group in 1989. The group of volunteers assisted cancer patients by driving them to out-of-town facilities. There were no local cancer treatment options on the Outer Banks until the mid-2000s.

After Kelly lost her battle with cancer, a group of friends, led by Mike Nolan, the former sales director for the Pirate’s Cove Realty, started the tournament in 1989 as a memorial to her and to raise funds for the support group.

In 2015, the Interfaith Community Outreach program absorbed the group and expanded its role. The ICO, a non-denominational 501 C (3) non-profit organization, is led by a board of directors, with two staffers. It is the largest non-profit on the Outer Banks. Jenniffer Albanese is the executive director and Jean Freeman serves as the community outreach coordinator.

“We love the Alice Kelly Tournament,” Albanese says. “It accounts for one-half of our cancer outreach budget, so it has helped a lot of people. The money raised is earmarked for Dare County residents only.”

Even though many of the tournament contestants’ costumes and themes highlight breast cancer, the ICO aids all types of cancer patients, including men and children. The mission is temporary emergency crisis management and approved applicants receive up to $2,500 per person for all types of cancer-related assistance. The majority are breast cancer patients, but numerous other types of cancer are also covered. The recipients have no insurance or lack comprehensive coverage for different reasons. Grants can be used for transportation costs, prescriptions, mortgages, rent, utility bills, child care, funeral expenses, etc. The ICO also works with local hospitals, churches and other area service groups with referrals for additional assistance. In 2020, the ICO assisted 280 Dare County families with the donations received from the Alice Kelly Memorial.

“The ICO outreach is incredible,” says tournament director Heather Maxwell. “They help patients with all types of cancer, not just breast cancer. I’m really proud that the tournament is able to help fund the great work of an organization that really supports the local community.”

After first reaching the benchmark donation level of $15,000 in 2002, the Alice Kelly Memorial Ladies Only Billfish Tournament has grown substantially over the last two decades. There were 60 boats competing in the early 2000s, but the field topped 100 in 2007. That was the first year credit cards were accepted for entry fees.

The popular Dolphin Jackpot prize was an added incentive in the mid-2000s and the Billfish Jackpot was introduced this year. For the 2021 tournament, more than $100,000 in entry fees were generated. Fifteen percent of the purse is donated directly to the ICO for Dare County cancer support.

“The Gaddy Family Foundation donates to the ICO through the Alice Kelly and we get a lot of other individual donations as well, which are passed on,” Maxwell explains. “In 2016 we had really bad weather but only four boats dropped out. People support this tournament because of the charity aspect. And the party.”

Teams dress in elaborate themed costumes for the kick-off party. The boats are also decorated and the bra contest adds more money to the donation coffers.

“The camaraderie and friendship are a huge part of this tournament,” Maxwell says. “Anglers fish on behalf of someone they lost, like mothers, grandmothers, friends or co-workers. And for a lot of them, this is the only day they get to go fishing each year. So they have a ball with it.”

Alice Kelly would certainly be proud of that distinction. And the reason why anglers fish her namesake event.