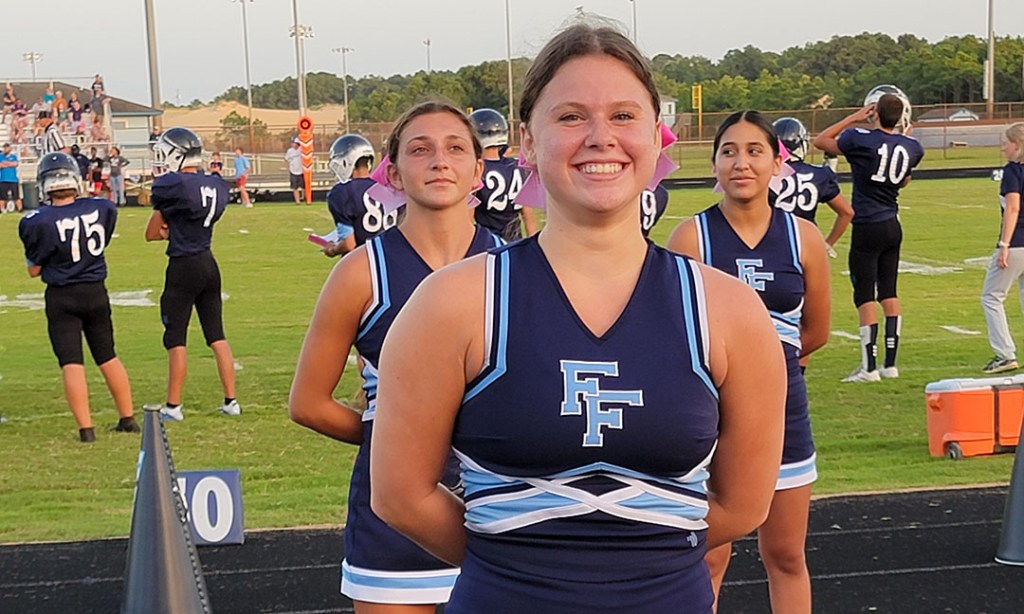 Recent high school sports action saw the First Flight varsity volleyball team win a Tuesday, September 7 home conference match against Manteo 3-2. Although Manteo took the opening match 25-22 and came back in the fourth with a 26-24 win, First Flight prevailed with 25-19, 25-17 and 15-10 wins in the other three. Playing at Perquimans on Wednesday, First Flight fell to Perquimans 3-0 in 19-25, 16-25 and 11-25 matches.

Earlier this season, in a September 2 Northeastern High School 5,000 meter cross country meet at Elizabeth City, First Flight took first and Manteo was third in both boys and girls races. First Flight’s Warner Campbell was the overall boys winner with a winning time of 16:25. Tatum Dermatas led her First Flight team to the finish line with a 19:56.

Leading Manteo runners to the finish line were Ezekiel Leary at 12th the boys race and Madison Flynn taking second place in the girls event.